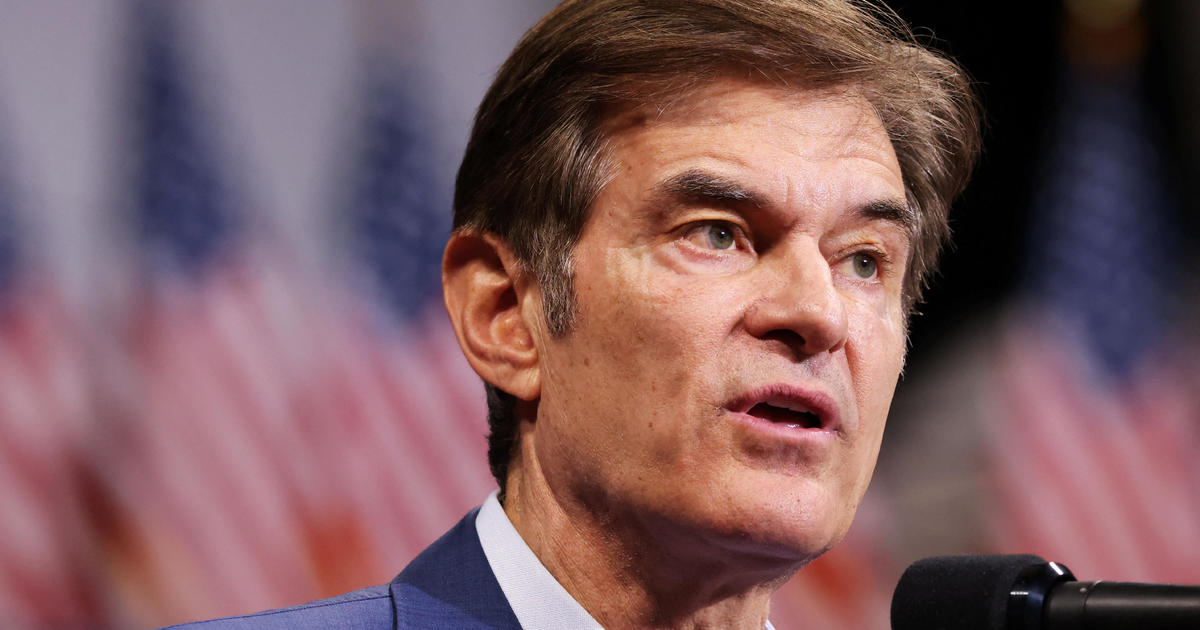 The 18,559-square-foot estate has been valued at more than $36 million, according to local appraisal records. In an interview with Boca Raton Magazine in 2018, the celebrity physician described the mansion as “our house” and raved about Palm Beach, which he said was “like a playground to me in many ways.”

The opulent Florida property has so far escaped the level of attention given to some of Oz’s other houses, such as the New Jersey mansion where he resided for years until 2020. Oz’s Democratic opponent in the hotly contested race, Pennsylvania’s Lieutenant Governor John Fetterman, has highlighted the New Jersey residence in viral social media videos, including one starring “Jersey Shore” cast member Nicole “Snooki” Polizzi.

Oz’s campaign has sought to move past questions about his residency and real estate, but the Palm Beach mansion brings with it a unique set of political concerns for Oz as he tries to rebuff allegations that he’s “sort of parachuting into Pennsylvania,” said Penn State Harrisburg political science professor Daniel Mallinson.

“It just all kind of plays into that narrative that they’re trying to, I think, push back against,” Mallinson said.

Oz purchased the mansion in 2015 with the help of Florida attorney Leslie Evans, whom the deed describes as a trustee for the property.

The year before, Evans was involved in the purchase of a foreclosed Connecticut mansion. It was a transaction that became central to federal fraud cases filed in 2018 that saw four other people plead guilty to bilking investors out of millions.

The group was accused of luring foreign investment in a Palm Beach hotel with the promise of inclusion in the federal EB-5 visa program, which expedites consideration of visa applications for foreigners who contribute at least $500,000 to development projects that create domestic jobs. According to court filings, dozens of people paid the hefty fee, plus an extra $40,000 each, and lost their money.

Prosecutors accused the group of using their investors’ money to fund lavish lifestyles, pay “credit card debts and to purchase two properties located in Washington Depot, Conn.,” according to an April 2019 Justice Department press release. Evans ultimately admitted to falsifying information related to one of those Connecticut properties.

In a brief interview with CBS News, Evans acknowledged a long relationship with Oz, who was not involved in the scheme.

As Evans dealt with a lawsuit, a Securities & Exchange Commission investigation, and ultimately a federal indictment, he continued on as trustee for the mansion, documents show. His name appears on local government filings related to the mansion — such as a permit for a storm drainage system and a tax exemption — repeatedly over the years.

The campaign did not reply to questions about Evans’ relationship with Oz, or his role as trustee for the property. On Feb. 22 of this year, Evans signed a document related to the $60,000 local tax exemption for the mansion. The tax exemption was first reported by the Miami Herald.

That same day, Evans’ attorneys and federal prosecutors informed a court that they had reached an agreement to avoid a criminal trial. Evans, who had pleaded not guilty in the fraud case, admitted to a limited set of facts related to the Connecticut home purchase, and agreed to enter into a judicial diversion program. He maintains his innocence of all charges.

Alleged victims of the EB-5 scheme claimed in a 2016 lawsuit to have lost a combined $50 million. Evans reached undisclosed settlement agreements with 61 plaintiffs in the suit, but admitted no wrongdoing. David George, an attorney who represented dozens of the alleged victims of the scheme, said his clients also lost out on their visas.

“That was one of the most egregious fraud cases I’ve ever dealt with,” George said. “I do not equate a diversion program and the admission of facts as clearing anyone’s name.”

Oz’s relationship with Evans has not previously surfaced during his bid for a U.S. senate seat in Pennsylvania, even as a series of controversies involving Oz’s properties and investments have dogged him.

The celebrity doctor has struggled for months to give a clear accounting of his wide-ranging property holdings. In August, a person identified by The Daily Beast as a Democratic campaign operative approached Oz at a campaign event and asked him how many houses he owns. A video shows Oz replying, “Well I, legitimately, I own two houses. But, uh, one of them we’re building on; the other ones I rent.”

The Daily Beast reported later that month that he actually owns 10 houses, including the Palm Beach mansion. Oz then sought to clarify in a tweet that he has “10 properties (disclosed when I announced). 2 homes,” referring to his campaign finance disclosure.

The disclosure actually shows investments in at least 18 properties, 10 of which have houses on them. The Louwana mansion is one of the 10. But the two he calls homes are a Pennsylvania property purchased in 2021 and his residence in New Jersey.

Earlier this year, Oz listed Louwana for rent for $275,000 per month. The listing has since been taken down.

Asked why the other properties were not included in his tweet, in particular four buildings used for Marriott subsidiary hotels, a source with knowledge of Oz’s holdings drew a distinction between outright ownership and properties for which Oz is an investor.

“He does not own these properties. He bought into a real estate investment partnership. They are simply investments,” the source said.

That partnership has proven lucrative for Oz. Four other buildings sold in 2021, netting him $1.3 million.

A spokesperson for Fetterman criticized Oz for not including the investment properties in his August tweet.

“A house? A property? An investment property? What? Dr. Oz is so out of touch that he doesn’t even get that real people—people who he claims he will fight for in Washington—don’t care about the difference,” said Emilia Rowland, the spokesperson.

Just two of the 18 properties are in Pennsylvania, one of which is owned by a trust associated with Oz’s wife.

Fetterman has sought to portray Oz as an out-of-stater. And according to Mallinson, the Florida mansion plays into that portrayal.

“Fetterman has been painting Oz as somebody who’s not from Pennsylvania and is an outsider. And so more properties in other states just reinforces that same narrative,” Mallinson said.