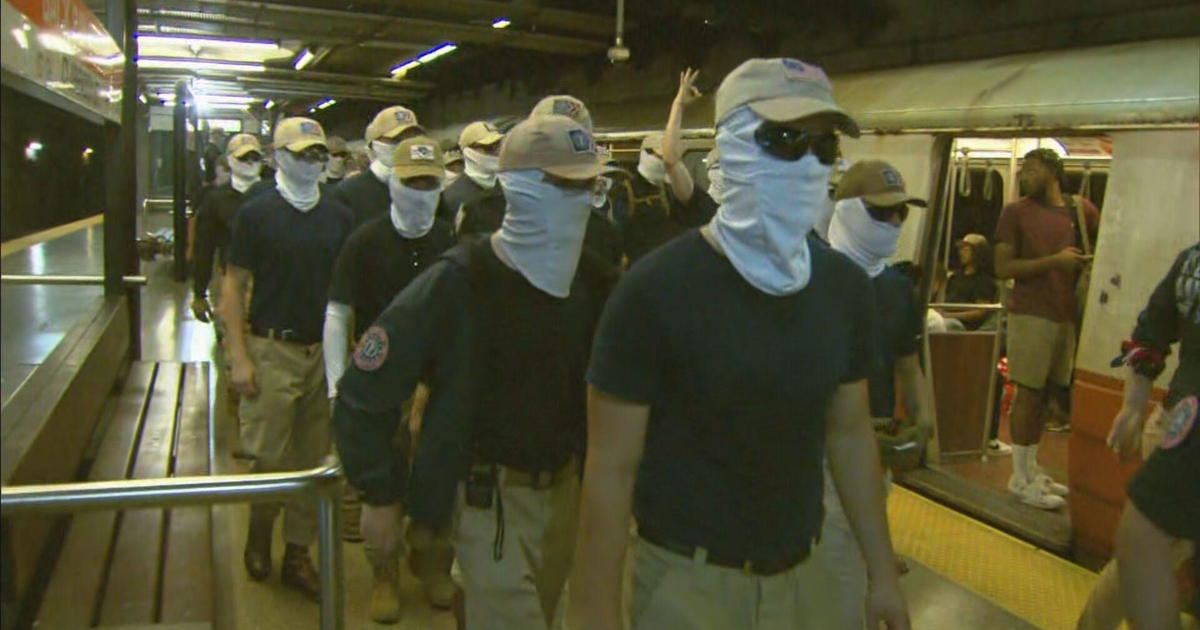 BOSTON — Dozens of white supremacists marched through Boston on Saturday.

They are members of a group called Patriot Front.

According to the Southern Poverty Law Center, which monitors extremist ideology, Patriot Front promotes fascism and the creation of a white ethnostate.

In response to the group’s visit to Boston, Mayor Michelle Wu said in a statement to WBZ-TV, “The disgusting, hateful actions and words of white supremacist groups are not welcome in this city. Especially in a moment when so many of our rights are under attack, we will not normalize intimidation by bigots. This weekend as we remember Boston’s legacy as the cradle of liberty, we celebrate the continued fight to expand those liberties for all and ensure that Boston will be a city for everyone.”