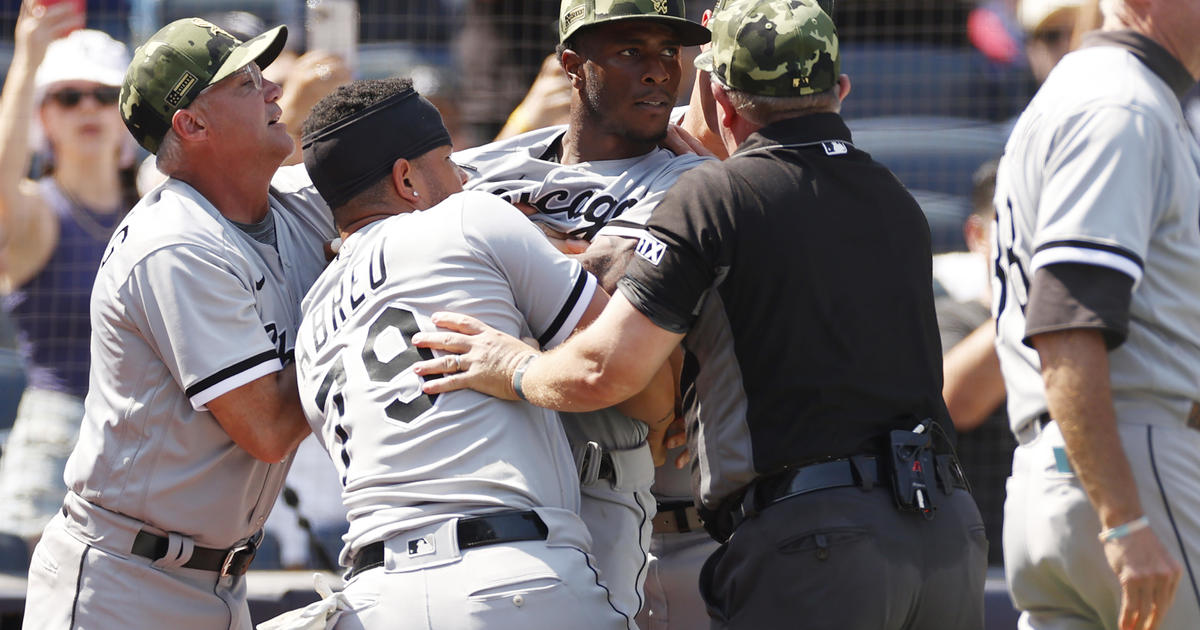 NEW YORK (AP) — On a steamy afternoon that saw yet another dustup between Josh Donaldson and the White Sox, DJ LeMahieu hit an early grand slam and the New York Yankees beat Chicago 7-5 in a contentious contest Saturday.

A week after they scrapped in Chicago when Tim Anderson objected to a hard tag by Donaldson, the two stars sparred again. This time, White Sox catcher Yasmani Grandal joined the fray, too.

In the third inning, Donaldson had rounded second base after the final out and began jawing with Anderson as the teams came off the field. Donaldson, a former AL MVP in his first season with the Yankees, was escorted off the field by manager Aaron Boone and Anderson, an All-Star shortstop, was led off by third base coach Joe McEwing.

In the fifth, Grandal stood up from his crouch and began jawing at Donaldson as he approached the plate. The barking continued as relievers ran in from the bullpens and the benches emptied, with Chicago manager Tony LaRussa also yelling at Donaldson.

Anderson continued to shout at Donaldson while being restrained by José Abreu and infielder Gavin Sheets. After a few minutes, umpires issued warnings to both sides and Donaldson struck out.

It was the second incident of the season between Donaldson and Anderson, who also exchanged words after a pickoff play at third on May 13 in Chicago. Donaldson appeared to knee and push Anderson while applying the tag, Anderson responded with a shove and both players exchanged words, resulting in the benches and bullpens clearing.

Last season with Minnesota, Donaldson got into a spat with the White Sox when he appeared to yell “not sticky anymore” — a reference to grip-enhancing substances pitchers use to control the ball — after hitting a homer against Chicago ace Lucas Giolito.

Before the extra-curricular activities, LeMahieu capped a five-run second off Dallas Keuchel (2-4) by hitting a 341-foot drive into the short porch in right. It was his second career grand slam and first since Aug. 27, 2018.

Isiah Kiner-Falefa singled home a run, Donaldson had an RBI groundout and Anthony Rizzo lifted a sacrifice fly as the Yankees improved to 29-10. It is their best 39-game start since the 1998 team opened 30-9 and matched the third-best start in team history.

Abreu hit a three-run homer off Nestor Cortes as the White Sox lost to the Yankees for the 10th time in 12 games. Anderson singled twice and reached three times.

Cortes, who entered with an MLB-best 1.35 ERA among qualified pitchers, allowed three runs and six hits in five innings. It was the 17th straight start he permitted three runs or fewer – the second-longest streak in team history.

Michael King allowed RBI doubles to Leury García and Josh Harrison but stranded two in the sixth. Jonathan Loáisiga got three strikeouts with two on in the seventh.

Miguel Castro and Clay Holmes combined on a scoreless eighth. Holmes also pitched the ninth for his fourth save.