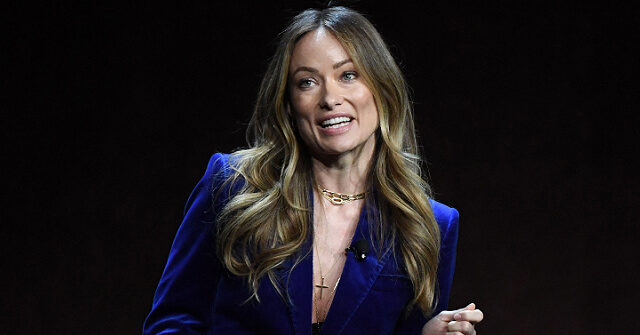 Disgraced director Olivia Wilde says the villain in her upcoming movie is based on Dr. Jordan Peterson.

To hype her upcoming movie, Don’t Worry Darling, Wilde has been cheating on her fiance and telling lies about firing Shia LaBeouf. Now, to try and salvage her woke credentials, which she knows will help her movie receive better reviews than it deserves from corrupt film critics, she’s trashing Dr. Peterson by comparing him to her movie’s villain, played by Chris Pine.

The interview was published Thursday by actress Maggie Gyllenhaal:

WILDE: We based that character on this insane man, Jordan Peterson, who is this pseudo-intellectual hero to the incel community. Do you know the incels?

WILDE: They’re basically disenfranchised, mostly white men, who believe they are entitled to sex from women.

WILDE: And they believe that society has now robbed them—that the idea of feminism is working against nature, and that we must be put back into the correct place.

GYLLENHAAL: Well, they must be psyched. Things are going really well for them.

WILDE: Yeah, they’re actually succeeding in many different ways. But this guy, Jordan Peterson, is someone that legitimizes certain aspects of their movement because he’s a former professor. He’s an author; he wears a suit, so they feel like this is a real philosophy that should be taken seriously.

WILDE: Yeah. But it was a dream to work with all these evolved men on this movie who understood what we were trying to say.

Wilde is pulling a Kamala Harris here, just saying words that don’t mean anything but are meant to hit the sweet spot of shallow, far-left movie critics (which is pretty much all of them). She’s also telling half the country not to see the movie in the hopes trolling half the country will inspire the other half to purchase tickets for two hours of owning the MAGAtards.

Unless you’re a fascist woketard (like Olivia Wilde), Peterson isn’t even controversial. He has opinions the Woke Gestapo loves to twist into racist, sexist lies, but as we saw in his epic destruction of a harpy news anchorette, none of these criticisms hold water.

Peterson speaks the truth about human nature and biological sex, and the far-left, who are all desperate to rewire human nature into a world where we’re all emasculated transsexuals having sex with little boys, can’t stand the truth.

Wilde’s incel troll is especially weak and sweaty with desperation. If Wilde wants to know what a herd of incels looks like, she need only look at her male fans, especially among critics. Any guy who enjoyed her debut flop, Booksmart, has almost certainly never felt the touch of a woman.