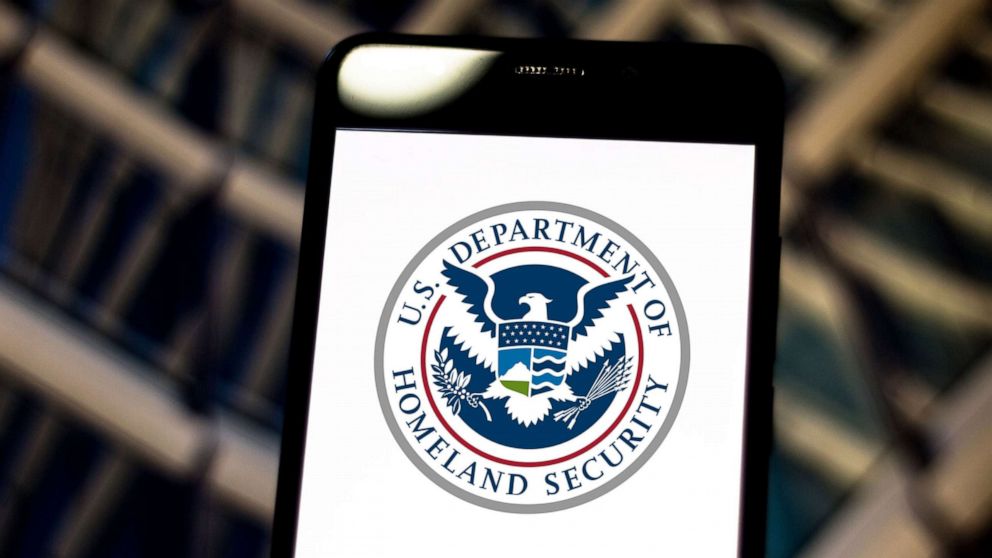 The Department of Homeland Security said Wednesday it was pausing its short-lived Disinformation Governance Board pending a review of the larger strategy behind it. The person tapped to lead the group, former Wilson Center fellow Nina Jankowicz, said she had resigned as a result.

Both Jankowicz and a DHS spokesperson said the group had itself become a target of disinformation since its creation was announced in late April. A DHS official went further on Wednesday, saying Jankowicz was “the subject of some particularly vicious and unfair attacks.”

As the official suggested, Jankowicz became the face of conservative-fueled criticism, some of it in personal terms. Others voiced concerns about her background: Jankowicz, who is routinely outspoken on Twitter, had publicly criticized Republicans and sowed doubt about the accuracy of press reports critical of President Joe Biden’s son Hunter.

More broadly, the disinformation board found detractors in the GOP and some leading civil liberties groups over the scope of its work. That scrutiny was fueled by an admittedly clumsy rollout — such as a confusing name — as well as an initial lack of specifics about the board’s operations.

In an interview with ABC News last week, Homeland Security Secretary Alejandro Mayorkas said the board wasn’t rolled out “effectively,” but that its work was “exactly contrary” to how it was being portrayed.

“It was intended to ensure coordination across the Department’s component agencies as they protect Americans from disinformation that threatens the homeland,” a DHS spokesperson said in a statement on Wednesday. “The Board has been grossly and intentionally mischaracterized: it was never about censorship or policing speech in any manner. It was designed to ensure we fulfill our mission to protect the homeland, while protecting core Constitutional rights.”

“However,” the spokesperson continued, “false attacks have become a significant distraction from the Department’s vitally important work to combat disinformation that threatens the safety and security of the American people.”

The board is now on hold awaiting a report and a review of strategy for how the department can combat disinformation effectively while still protecting civil liberties. That work will be handled by members of the recently revamped Homeland Security Advisory Council. The DHS said that former Secretary Michael Chertoff and former Deputy Attorney General Jamie Gorelick were tapped by Mayorkas to produce recommendations on the future of the group within 75 days.

“During the HSAC’s review … the Department’s critical work across several administrations to address disinformation that threatens the security of our country will continue,” the DHS spokesperson said.

In her own statement on Wednesday, Jankowicz said, “With the Board’s work paused and its future uncertain, and I have decided to leave DHS to return to my work in the public sphere. … It is deeply disappointing that mischaracterizations of the Board became a distraction from the Department’s vital work, and indeed, along with recent events globally and nationally, embodies why it is necessary.”

“I maintain my commitment to building awareness of disinformation’s threats and trust the Department will do the same,” Jankowciz said.

Administration officials emphasized that the decision to temporarily suspend the board was in part due to the “extreme” reaction from those who disagreed with it.

Mayorkas himself ultimately made the move to reassess the board before the group ever hosted its first meeting, according to the official. Asked if the decision was politically motivated, the official said the broader point was to ensure the success of the department’s mission to counter misinformation campaigns, which the government believes compromise security.

The DHS had been on the defensive about the board for weeks, with Mayorkas being pressed by Republicans about it during a Senate hearing earlier this month.

The department previously admitted that “there has been confusion about the working group, its role, and its activities” and vowed to work on building greater public trust.

DHS has said the the panel would not be involved in managing department operations and Mayorkas said the group would “bring together the experts throughout our department to ensure that our ongoing work in combating disinformation is done in a way that does not infringe on free speech, a fundamental constitutional right embedded in the First Amendment, nor on the right of privacy or other civil rights and civil liberties.”

Some Republicans cheered the board’s suspension, renewing attacks that it was “Orwellian” in nature and would, despite DHS’ statements otherwise, be “policing” U.S. citizens.

“This board was only successful in reinforcing that the Department of Homeland Security’s priorities are severely misplaced,” Rep. Mike Turner, of Ohio, and New York Rep. John Katko said in a joint statement Wednesday. “When the border crisis is worsening daily, cyber-attacks from adversaries are threatening to cripple our critical infrastructure, the rise in violent crime is putting Americans across the country in danger, and disrupted supply chains are having devastating impacts on Americans, DHS is focused on policing Americans’ free speech.”

But the group was warily received by some civil liberties advocates, too.

“The burden is on the government to explain why a Homeland Security Department needs a disinformation board in the first place,” Ben Wizner, director of ACLU’s Speech, Privacy, and Technology Project, told ABC News on Wednesday. “They really have only themselves to blame for the political backlash, given that they announced this without offering any clarity about the mission or scope of the board.”

A group of First Amendment-focused organizations wrote to Mayorkas earlier this month asking for the type of re-evaluation that DHS has now announced.

“The Department has demonstrated a readiness to cross the legal bounds of privacy and speech rights. Coupled with the Department’s checkered record on civil liberties, the Department’s muddled announcement of the Board has squandered the trust that would be required for the Board to fulfill its mission,” the groups, led by the nonprofit Protect Democracy, said in a statement.

Former Acting Head of Intelligence and Analysis at DHS John Cohen, who is also an ABC News contributor, said the responsibilities of the board were widely misunderstood.

“The intention of the board was to facilitate the discussion on policy issues impacting the department, it was meant to ensure that the department protected privacy and civil liberties, as they move to evaluate threat related online content,” Cohen said.

Cohen, who helped stand up the disinformation board and left the department last month, said earlier in May that the board addressed a communication issue within the department.

“It didn’t coordinate operational activities, it wasn’t governing intelligence operations, it had no input on how organizations collect intelligence or information,” he said then. “It was simply intended to be a working group that would gather on an ad hoc basis to address matters of policy.”