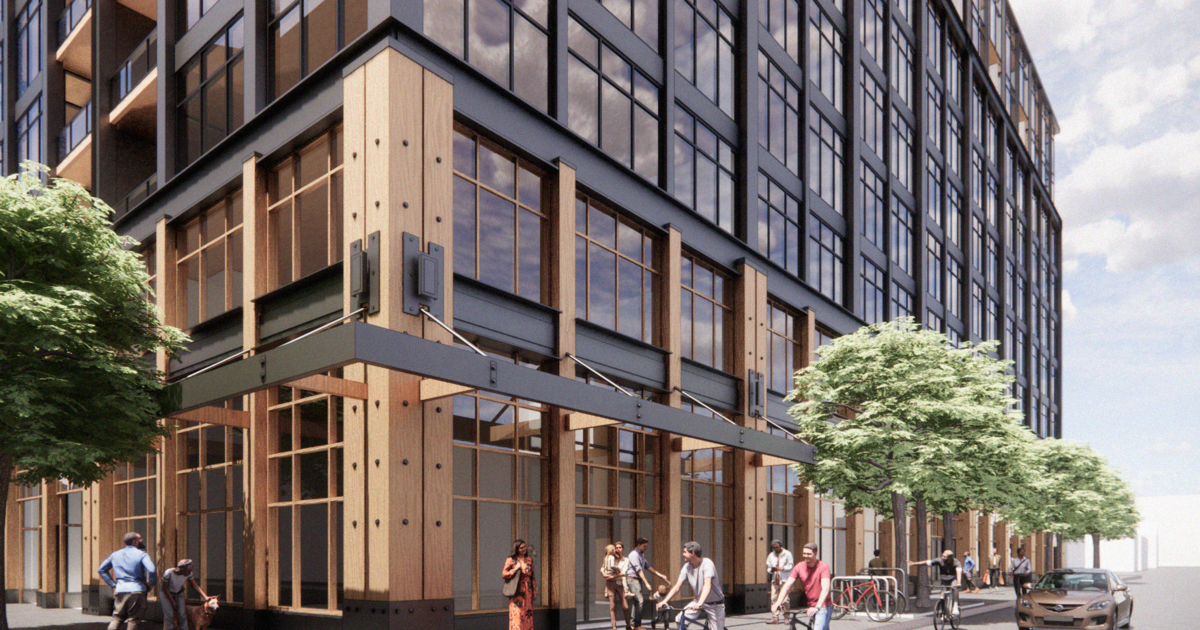 Sterling Bay said next year, it plans to construct a nine-story timber building at 2100 N. Southport Ave., at Dickens Avenue, on the western edge of the Lincoln Park neighborhood.

The developer said the building will be the tallest timber-made structure since the Great Chicago Fire of 1871.

In the wake of the great fire, wood was deemed an unsafe building material, while Chicago became an architectural innovator using other materials – including steel and concrete.

But Sterling Bay noted that in our 21st-century world, a fire-resistant laminated timber alternative called mass-timber has inspired architects – both for its durability and aesthetics and for its reduced carbon footprint.

“Mass-timber buildings are the perfect combination of sustainability and aesthetics,” Ray Hartshorne of Hartshorne Plunkard Architecture said in a news release. “Timber is renewable, global, and can be easily harvested and sustainably managed to assure regrowth and replenishment. It also boasts a low carbon footprint as it sequesters excess carbon removed from the atmosphere throughout its entire existence. Construction timelines are faster and, most importantly, mass timber performs well in the event of a fire. HPA is ready to utilize its significant experience in mass-timber design to help Sterling Bay deliver this historic new Chicago development.”

Sterling Bay said the building at 2100 N. Southport Ave. will have considerably fewer greenhouse gas emissions than a similar building made of concrete and steel.

“Chicago’s rich history of architectural innovation is one of our city’s most notable contributions to the global community, and it’s very exciting to know that this groundbreaking new mass-timber development will be constructed right here in Lincoln Park,” Ald. Brian Hopkins (2nd) said in the release. “I look forward to working with Sterling Bay and Hartshorne Plunkard Architecture – two hometown firms – as they deliver this historic project to our great city.”