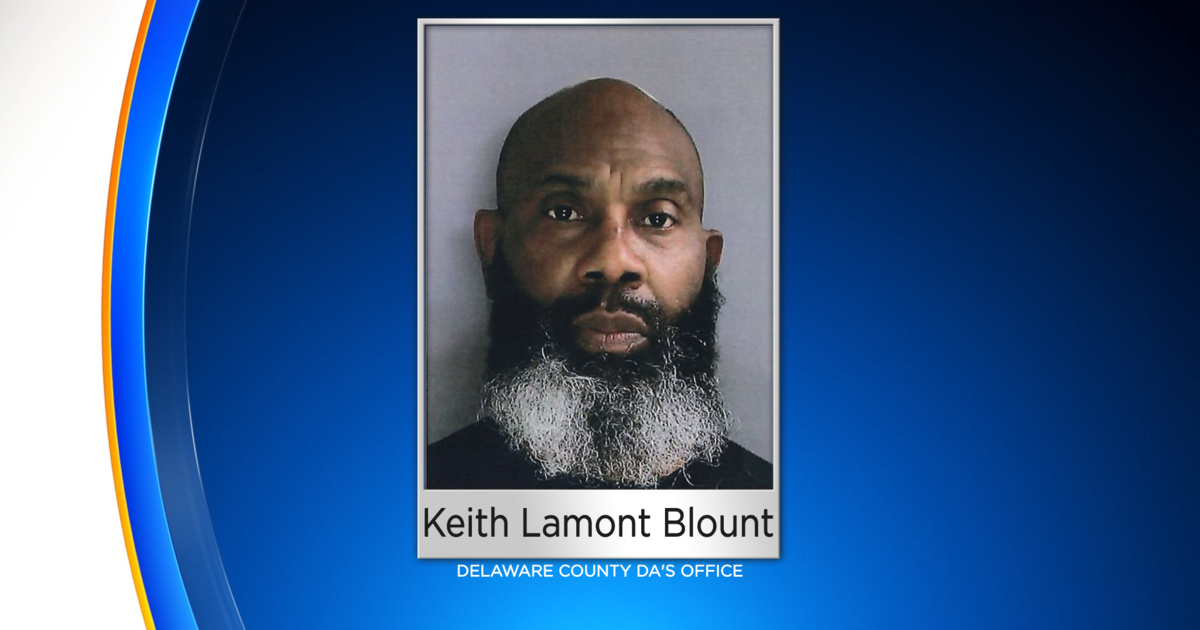 MEDIA, Pa. (CBS) —  A Philadelphia man has been charged in the murder of a 51-year-old man at the Cargo City area of the Philadelphia International Airport earlier this month. Delaware County DA Jack Stollsteimer charged Keith Lamont Blount, 59, with criminal homicide, murder of the first and third degree, and other related charges in the Oct. 7 crime.

“Every homicide is a tragedy, but it is particularly shocking when this level of violence occurs in a place that we want to believe is safe – our workplaces, our schools, our houses of worship,” Stollsteimer said.

Stollsteimer says the victim was an employee of FedEx for 28 years and was assigned to evaluate the readiness of another employee, Lamont Blount, to become a FedEx driver.

When Lamont Blount did not receive a positive evaluation, the DA says he “decided to retaliate in the worst way possible.”

“In committing this senseless act, he has forever deprived a family of their loved one, and he has shaken the community to its core,” Stollsteimer said.

Lamont Blount was apprehended by Philadelphia police after he allegedly opened fire at officers. He’s charged with multiple accounts of assault on a law enforcement officer in Philadelphia.

He’s currently being held without bail in Philadelphia but will be transferred to the George W. Hill Correctional facility.