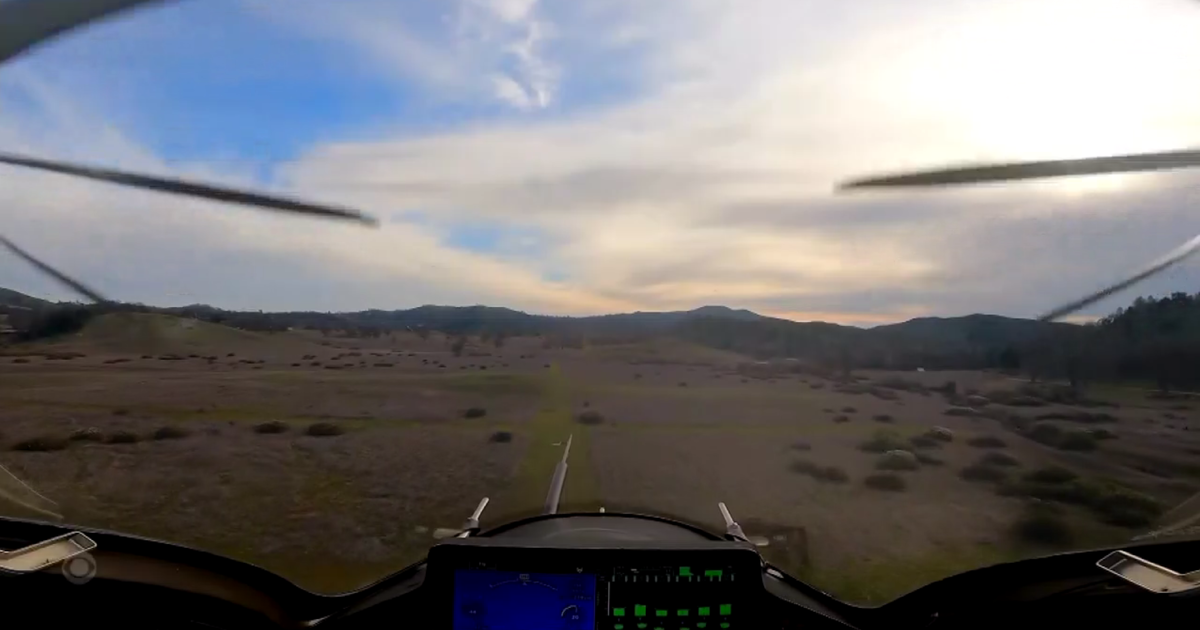 CHICAGO (CBS) — Picture this — getting to downtown Chicago from the northwest or southwest suburbs in under 20 minutes shaving hours off your commute.

As CBS 2’s Charlie De Mar reported Friday night, such a future might not be so far away. The concept of air taxis is flying into town next week.

Air taxis take off like a helicopter, soar like an airplane — and cruise high above bumper-to-bumper traffic. A trip from Chicago to the helipad in southwest suburban Tinley Park is completed in just minutes.

Next week, the concept of electric vertical takeoff and landing vehicles or eVTOLs, will be tested.

“I’m in favor of it,” said Jamie Good of Tinley Park. “I would be very excited for it.”

Since eVTOLs aren’t regulated to fly, helicopters will be used for the three-week simulation.

For $150 and a few clicks on an app, anyone can reserve a ride. Routes go from helipads in Chicago to Schaumburg and Tinley Park.

“What the game plan for the future is that this will end up being like an UberX ride in the next couple of years, where it will be, you know, $50 to $75 to take a ride down there,” said Tinley Park Village Manager Pat Carr.

Eve, the company behind the project, will be testing the user experience of booking a flight – and taking a look at the infrastructure needed to make flying taxis a reality.

Meanwhile, Chicago-based United Airlines is banking on the technology to cut down on commute times to and from the airport spending 15 million dollars this week for up to 400 eVTOLs.

“We can support, you know, global companies, and we want to be part of this new technology that is the future.,” Carr said.

“I didn’t ever think I’d live to see the day,” said Carr. “I never could conceive of the concept.”

Booking is already open. If you are interested in going up in a helicopter next week, follow the instructions at this link.