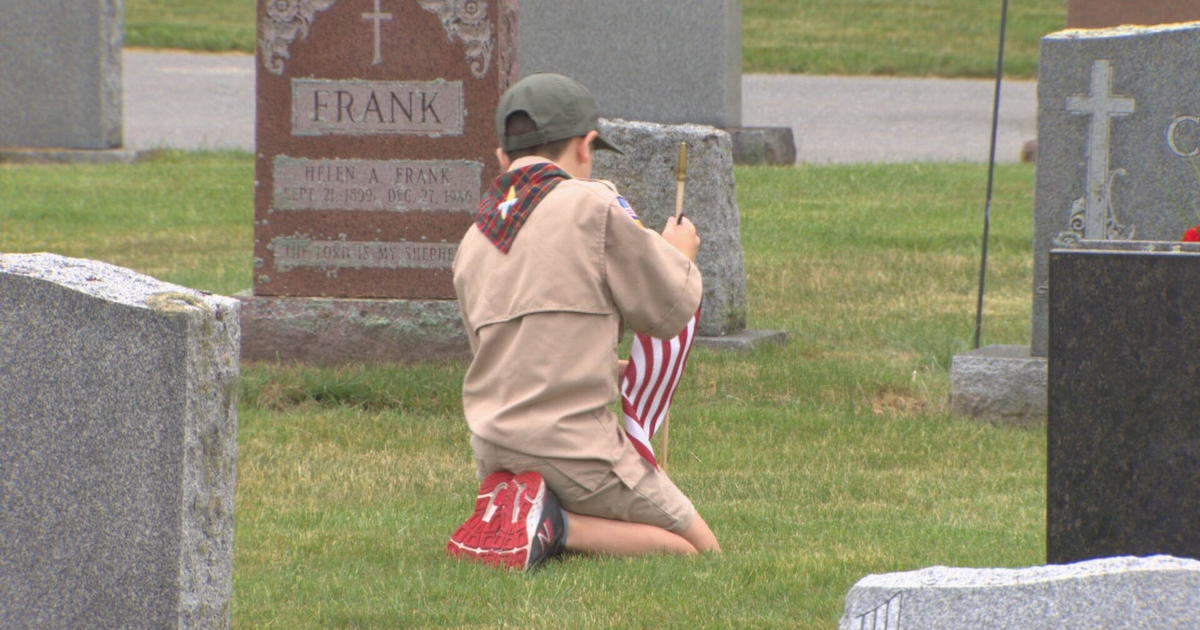 MARLBORO – America’s bravest are being remembered in many ways this Memorial Day weekend.

In Saugus, hundreds took part in a Gold Star Run for Honor. This year, the run was dedicated to Marine Corporal Scott Procopio of Saugus, who was tragically killed in action as a result of a roadside bomb in Iraq in 2006.

In Marlboro, young men and women from the Boy Scouts of American in Marlboro gave thanks as they placed American flags in the ground.

“It’s just nice to be able to do something nice and good for people,” said Evan Daniello of Troop 41.

More than a dozen kids from Troop 41 in Marlborough visited The Evergreen Cemetery and took great pride in placing flags for those who made the ultimate sacrifice.

“It’s important because we want to show our thanks to the people who have given their life for our country,” said Jacoby Rowe, of Troop 41.

This weekend flags are being placed in cemeteries all over to honor our fallen heroes.

“We are learning to be kind to people and caring,” said Sabrina Argendorf

Many cities and towns are also hosting parades as well.

Just over 4,700 flags will be placed in the city of Marlboro in all the different cemeteries. The young people are not just placing the flags, but they are also reading up the headstones and plaques to learn a little bit more about who each service member was.

“I want them to make a connection with their history and to realize there are people behind the stones and that they had full lives. So I encourage them to read the stone, say their names,” said Assistant Scout Master Troop 41 Marlboro Geoff Reinhold.

Ten-year-old Sophia Zickus says it’s an honor to give back in some small way. “I am learning that you should respect people because they fought for your country,” she said.