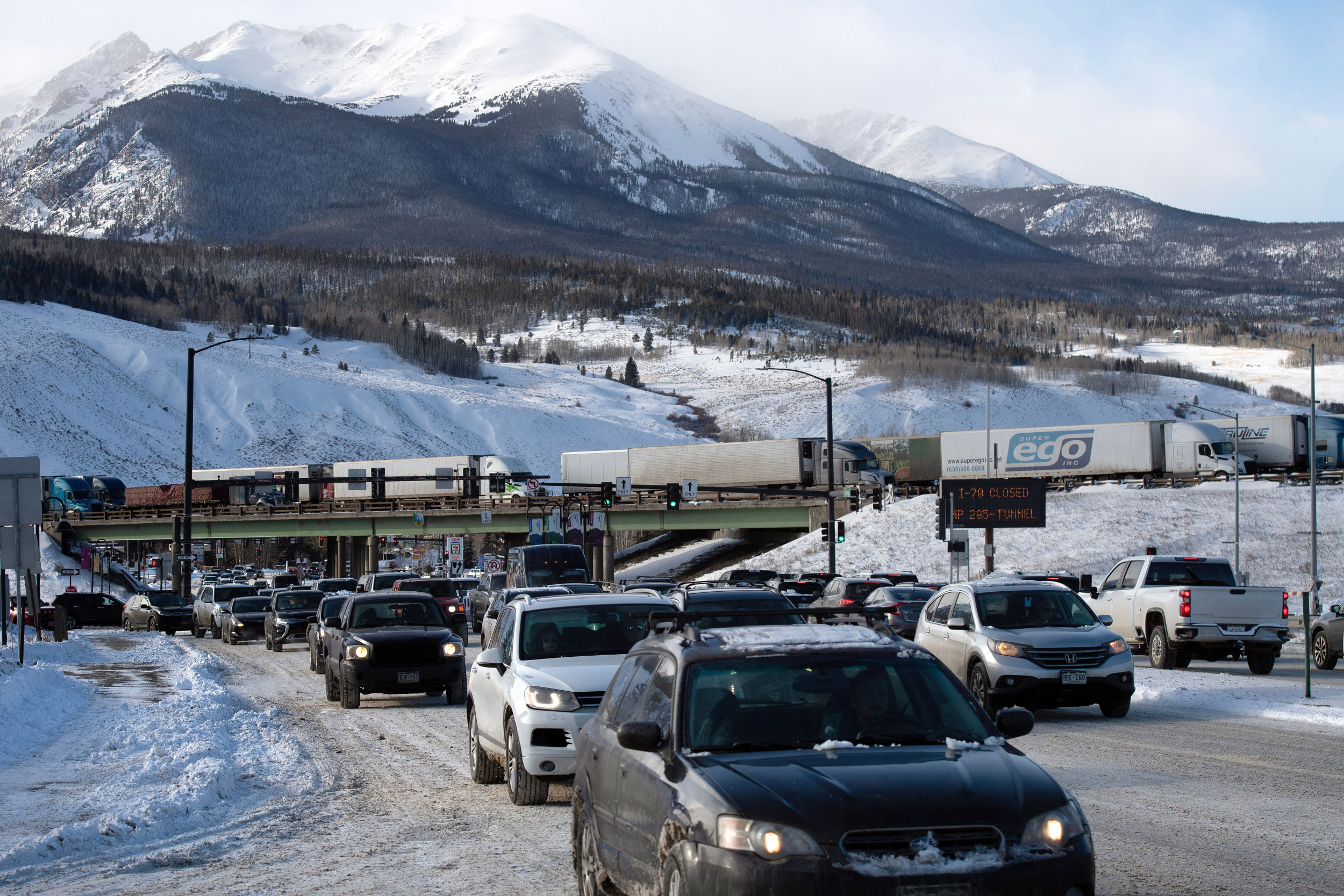 The Interstate 70 in Colorado was partially closed on Thursday morning, following reports of multiple vehicle crashes, after up to 4 inches of snow were deposited across Boulder.

The U.S. is still recovering from the winter storm Elliott, which hit large parts of the country with freezing conditions and some blizzards, resulting in at least 62 deaths, from the end of last week.

However, the inclement weather continued across Colorado, with Boulder County recording temperatures of 32 F at 8:45 p.m. local time on Wednesday, according to local newspaper The Daily Camera.

On Thursday morning the Colorado Department of Transportation announced the Interstate 70 westbound was closed “between Exit 261 – US 6 / 6th Avenue and CO 470,” due to safety concerns, though it has since reopened.

The National Weather Service (NWS) told Coloradans late on Wednesday to expect: “Extreme winter driving conditions across the Boulder/Denver area and I-25 and I-70 corridors through Denver. Icy and snow packed conditions.”

Up to “four inches of snow” could fall over the central High Plains of Colorado between Thursday and Saturday, according to the agency.

One social media user posted a seven-second clip of heavy snowfall in Denver, Colorado, which they described as a “blizzard.”

Several travelers described the disruption they were facing in Colorado on Wednesday evening.

Ian Curtis tweeted a 12-second clip showing gridlocked traffic amidst heavy snow, with one person taking their dog for a walk by the cars.

He said: “The traffic is so bad on I-70 in Colorado that people are taking their dogs for walks on the highway. Hopefully we all make it home safe tonight.”

Another Twitter user posted: “My friend just texted me this from i70 EB somewhere around s Georgetown / ID Spgs. ‘So just had rescue come tell us (on snow mobiles) that there are ten big rigs stuck together and they have no idea when they’ll clear it.’ So they are basically stranded for the night.”

A third wrote: “Denver friends, roads are booty ass cheeks rn [right now] I saw multiple cars in ditches, witnessed 2 car crashes, saw people on the highway pushing their cars up the road, the police had my road completely blocked off. If you don’t need to drive, don’t.”

According to The Daily Camera, State Trooper Josh Lewis said there had been “numerous reports” of crashes throughout Boulder County, but as of 8:40 p.m. local time he didn’t know how many vehicles had been affected.

The paper said “at least a dozen vehicles had reportedly veered into a ditch,” in one accident, while a snowplow slid off the road in another.

Newsweek has contacted the Colorado Department of Transportation.

On Thursday and Friday, Texas, Louisiana and Arkansas all face a tornado risk, as a thunderstorm barrels across the states.