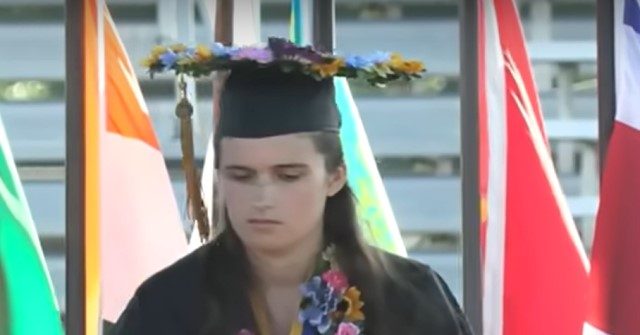 A non-speaking woman with autism, who graduated as a valedictorian from Rollins College in Florida, emphasized to her classmates during her commencement speech Sunday, “God gave you a voice. Use it.”

Twenty-four-year-old valedictorian Elizabeth Bonker stated in a Rollins College profile article that she could speak as a toddler, but suddenly, at 15 months old, her “words were inexplicably taken from” her. Now, 23 years later, she has graduated at the top of her class after learning to type, which has allowed her to communicate and learn.

The valedictorian issued her address through a “text-to-speech computer program,” Southern Living noted.

During her speech, she highlighted that she and her fellow graduates were celebrating their “shared achievements” and recounted her journey:

I know something about shared achievements because I am affected by a form of autism that doesn’t allow me to speak. My neuromotor issues also prevent me from tying my shoes or buttoning a shirt without assistance. I have typed this speech with one finger with a communication partner holding a keyboard. I am one of the lucky few non-speaking autistics who have been taught to type. That one critical intervention unlocked my mind from its silent cage, enabling me to communicate and to be educated like my hero Helen Keller. 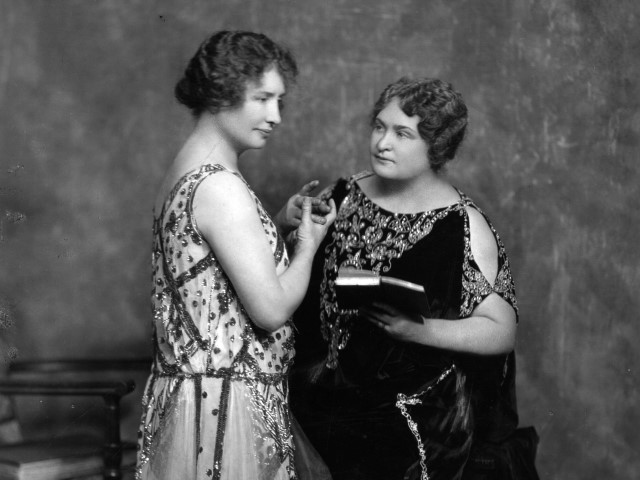 American blind, deaf, mute authoress Helen Adams Keller, with Anne Sullivan, (Mrs Macy), who taught her when she was a child, and is at the time of this photograph her interpreter. They are communicating by spelling words into each other’s hands with a finger alphabet. (Hulton Archive/Getty Images, circa 1920)

The 24-year-old went on to reference one of the school’s most well-known alumni, Fred Rogers, who starred in the children’s show Mister Rogers’ Neighborhood:

During my freshman year, I remember hearing a story about our favorite alumnus, Mister Rogers. When he died, a handwritten note was found in his wallet. It said, “Life is for service.” You have probably seen it on the plaque by Strong Hall. Life is for service. So simple, yet so profound. 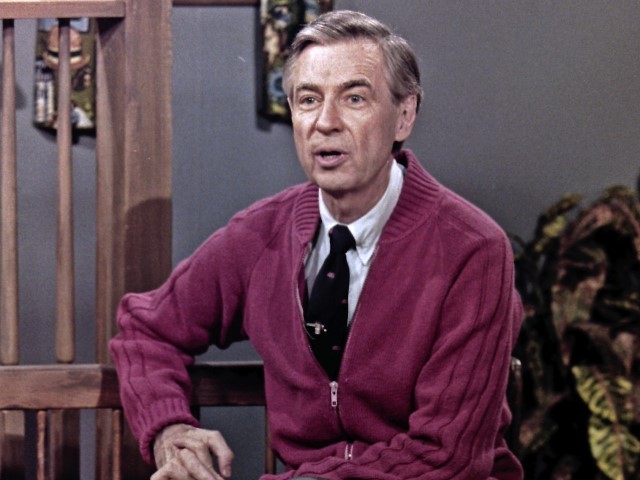 This June 28, 1989, file photo shows Fred Rogers sitting on the set of his television house between taping of a segment for his children’s television program, Mister Rogers’ Neighborhood, in Pittsburgh. (Gene J. Puskar/AP)

Bonker called on her classmates to live lives of service to their families,  community, and the world. She asked her classmates to inscribe “life is for service” on a torn page from their commencement programs and place it in their wallets or somewhere safe so that she and her classmates can reference them at future reunions.

For her senior thesis, Bonker founded a nonprofit called Communication 4 All, which launched in April, according to the Rollins College profile article on the valedictorian. The organization’s website states that its mission is to “champion efforts to ensure communication is available to all non-speakers with autism.”

A study published by the National Library of Medicine states that estimates “of the proportion of children with autism spectrum disorder (ASD) who are minimally verbal vary” from 25 percent to 35 percent.