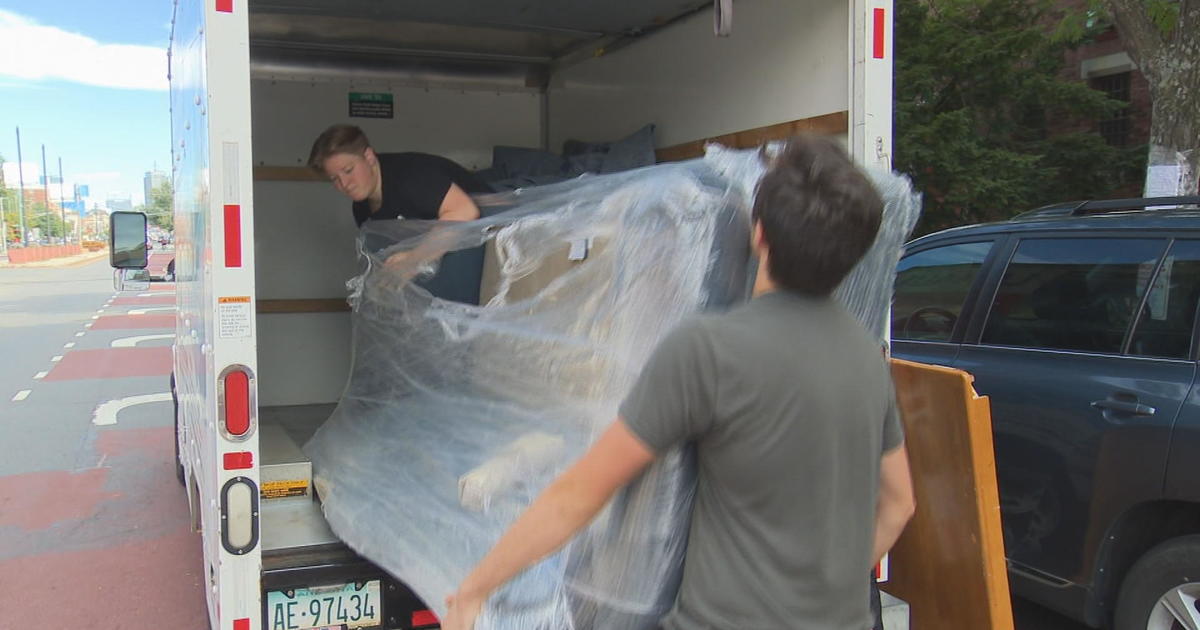 BOSTON — From furniture to food, Allston and Brighton were busy all weekend long as college students moved into their apartments.

“It’s physically and emotionally draining at first but you kind of start to pick it up after the first five hours,” said Boston University sophomore Aaron Lamm. He’s helping his roommate Luke Capello move into their fifth-floor apartment without the assistance of an elevator.

“Move-in day, it’s a lot of physical exertion. We’re coming up these stairs, and it’s just been a lot but I mean, it’s been a lot of fun. We’ve been bringing in furniture it’s been brilliant, it’s been nice,” Capello said.

Of course, it would not be an official move-in experience without a close call on Storrow Drive. This truck nearly hit the overpass and had to back up to the exit creating a traffic nightmare.

Liv Madajccyk is a BU Sophomore from New Jersey. She had just a few more items to move in after a long trip. “It’s very chaotic the trip is four hours all cramped in a car, it’s crazy,” she said. “Bringing everything up back and forth, it gets really tiring.”

As all move-in days go, it’s out with the old and in with the new.

“The biggest challenges making your new space feel like your home,” Lamm said.

Paul Burton is a general assignment reporter for WBZ-TV News.