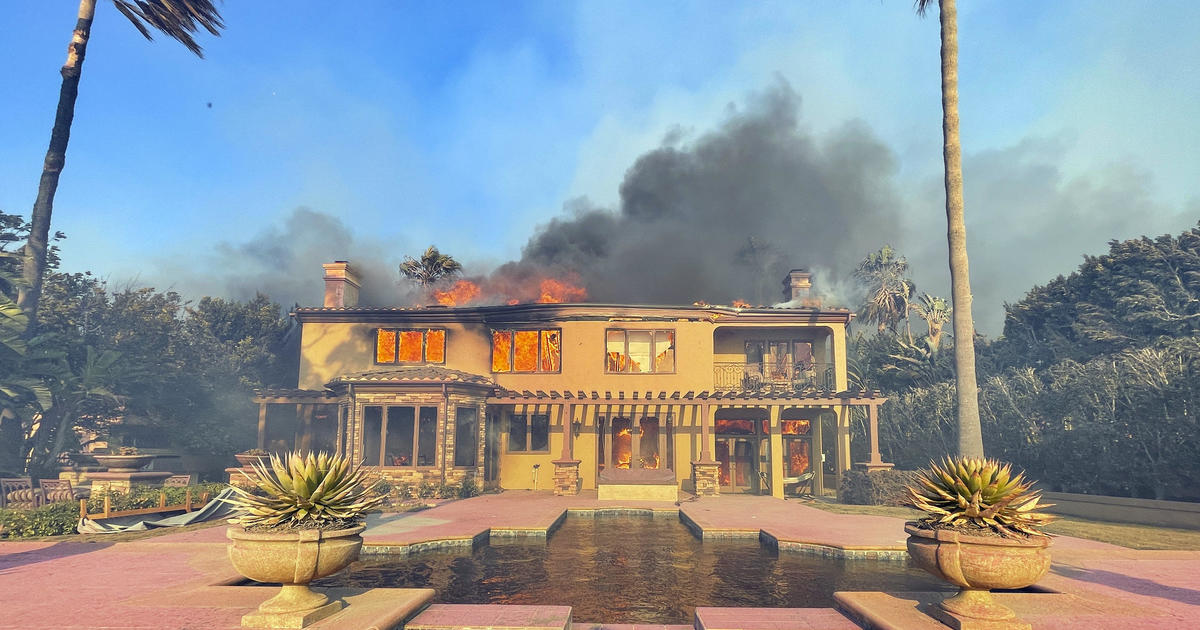 A swift-moving wildfire which broke out Wednesday afternoon has destroyed at least 20 homes in the upscale Orange County coastal neighborhood of Laguna Niguel and forced hundreds to evacuate.

The flames spread quickly as they tore through thick brush on the hillsides, aided by ocean winds that sparked spot fires ahead of the main blaze. The fire pushed its way uphill, advancing on Aliso Summit Trail and into the Coronado Pointe gated community with multimillion-dollar estates. The treatment plant was not damaged.

As of 8:30 Thursday, the fire was estimated to be about 200 acres with unknown containment.

“What we experienced was a fire, wind-driven, down a relatively level flat terrain, until it hit the side of that slope,” O.C. Fire Authority Chief Brian Fennessy said. “And fire is always going to run uphill faster, wind or no wind. But when you have that strong a wind blowing that fire uphill. And if you’re familiar with that area, it is extremely steep, extremely thick vegetation that has not burned in probably decades. Once it’s got ahold, and started up that hill, I think we all saw that, as soon as I got to my car at headquarters I could see that tremendous smoke column, and we knew that we had a significant fire.”

One firefighter was hurt during the firefight, OCFA Assistant Fire Chief TJ McGovern said in a news conference Thursday.

In the Coronado Pointe neighborhood, multiple homes burned in the 30300 block of La Vue, near the Aliso Summit Trail. Powerful coastal winds pushed embers through the area, with the blaze jumping from home to home. While one home may have been spared, another next to it may have been destroyed, depending on how the embers flew.

The flames advanced Wednesday even as fixed-wing planes dropped fire retardant on the hillside, and helicopters dropped water on the flames. Crews from firefighting agencies across the region, including CAL Fire, have been brought in to assist in the fight.

The cause is still under investigation. However, in a publicly released report Wednesday night, Southern California Edison disclosed that there was “circuit activity occurring close in time to the reported time of the fire.”

Public utility companies are required to notify the state if their equipment was possibly involved in any wildfire incidents.

Students taking part in after-school activities at Laguna Beach High School were also evacuated Wednesday. However, Laguna Beach Unified reported that schools and offices were expected to be open and operating normally Thursday.

Meanwhile, students from Moulton Elementary School in Laguna Niguel were moved to Wood Canyon Elementary Thursday out of an abundance of caution, the Capistrano Unified School District said.

A temporary shelter was open at Crown Valley Community Center at 29751 Crown Valley Pkwy. Residents who need help or have questions can call the emergency operations hotline at 714-628-7085.