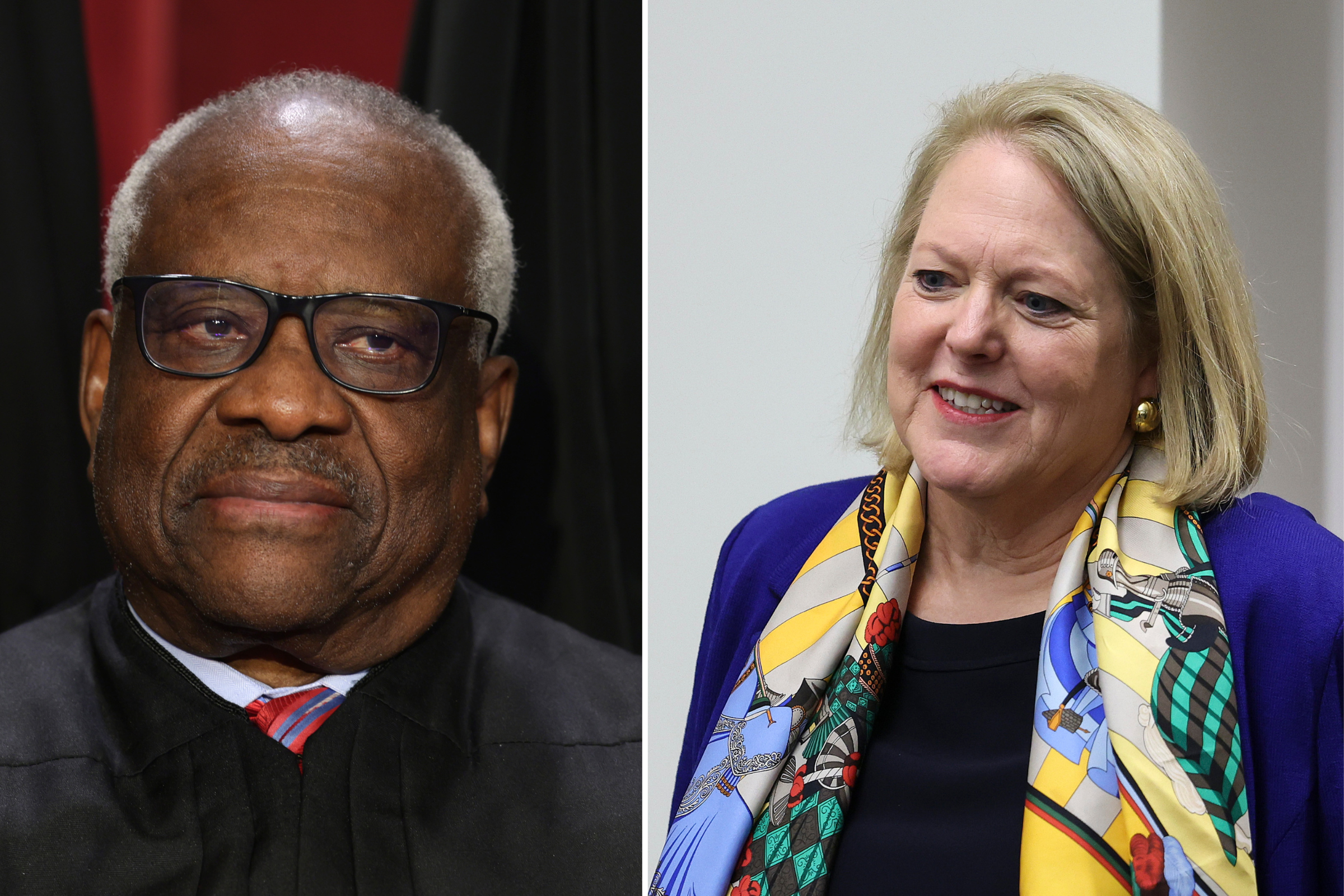 Lawyers Tristan Snell and Laurence Tribe took to Twitter this weekend, saying that Supreme Court Justice Clarence Thomas must be “subpoenaed to testify under oath” before hearing cases related to the January 6, 2021, Capitol riot.

“Ginni Thomas and Clarence Thomas must BOTH be subpoenaed to testify under oath before one of the grand juries hearing evidence about the January 6 coup,” Snell tweeted on Friday. “At best, they are material fact witnesses. At worst, they are co-conspirators to be charged with seditious conspiracy.”

On Saturday, Tribe agreed and tweeted: “They are at least material fact witnesses. If Justice Thomas were to defy a subpoena on separation of powers grounds, it’s fair to ask whether he’d recuse from DOJ’s appeal to SCOTUS from a lower federal court ruling upholding Thomas’s conviction for contempt of court.”

Clarence Thomas has faced numerous calls to resign and to be impeached due to his wife’s alleged involvement in trying to overturn the results of the 2020 presidential election. Meanwhile, the Supreme Court justice has also been asked to recuse himself from cases involving the riot.

In a statement read in September at the beginning of her interview with the House select committee that was in charge of investigating the riot, Ginni Thomas said that her activities regarding the election were “minimal and mainstream,” and that she did not speak with her husband at all about the details of her post-election activities.

“I am certain I never spoke with him about any of the legal challenges to the 2020 election, as I was not involved in those challenges in any way,” she said. “Let me also add, it’s laughable for anyone who knows my husband to think I could influence his jurisprudence.”

According to emails obtained by The Washington Post, Ginni Thomas also reportedly contacted lawyers in Arizona and Wisconsin, and pressured them to “choose” their own presidential electors and ignore Biden’s popular vote victory.

Political analyst and Florida Atlantic University professor Craig Agranoff told Newsweek on Saturday that “the decision to subpoena a Supreme Court Justice is a matter for the legislative or judicial branches of government to consider, and it would depend on the specific circumstances and legal considerations involved.”

Agranoff continued: “It is important to respect the independence and integrity of the judicial branch and to ensure that it is able to carry out its duties without interference.”

In addition, Agranoff thinks by Clarence Thomas recusing himself from cases involving his wife it would help the Court’s integrity, doubting “very much” that the justice would resign.