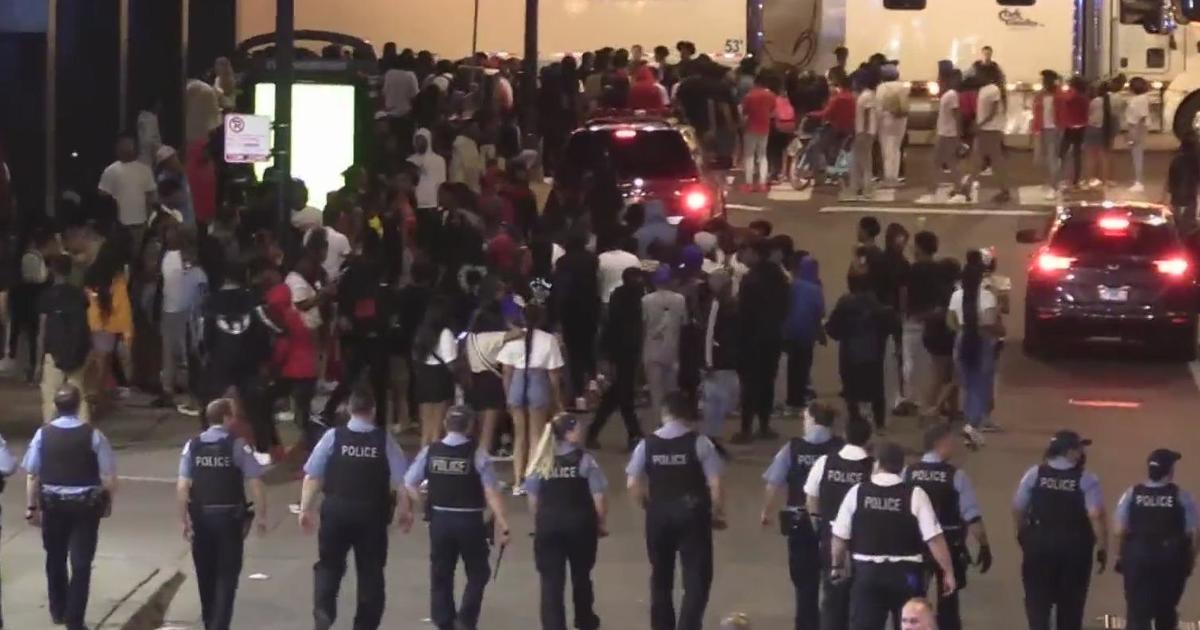 CHICAGO (CBS)– Signs of summer in the city are here, but many are concerned the violence could get worse with Memorial Day weekend.

After a heated debate, the City Council on approved Mayor Lori Lightfoot’s plan to roll back the citywide curfew for minors from 11 p.m. to 10 p.m. on Friday and Saturday nights.

The mayhem in Millennium Park Saturday evening resulted in the murder of 16-year-old Seandell Holliday right outside the iconic Cloud Gate sculpture, or The Bean. It later spilled into other areas of downtown Chicago – fights were seen outside the Chase Tower, at Dearborn and Adams streets, and numerous other sites.

The shooting came after a crowd of teens broke out in a fight, groups of them were seen roving through parts of the loop attacking cars that drove past.

Then, shortly after, that mass shooting at State Street and Chicago Avenue that left two dead and 7 others shot.