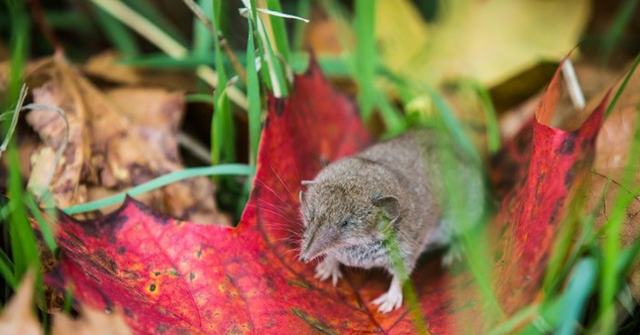 Scientists from China and Singapore recently announced the detection of a novel animal-derived virus known as Langya henipavirus (LayV) in at least 35 humans across China’s eastern provinces of Henan and Shandong, China’s state-run Global Times reported on Tuesday, noting that the zoonotic virus is often found in shrews.

The scientists first announced their discovery in a letter to the editor published by the New England Journal of Medicine on August 4.

The document read, in part:

During sentinel surveillance of febrile patients with a recent history of animal exposure in eastern China, a phylogenetically distinct henipavirus, named Langya henipavirus (LayV), was identified in a throat swab sample from one patient […].

Subsequent investigation identified 35 patients with acute LayV infection in the Shandong and Henan provinces of China, among whom 26 were infected with LayV only (no other pathogens were present).

“In our study, a newly identified henipavirus of probable animal origin was associated with febrile illness, a finding that warrants further investigation to better understand associated human illness,” the team of scientists, most of whom are employed by Chinese state medical agencies, wrote in the letter.

The agencies supporting the scientific team’s ongoing research into the novel henipavirus cases include the Beijing Institute of Microbiology and Epidemiology; the Qingdao Municipal Center for Disease Control and Prevention (in Shandong); the State Key Laboratory of Pathogens and Biosecurity (in Beijing); and the Changchun Institute of Veterinary Medicine (in China’s Jilin province).

“The cases of Langya henipavirus so far have not been fatal or very serious, so there is no need for panic,” Wang Lin-Fa, a Singapore-based researcher involved in the study, told the Global Times on August 9.

Wang acknowledged that the novel virus’s detection “is still a cause for alert as many viruses that exist in nature have unpredictable results when they infect humans.”

Taiwan’s Centers for Disease Control (CDC) said on August 8 that it was closely monitoring the development of Langya henipavirus’s spread within China. Taiwan CDC Deputy Director-General Chuang Jen-hsiang told reporters at a press briefing on Sunday that the body was “focused on researching routes of transmission,” adding that the Taiwan CDC would work jointly with Taiwan’s agriculture council “to check if similar diseases exist in species native to Taiwan.”

China’s central city of Wuhan was the origin location of the Chinese coronavirus currently fueling an ongoing pandemic that began in late 2019. Health authorities in the city first detected what was then considered a “novel coronavirus” in humans sometime in the fall or winter of 2019, according to the best estimates of global health experts. The World Health Organization in February 2020 labeled the novel coronavirus “SARS-CoV-2” and named the disease it causes “COVID-19,” which is alternatively known as the Chinese coronavirus. While the exact origins of the virus remain unknown, some have speculated that it jumped from an animal reservoir — such as bats, which are known to host various coronaviruses — to humans.