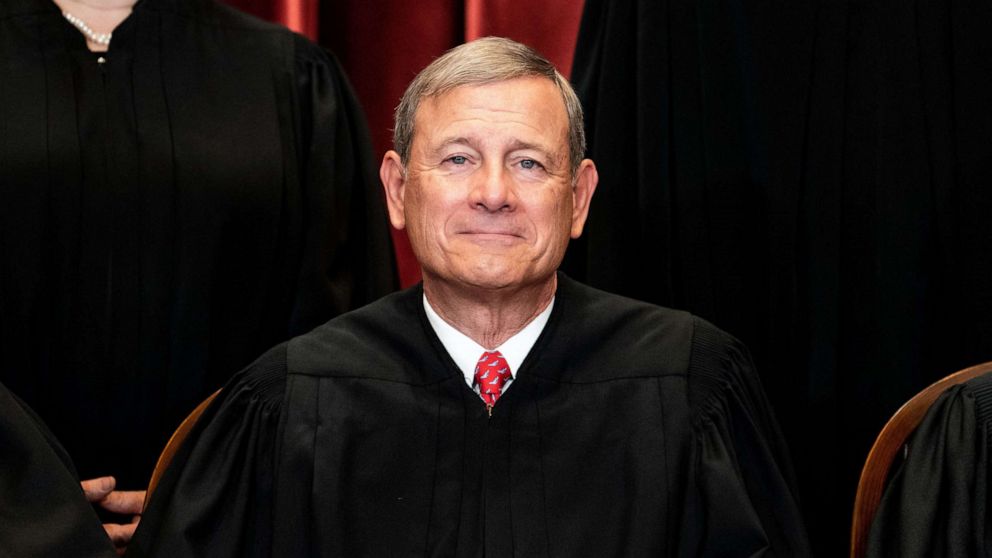 The Supreme Court and Chief Justice John Roberts put out rare, written statements Tuesday to address the leak of a draft opinion showing the panel’s conservative majority of justices is poised to overturn nearly 50 years of established abortion rights — sparking outrage across the country.

The statement on behalf of the court confirmed the document’s authenticity, saying, “Although the document described in yesterday’s reports is authentic, it does not represent a decision by the Court or the final position of any member on the issues in the case.”

In a separate statement, but released together with the one from the court, Roberts called the leak a “singular and egregious breach” of trust — but defended the court’s workforce and integrity, saying this will not undermine its operation.

“To the extent this betrayal of the confidences of the Court was intended to undermine the integrity of our operations, it will not succeed. The work of the Court will not be affected in any way,” Roberts said.

“We at the Court are blessed to have a workforce – permanent employees and law clerks alike – intensely loyal to the institution and dedicated to the rule of law. Court employees have an exemplary and important tradition of respecting the confidentiality of the judicial process and upholding the trust of the Court,” he said. “This was a singular and egregious breach of that trust that is an affront to the Court and the community of public servants who work here.”

Roberts said he’s directed the Marshal of the Court — its chief operations and security officer — to launch an investigation into the leak.

Senate Minority Leader Mitch McConnell had also called for Roberts to investigate the leak, and, if applicable, the Department of Justice to do so as well, arguing that it came from someone “trying to use yet another leak to make the court less secure and less impartial.”

“The liberals want to rip the blindfold off of Lady Justice,” McConnell said in floor remarks, notably not mentioning the word “abortion” but focusing entirely on the leak. “They want to override impartiality with intimidation they want to elevate mob rule over the rule of law.”

Senate Majority Leader Chuck Schumer vowed to schedule a vote to “codify the right to an abortion in law” — as President Joe Biden called for Tuesday — but a similar bill received fewer than 50 votes in February. With 60 votes needed to overcome the Senate’s filibuster rule, the path codifying the right to an abortion faces an uphill, if not impossible, battle in the current Congress.

While some language in Justice Samuel Alito’s leaked draft opinion could have presumably changed in the three months since it was circulated on Feb. 10, the draft being leaked now makes it harder for a justice to change his or her vote, according to some court experts.

If Alito’s opinion were to hold, as written, it would dramatically upend abortion rights across America, effectively allowing each state to set its own policy.

“The Constitution does not prohibit the citizens of each State from regulating or prohibiting abortion,” the draft concludes. “Roe and Casey arrogated that authority. We now overrule those decisions and return that authority to the people and their elected representatives.”

“Until the latter part of the 20th century, there was no support in American law for a constitutional right to obtain an abortion. Zero. None. No state constitutional provision had recognized such a right,” Alito writes at one point — but recent public opinion polls indicate otherwise.

A new ABC News-Washington Post poll, conducted last week, finds that majorities of Americans support upholding Roe, say abortion should be legal in all or most cases and — by a wide margin — see abortion as a decision to be made by a woman and her doctor, not by lawmakers.

The national survey released Tuesday reported 57% of Americans oppose an abortion ban after 15 weeks, 58% say abortion should be legal in all or most cases, and 54% say the court should uphold Roe, compared with 28% who say the ruling should be overturned.

Preaching that sentiment, critics have gathered in cities across the country to protest the anticipated opinion, with some recalling Justice Sonia Sotomayor saying when the case was argued in December, “Will this institution survive the stench that this creates in the public perception that the Constitution and its reading are just political acts? If people actually believe that it’s all political, how will we survive?”

On Capitol Hill, Sen. Susan Collins, R-Maine, said the opinion as written would be “completely inconsistent with what Justice Gorsuch and Justice Kavanaugh said in their hearings and in our meetings in my office,” while Sen Lisa Murkowski, R-Alaska, fellow abortion rights moderate, called the leak “absolutely reprehensible.”

“If it goes in the direction that this leaked copy has indicated, I will just tell you that it, it, it rocks my confidence in the court right now,” Murkowski said.

Rep. Alexandria Ocasio-Cortez, D-N.Y., had no sympathy for the two senators, tweeting that they “betrayed the nation’s reproductive rights when they were singularly capable of stopping the slide,” adding, “They don’t get to play victim now.”

The leaked draft, confirmed by the court, coincides with the day of the first multi-state contest of the 2022 midterm season and as several states have already enacted restrictions on abortion rights, anticipating such an opinion.