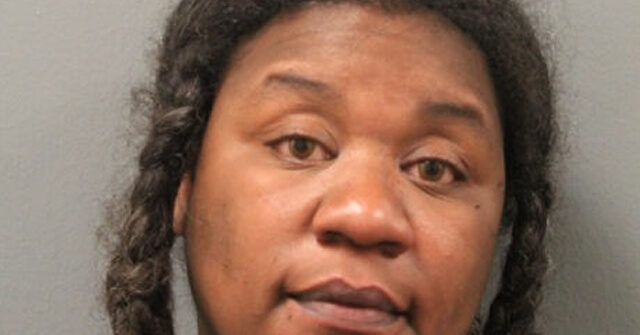 According to prosecutors, police responded to a store in the 3900 block of West Madison at around 2:45 p.m. on Friday after receiving a report of a “person with a gun inside.”

When police arrived, they stopped a woman named Roslyn Price, 26, because she matched the description of the suspect who was holding the firearm. However, as cops tried patting Price down to find the weapon, she allegedly started taking off her pants.

Price’s son, who was nearby, joined the cops in helping pull his mother’s pants back up. During the commotion, officers then noticed a gun inside the child’s pocket.

While Price claimed she did not know how the firearm ended up in her son’s pocket, police learned that the boy told his grandmother, “Mom gave me the gun,” according to prosecutors.

Price was arrested and charged with aggravated unlawful use of a weapon and child endangerment. A judge ordered Price to pay a $1,000 bail deposit to be released from custody, CWB Chicago reported.

This is not the first time this year that an adult has allegedly involved a child in a criminal act in Chicago.

In September, two men and a 12-year-old boy were accused of participating in an armed robbery at a Tobacco shop, Breitbart News reported.

Democrat-controlled Chicago is currently in the midst of a major crime wave. Overall crime has increased by 39 percent since last year, while theft has risen by 60 percent, and motor vehicle theft has jumped by a whopping 83 percent.

Over the past weekend, 52 people were shot in the Windy City, with a total of 11 fatalities, Breitbart News reported.