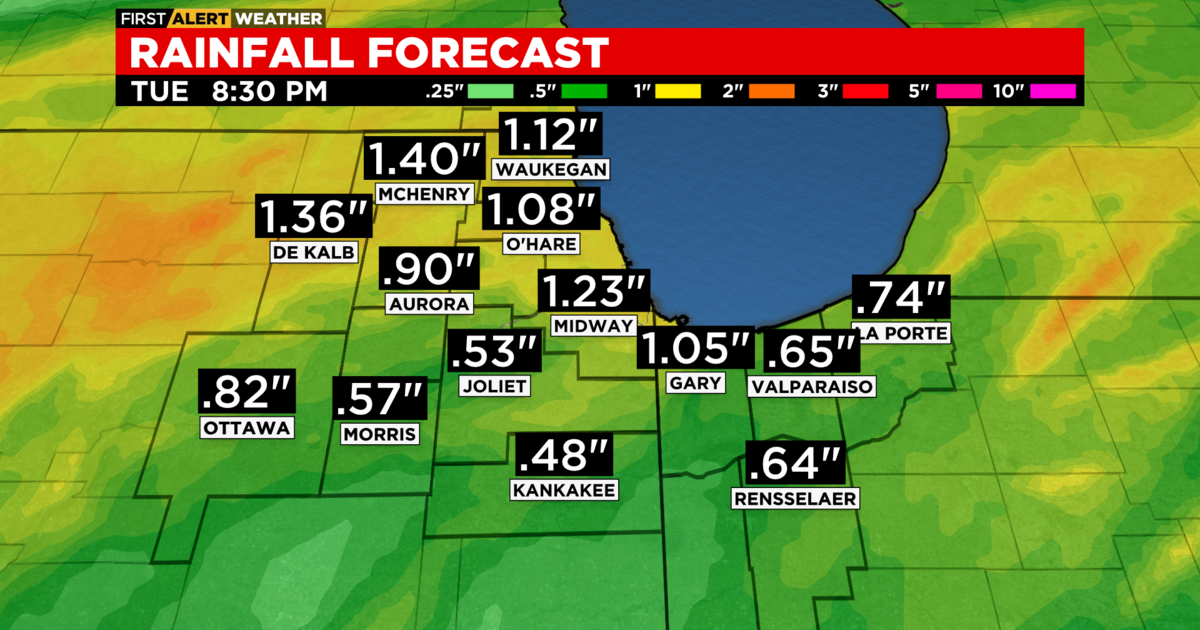 CHICAGO (CBS) — We are under a Weather Alert beginning Monday night ahead of heavy downpours likely for Tuesday morning.

No severe weather is expected, but slick roads and ponding will likely slow down traffic for the Tuesday morning commute.

Cloudy skies and showers will continue to increase through the overnight. Widespread rain is expected by 4 a.m., with downpours likely through 9 a.m.

Rainfall amounts for Tuesday could add up to as much as an inch and a quarter.

Much of Tuesday will be cloudy, damp and chilly with temperatures only in the 40s for most of the day.

It will be partly cloudy, dry and breezy for Wednesday. Highs will be milder in the mid-50s. Then showers return Thursday and Friday with highs near 60 degrees.

Rainfall amounts over the next five days could exceed two inches in several locations.

It will be cool Saturday, then turning much milder by early next week.

TONIGHT: Cloudy skies with increasing rain from the west. Showers likely after 3am. Low: 48°

TUESDAY: 100% chance of rain before 9am, then scattered showers in the afternoon. Some rain could be heavy, especially in the morning. High: 50°