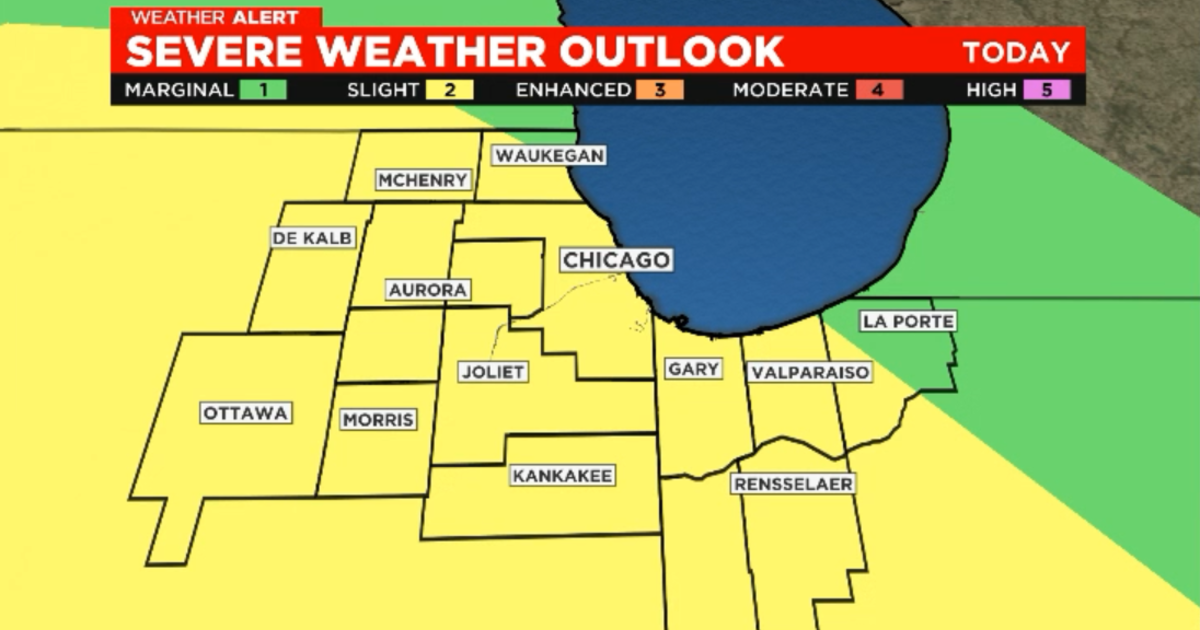 CHICAGO (CBS) — It’s a WEATHER ALERT day for the possibility of severe storms in the late afternoon.

We begin Saturday with some showers and a few thunderstorms that wrap up around noon. Moderate rain is possible at times. We don’t expect any severe storms this morning.

Later in the afternoon, there’s a SLIGHT (level 2 of 5) potential to see severe storms between about 3 p.m. and 7 p.m. The threats include damaging wind, large hail, and a tornado or two.

Today- Showers and a few thundershowers this AM, severe storms possible this afternoon. Breezy. High of 68.

Tonight- Showers taper off after midnight. Low of 52.

Ed Curran serves as a meteorologist and reporter for CBS2 Chicago.