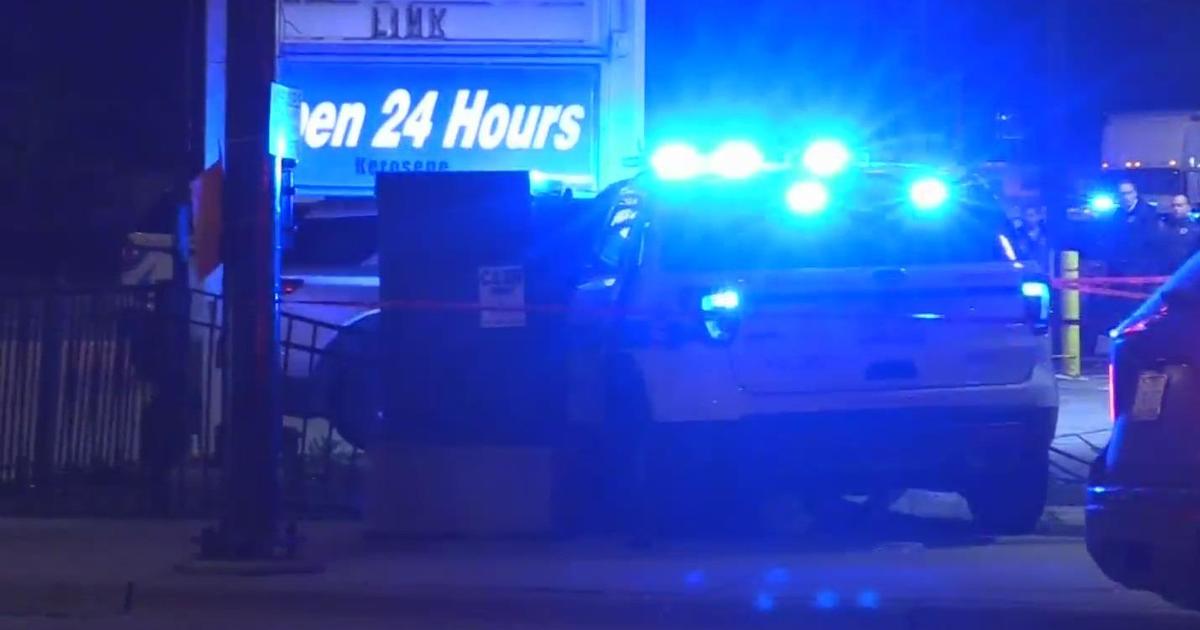 CHICAGO (CBS)– A Chicago police officer shot a person who police said tried to run away after being stopped in a stolen car on the West Side Wednesday night.

Chicago police said officers were trying to stop a vehicle wanted in connection with a suburban carjacking, in the 800 block of North Cicero Avenue just before 10:15 p.m. Police said a person inside the vehicle fled on foot and an officer discharged his weapon, striking the offender.

Police said the person shot by the officer was taken to a local hospital in critical condition.

Police said a second person drove off in the vehicle police said was stolen. That unoccupied vehicle was located a couple miles away in the 3800 block of West Monroe Street.

No officers were injured by gunfire during the incident, but two officers were taken to a hospital for observation, and are in good condition, according to police.

The CPD statement on the shooting made no mention of the person who was shot having a weapon, or any weapons being recovered at the scene.

The Civilian Office of Police Accountability (COPA) is investigating.

The Chicago Fire Department said a 13-year-old was taken from that scene to Stroger Hospital. CBS 2 is working to confirm if that is connected to this case.