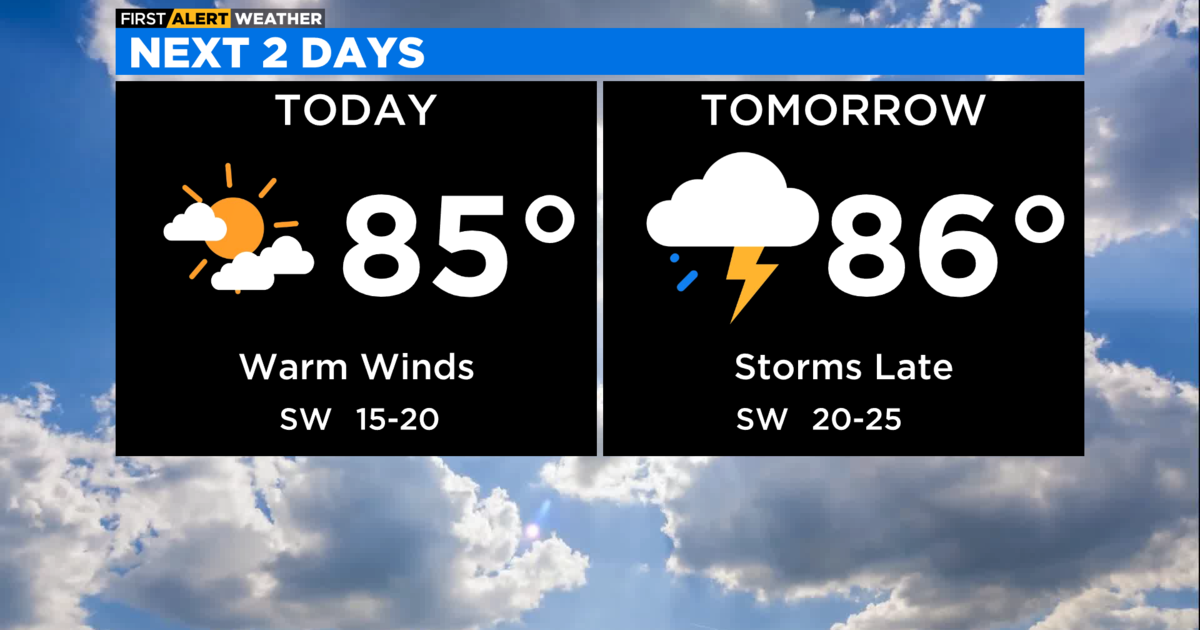 A Dense Fog Advisory is in effect until 8 a.m. Low visibility is expected across most of the Chicago area.

Thursday’s temperatures will be in the 80s with a mix of sunshine and clouds.

The warmth continues Friday as thunderstorms develop late in the day.

The rest of the weekend will be dry with a few sprinkles Sunday.

Laura Bannon is the weekday morning meteorologist at CBS2. A native of Chicagoland, Laura grew up in Naperville. She is an Emmy-nominated meteorologist and holds her NWA Seal of Approval.