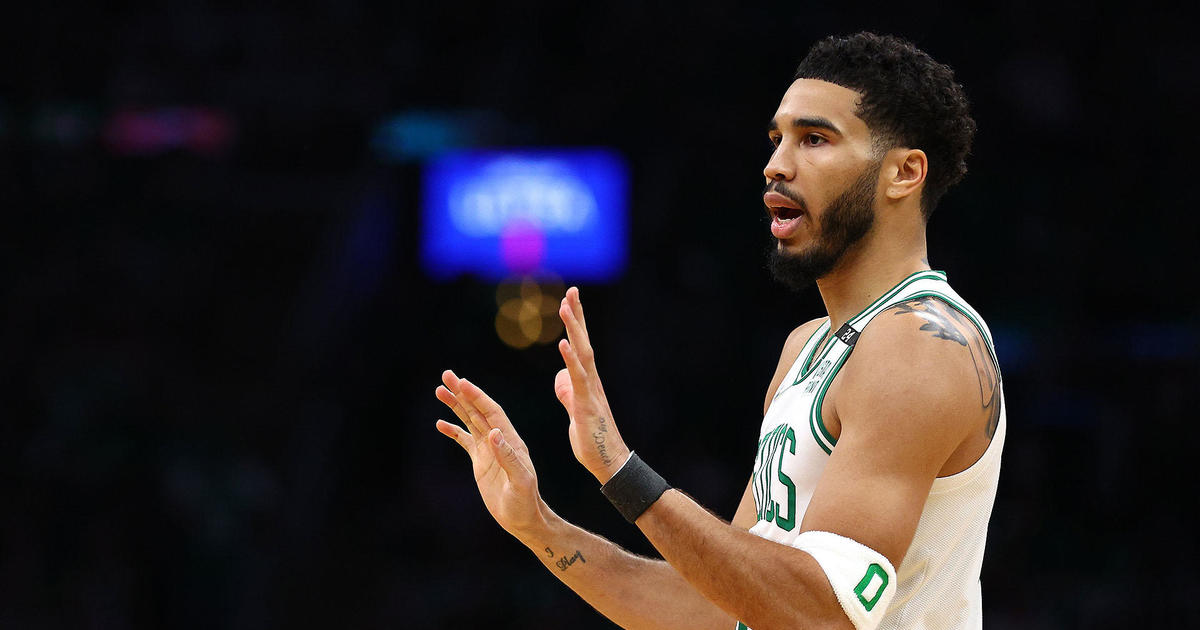 Boston turned the ball over 24 times — at home — leading to 33 Miami points, and the Heat won Game 3, 109-103. Miami led the contest from start to finish and led by 26 at one point. The Celtics made it a one-point game late in the fourth quarter, but the Heat held on and now own a 2-1 series lead.

Jaylen Brown carried the Celtics for much of the night and finished with 40 points off 14-for-20 shooting. But Jayson Tatum had another forgettable Game 3 for Boston, shooting just 3-for-14 from the floor and 1-for-7 from three-point range. Tatum, who left briefly with a shoulder injury in the fourth quarter, had just 10 points in his 41 minutes on the floor.

Bam Adebayo had a monster game for Miami with 31 points, 10 rebounds and six assists. Max Strus added 16 points while PJ Tucker scored 15 for the Heat.

The start of the game was a disaster for Boston. The Heat hit their first six shots from the floor to race out to a 16-4 lead. Adebayo scored two straight buckets after Miami’s first miss, and the Heat turned a Jimmy Butler steal into a nice driving layup by Strus to jump out to a 24-7 lead midway through the opening quarter.

Adebayo scored 12 points in the first quarter. He missed a layup late, but Caleb Martin grabbed the rebound and was fouled as he put it in the hoop. The ensuing free throw put Miami up 39-18, which is where the game stood after the first quarter. Miami was 16-for-25 in the opening frame, while Boston shot just 5-for-18 and was just 1-for-6 from three.

The Celtics came out flat and never matched Miami’s intensity in the first half. It cost them dearly.

“We started out flat and it seemed like we were looking around too much instead of playing in the game,” admitted Brown. “They got it going, got stops and made shots, and we didn’t. We didn’t match their intensity out of the gate.”

“They were like a wounded animal and came out fighting. For whatever reason we just didn’t have that same sense of urgency,” Al Horford said after the loss. “We have to be better. That is something that can’t happen. We just need to be better and come out with more sense of urgency.”

It didn’t get much better to start the second quarter, either. Martin drained a three to put the Heat up 46-20, forcing Ime Udoka to call an early timeout at the 9:41 mark. The Celtics were met by a chorus of boos as they walked to the sideline.

Tatum didn’t make his first bucket until there was 8:49 left in the second quarter, tipping in his own miss while getting fouled. The three-point play ended an 0-for-4 start by Tatum, and made it a 48-26 Miami lead.

But nothing seemed to go Boston’s way at any point Saturday night, and most of it was because Miami fought harder. After Derrick White came away with a near-steal on a pass by Tyler Herro, Butler poked the ball free and was fouled as he made a layup, giving Miami a 54-31 lead. The Heat went up by as many as 26 in the second quarter.

Boston showed some life and closed the half on a 10-0 run, capped off by Tatum splashing home a three with 0.5 seconds left. That shifted some energy inside TD Garden, but Miami led 62-47 at the break.

The Heat had 16 more shots than the Celtics in the first half, and scored 16 points off 11 Boston turnovers. Miami also scored 10 second-chance points off seven offensive rebounds over the first 24 minutes.

Miami took a huge hit as soon as they came out of the locker room, with Butler ruled out with right knee inflammation. It looked like the Celtics may be without Marcus Smart too after the guard rolled his ankle going for an offensive rebound early in the third quarter. But Smart limped back onto the court to a standing ovation, and then drained a three for Boston to cut the Miami lead to 10, 72-62. It gave the Celtics — and TD Garden — a momentary spark.

That spark didn’t last though as the Celtics continued to let the game slip away. Boston committed seven turnovers in the third quarter, leading to eight Miami points. The Heat led 87-72 after three quarters.

The Celtics cut that lead to single digits early in the fourth when Grant Williams drained a three to cap off an 8-0 Boston run. The Celtics momentarily lost Tatum when he injured his shoulder on a turnover, which took a lot of juice out of the building.

But Strus answered with a three, and Adebayo turned another Celtics turnover into a 17-footer to put the Heat up by seven with 1:21 to play. Grant Williams had another turnover in the final minute, which the Heat turned into a Strus layup to build the lead back up to nine points.

Miami recorded a franchise-best 19 steals in the game. Giving your opponent that many free possessions isn’t going to get it done for any team.

Brown said that the Celtics need to do a much better job matching Miami’s physicality going forward.

“We knew who Miami is and that’s what they pride themselves on, physicality. If we want to win this series we have to man up,” he said.

The Celtics made things interesting late in Game 3, but played pretty horrid for large stretches on their home floor Saturday night. The Celtics have not lost two straight all postseason, and will look to keep that streak alive — and even the series up at 2-2 — with a win in Game 4 on Monday night.