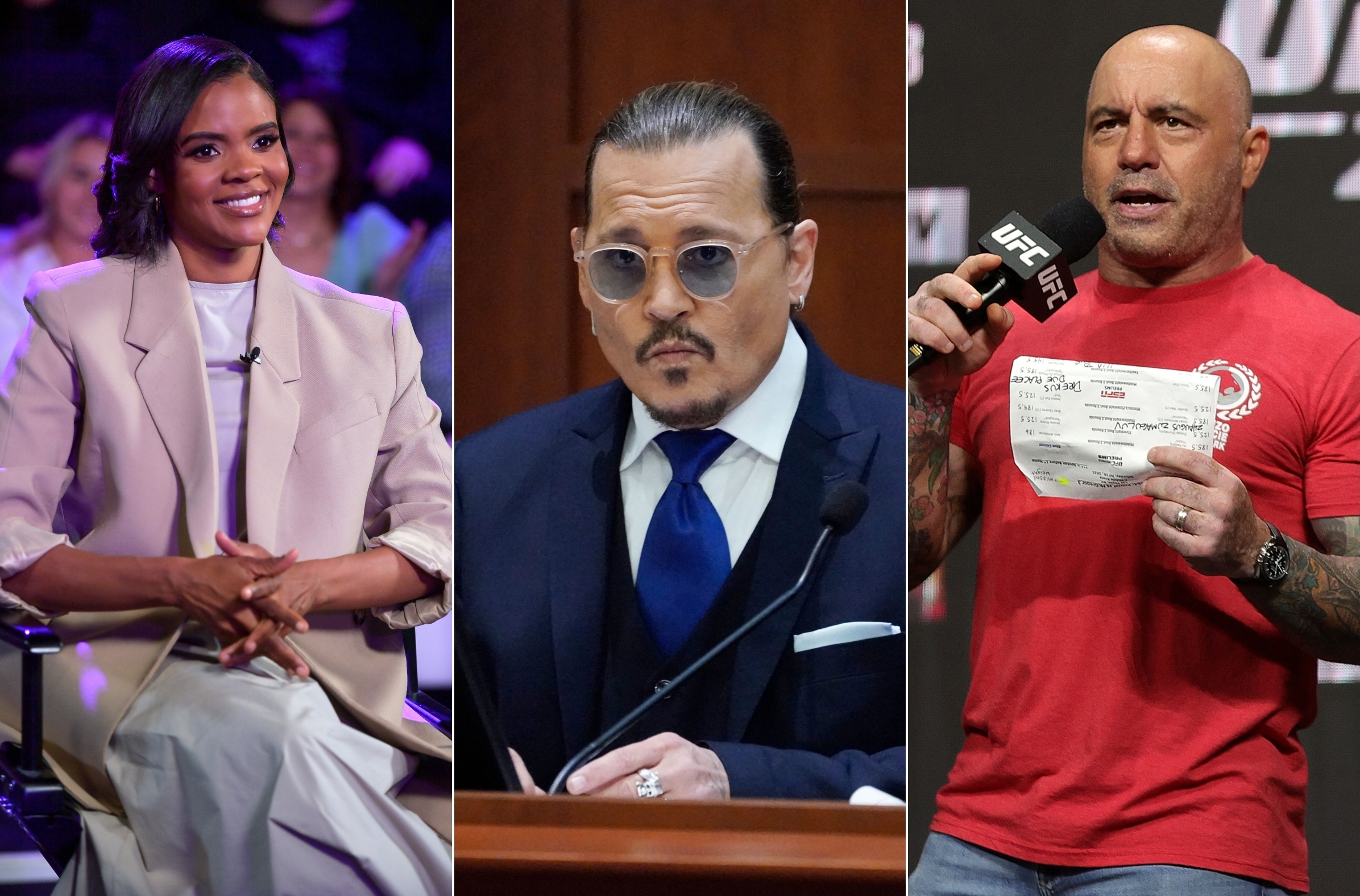 As fascinating details continue to emerge in the Johnny Depp and Amber Heard trial, celebrities have continued to speak out in support of Depp.

Depp is suing ex-wife Heard in a $50 million defamation suit over a 2018 op-ed piece she wrote describing the “domestic violence” she faced. Heard is counter-suing for $100 million. The trial has caught the attention of millions with its revelations of feces in the bed, Depp losing part of his finger, drug and alcohol allegations, and furious exchanges between the couple while they were married.

During the current trial, some have voiced their support for Depp publicly, while other celebrities have been called in as character witnesses on both sides. This is the second trial involving allegations of violence during their relationship as Depp was also involved in a case with the British press in 2020 after The Sun called him a “wife beater.”

During the current trial, right-wing political commentator Candace Owens has spoken out strongly in support of Depp, calling Heard a “liar from day one.”

She’s spoken out about the case on her show Candace. “It has been absolutely ridiculous to see what that woman was allowed to do because she just flew under the radar of the Me Too movement,” Owens said.

“There was more than enough evidence to convict her from the very beginning of being an extremely abusive partner she is.” She continued, “[Heard] is every bit an example of what I’d refer to when I refer to toxic feminism.”

Owens also tweeted her support for Depp and her opposition to Heard on April 14, 2022.

Comedian and podcast host Joe Rogan has also been vocal in his support for Depp and his disagreement with Heard. He even called her a “crazy lady” who is “full of s***.”

Speaking on Tuesday’s The Joe Rogan Experience podcast with his guest Jessica Kirson, Rogan said of Heard, “That’s what happens with people like that—people are just manipulative and full of s**t like that”

He brought up his friend, comedian Doug Stanhope who knew of her. His account, according to Rogan was “He’s like, ”She’s out of her f**king mind like a crazy actress!'”

Depp and Heard’s lawyers have listed which celebrities will be taking the stand during the trial to testify on their respective behalves. Supporting the Pirates of the Caribbean star is British actor Paul Bettany, who plays Vision in the Marvel movies.

Jason Momoa recently caused a stir when a simple social media action was interpreted as support for Depp. The Aquaman star, who stars in those movies with Heard, recently started to follow Depp on Instagram during the trial. Depp’s passionate fanbase have seen this as a show of support for him.

Some of Depp’s behavior has come into question in the past, especially during the 2020 trial involving Depp and News Group Newspapers Ltd, the publishers of The Sun newspaper in the UK.

During the 2020 trial, Depp’s ex-partner of 14 years, actress Vanessa Paradis, provided a written statement calling him a “kind, attentive, generous and non-violent person and father.”

Another of Depp’s exes, Winona Ryder, also provided a statement during that trial. She wrote about her former fiance, “I cannot wrap my head around these accusations” and added, according to Insider, “I truly and honestly only know him as a really good man — an incredibly loving, extremely caring guy who was so very protective of me and the people that he loves.”

Before stepping aside from the Fantastic Beasts franchise, Depp was originally scheduled to reprise his role as Grindelwald before being replaced by Mads Mikkelsen. Harry Potter author and writer of those movies J.K. Rowling seemed supportive of Depp amid his legal troubles.

“Based on our understanding of the circumstances, the filmmakers and I are not only comfortable sticking with our original casting, but genuinely happy to have Johnny playing a major character in the movies,” she wrote on her website in 2017.

Married actors Javier Bardem and Penelope Cruz also spoke in favor of Depp during the 2020 trial. Cruz said, “I’ve seen Johnny in so many situations and he is always kind to everyone around. He is one of the most generous people I know,” according to The Blast.