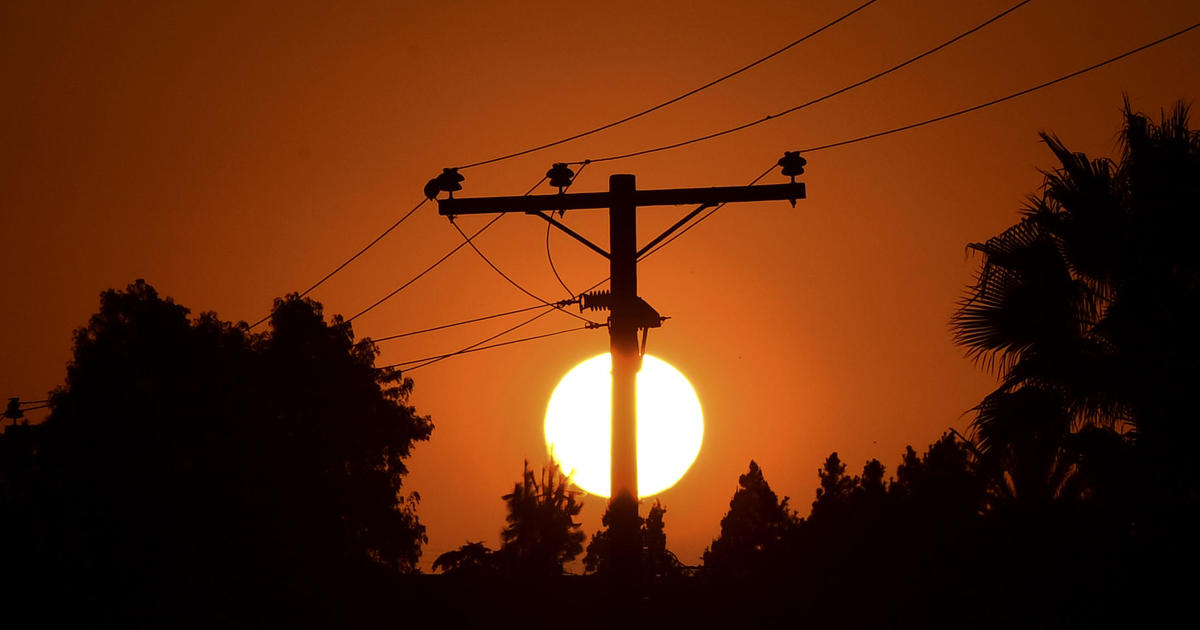 SAN FRANCISCO (CBS SF/BCN) – California issued a statewide Flex Alert Monday as a heat wave brought blistering temperatures to the Golden State over the Labor Day weekend and beyond.

The alert for Labor Day is the sixth consecutive day that the California Independent System Operator has called for voluntary electricity conservation during peak usage hours, from 4 to 10 p.m.

Advisories and warnings for hot weather for the Bay Area have been extended until Thursday evening by the National Weather Service. The region will see the hottest temperatures on Monday and Tuesday, forecasters said.

An excessive heat warning has been issued for the interior of the Bay Area, where high temperatures are forecast in the upper 90s to near 115, Monday through Tuesday and possibly into Wednesday.

Monday’s forecast for the greater San Francisco Bay Area calls for clear skies and highs in the mid 70s along the coast, 90s in San Francisco and parts of the East and South Bay, and triple digits in the Napa area and inland.

Excessive heat watches and warnings are in effect for much of the Bay Area. Monday night calls for clear skies with lows in the 60s around the Bay.