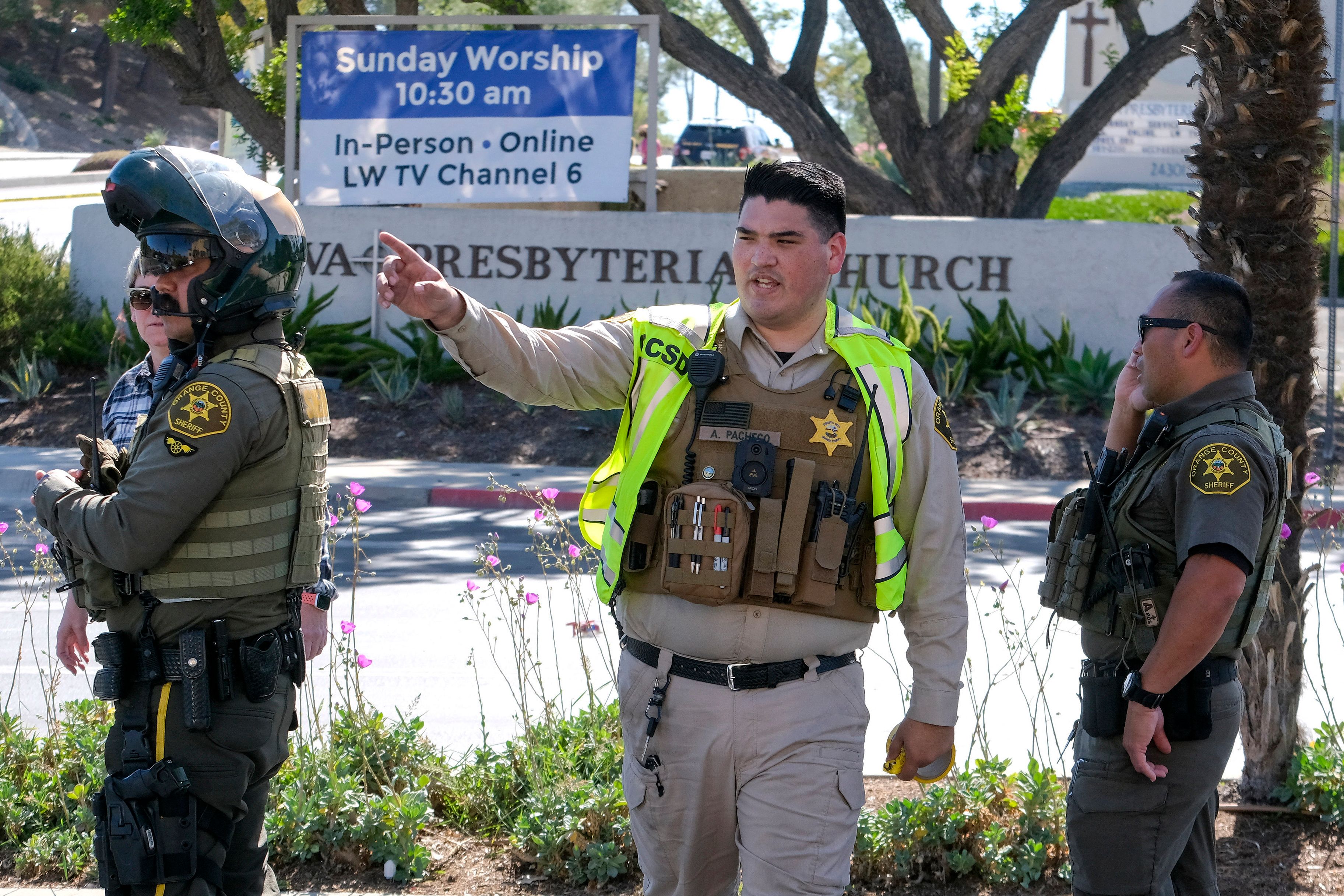 Members of the Geneva Presbyterian Church in California are being credited with preventing more deaths and injuries after congregants stopped the suspect in Sunday’s mass shooting and “hog-tied” the man with an extension cord.

The suspect, an Asian man in his 60s, was already detained when deputies arrived shortly following the shooting at 1:26 p.m. Sunday in Laguna Woods, the Orange County Sheriff’s Department reported.

“We believe a group of churchgoers detained him and hog-tied his legs with an extension cord and confiscated at least two weapons from him,” Jeff Hallock, OCSD undersheriff, said at a press conference. “That group of churchgoers displayed what we believe is exceptional heroism and bravery in intervening to stop the suspect. They undoubtedly prevented additional injuries and fatalities.”

The shooting unfolded during a banquet after a service at the church in Laguna Woods, a Southern California city with roots as a senior-oriented community. One person was killed, four were injured critically and another suffered minor injuries, the OCSD said.

Many of those in the church when the shooting occurred were Taiwanese, the sheriff’s department said. About 30 to 40 people were present.

The conditions of the hospitalized victims were unknown, Hallock said.

The suspect was not named by police and was not injured in the incident.

Investigators are working to determine his place of residence and if he had any connection to the church, but said they don’t believe he is from the Laguna Woods community.

“At this time, we do not know what the suspect’s motive may be, or whether he had an intended target, or whether this is even a hate-related incident,” Hallock said.

“At this time, we are working very hard to determine the motive,” she said, noting linguists will assist.

Two handguns recovered from the scene are currently being traced, according to the Bureau of Alcohol, Tobacco and Firearms.

Lisa Bartlett, Orange County supervisor, called it a “very dark day for the people of Laguna Woods and Orange County,” noting it came shortly after the “tragic and hate-filled actions” in Saturday’s mass shooting at a Tops Friendly Market in Buffalo, New York, the deadliest U.S. mass shooting this year.

Gendron reportedly posted 180 pages of hate-filled writings online, according to The New York Times, in a document that allegedly references racist, anti-immigrant and anti-Semitic beliefs.

Newsweek reached out the OCDS for additional information.