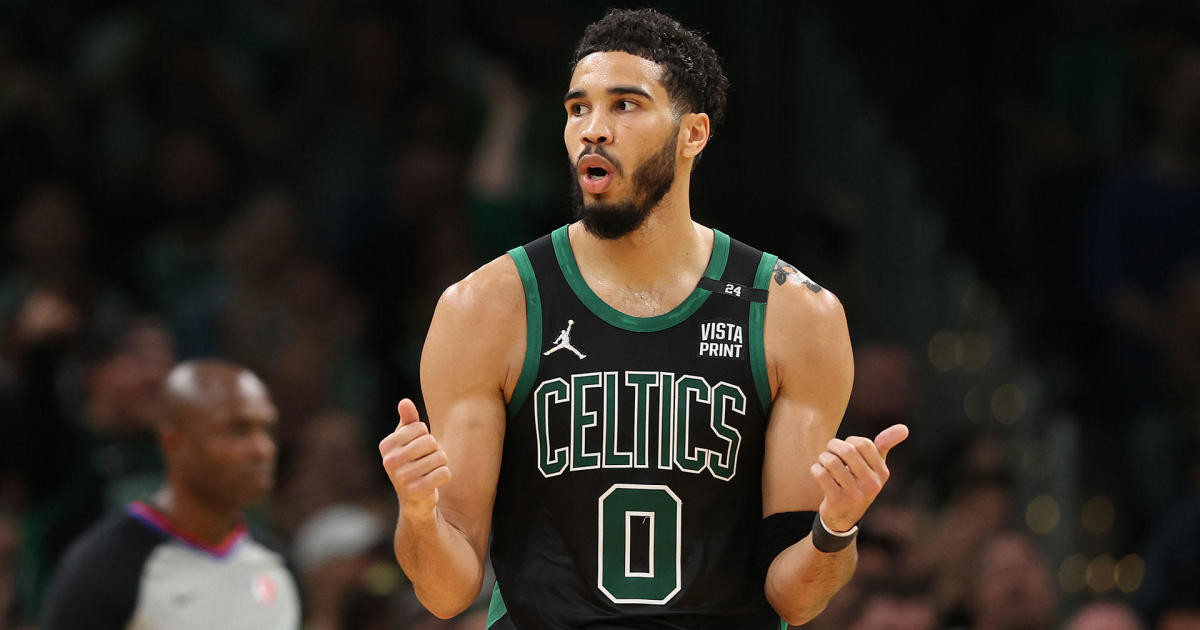 BOSTON  – The Celtics are going to have to win a Game 7 in Miami if they want to go to the NBA Finals. Boston didn’t get it going until late in Game 6 and lost to the Heat, 111-103, at TD Garden on Friday night.

Everything that plagued the Celtics in Games 1 and 3 – turnovers and offensive rebounds – returned on Friday night. Boston turned the ball over 18 times, leading to 22 Miami points, and surrendered 11 offensive rebounds.

Jayson Tatum (30 points) and Jaylen Brown (20 points) both came to play for the Celtics, and Derrick White added 22 points off the bench. But it wasn’t enough for Boston, as the star duo had just seven shots in the second half.

“We’ve been resilient all year and this is a different test,” Brown said of the upcoming Game 7. “Obviously, this game hurt to lose on our home floor. But we have to have a short memory. That team over there is hungry and experienced, so we have to come out ready to go, come out with a great mentality.”

The Celtics had no answer for Jimmy Butler, who returned to his usual form on Friday night. Butler was in full “Jimmy Buckets” mode, exploding for playoff career-high 47 points to go with nine rebounds, eight assist and four steals to lead the Heat to a series-extending victory.

Butler was 16-for-29 from the floor and hit four of his eight threes. He also hit all 11 of his free throws.

“He put it on his shoulders and we didn’t match it,” Ime Udoka said after the loss.

Butler was the difference on Friday night. He got hot early and never cooled off, scoring 14 points to go with five rebounds and four assists in the first quarter. Miami led 29-22 after 12 minutes of action.

Tatum scored nine straight for Boston in a 1:42 span early in the second quarter, and cut Miami’s lead to 32-31 with a nice fallaway jumper. It was part of an 11-3 run for Tatum going back to the end of the first quarter.

Brown went on his own run later in the second, scoring 11 straight for the Celtics. He gave Boston its first lead with 3:05 in the quarter on a pair of free throws, and put Boston up 46-42 a few minutes later when he was fouled on a nice driving layup.

Rob Williams scored 10 points for Boston in the third, including a nice jam off a feed from Tatum after he blocked Gabe Vincent on the other end. But Strus drained another three with just over a minute left in the quarter, and Miami led 82-75 going into the fourth quarter.

After Miami went up by nine on a Butler turnaround, Derrick White got it going. He hit a three and then a nice floater to cut the Heat lead down to 89-85 with 9:36 to play. White scored eight points in under three minutes early in the fourth.

Butler stayed hot though. He hit a corner three despite some strong defense by Marcus Smart to put the Heat back up by five, and then banked in a driving layup after a pair of Tatum free throws to give Miami a 94-91 lead with 6:23 to play.

Horford didn’t make his first shot until there was 5:31 left in the game, but it was a big one. He hit a three after a Miami shot clock violation to knot things at 94-94, and White gave Boston a 97-94 lead with a corner three with 4:43 left following a Butler missed three.

Kyle Lowry answered with a three of his own, and then put Miami back on top with a pair of free throws after he was fouled by Brown on a drive to the hoop. It was the eighth lead change of the game, after there were only eight lead changes in the first five games.

There could have been another lead change with just over two minutes left. Brown went to the line for Boston with the game tied 99-99, but missed both freebies. After P.J. Tucker pulled down the rebound, Butler was fouled as he put in driving layup and hit his free throw to give Miami a 102-99 edge with 2:06 to play.

Butler drained a deep two as the shot clock went off with 43.9 left to put the Heat up 107-101 and essentially seal the victory for Miami.

Now the series will come down to a deciding Game 7 in Miami on Sunday night. The Celtics have to put a disappointing Game 6 loss behind them and get ready to win another Game 7 — this time on the road — to reach the NBA Finals for the first time since 2010.

“We know we can go there and win,” Udoka said of Boston’s two wins in Miami during the series. “We had to make it harder than it is, not taking advantage of what is in front of us. Sloppy basketball on both ends and we can’t have that on the road. We have to match their physicality.”