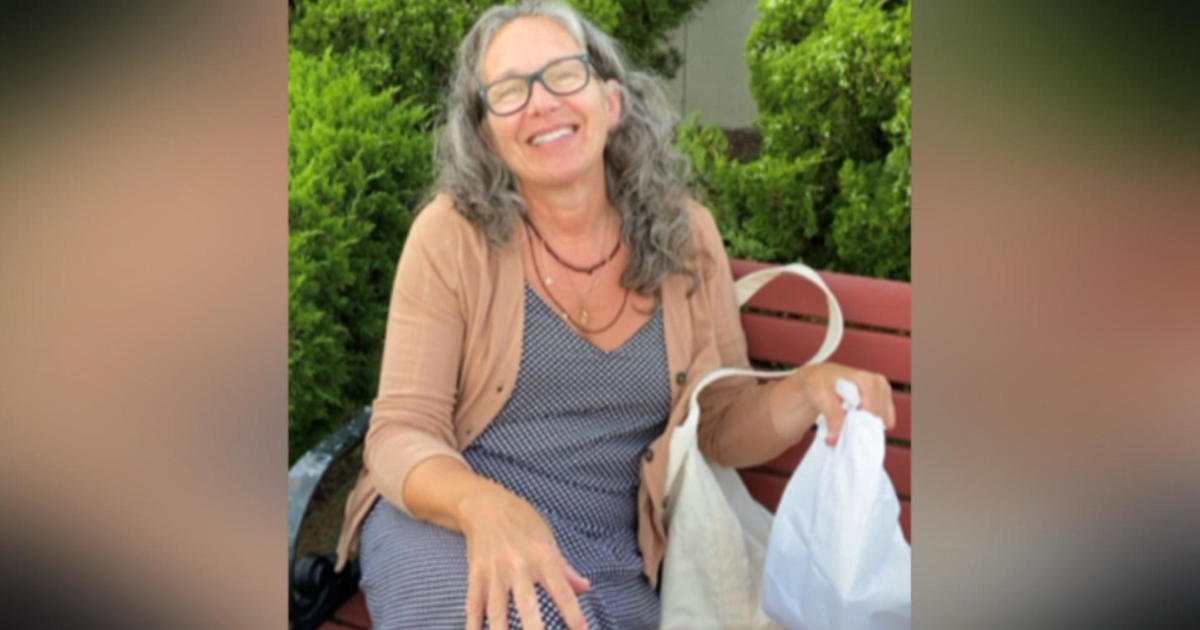 BUCKS COUNTY, Pa. (CBS) — The Bucks County District Attorney’s Office is asking for the public’s help to find a missing woman. Elizabeth “Beth” Capaldi, 55, was last seen at her home in Sellersville, 16 days ago.

Right now, investigators are working around the clock to find Capaldi and they are asking for the public’s help to bring her home.

“A lot of people are worried about her,” DA Matt Weintraub said.

She hasn’t been seen or heard from in more than two weeks.

“This is a pretty substantial step that we’re taking here by asking all of you to help us broadcast this to anybody that’s watching, in the millions. So we don’t do this lightly,” Weintraub said.

Capaldi was last seen at her house on High Street on Oct. 10 in the early morning hours.

Weintraub says Capaldi’s husband was the last person who saw her.

“She was reported missing two days after that, on October the 12th, by her daughter, after her family uncharacteristically had not heard from her,” Weintraub said. “I don’t want to lead or mislead anybody here. We don’t want anybody jumping to any conclusions. The investigation is of course remains open and very hot.”

Most recently, Capaldi was working from home, but not at the time she disappeared. Weintraub says Capaldi’s wallet was missing, but her car, keys and cell phone were all left behind.

“It’s just been my experience that people don’t go missing unless they intend to go missing, there was a horrific accident or there was some terrible foul play. None of those three options are great,” Weintraub said.

Weintraub says everyone detectives have interviewed so far in the case has been forthcoming with information.

Detectives have some leads and are holding out in the hope Capaldi will be found alive.

“Somebody out there definitely knows something that’s going to be able to help us out. And this is what we’re asking. We need your help now,” Weintraub said.

Anyone with information is asked to call the Perkasie Borough Police or the Bucks County District Attorney’s Office.