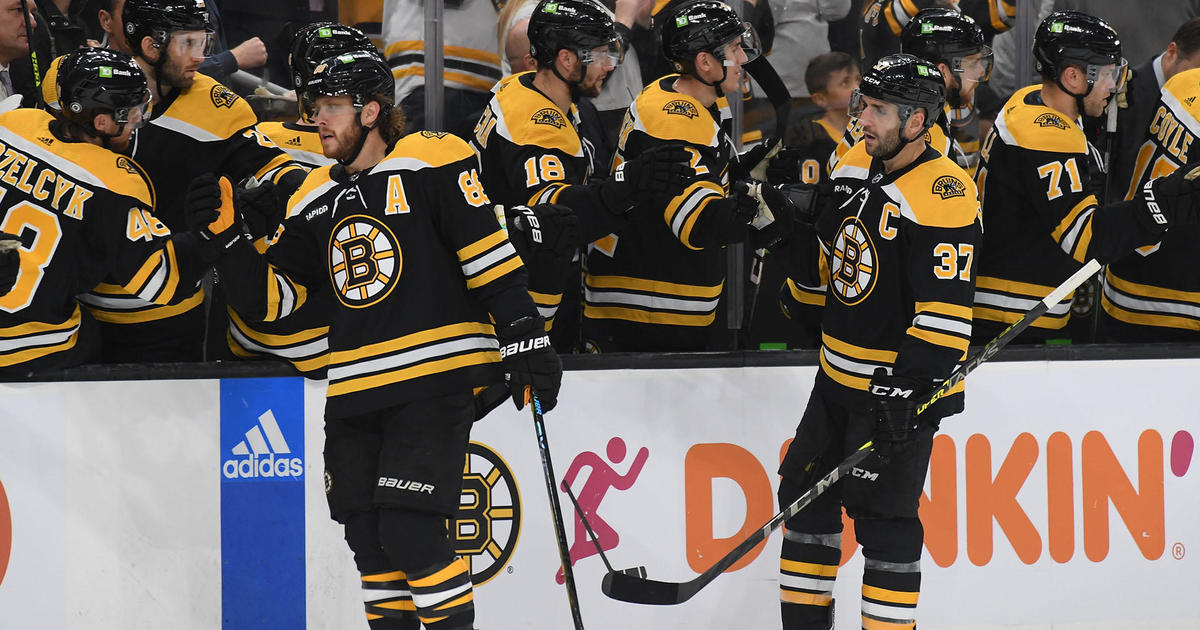 It was the third straight game-winning score for Hall, who had an overtime goal to beat Minnesota on Saturday after collecting the lone tally in a shootout against Anaheim last Thursday.

David Pastrnak added a power-play goal and an assist, and Patrice Bergeron had an empty-netter with 27 seconds to go for the Bruins, who remained unbeaten at home at 5-0 in coach Jim Montgomery’s first season running the team.

In a matchup of two of the league’s better teams early in the season, Boston took the lead in the second and made it stand with steady defensive play and another solid effort by Ullmark, who made his third straight start.

With 63 seconds left in the second, Hall one-timed Pastrnak’s cross-ice pass into the net from the right faceoff circle for his third goal (not counting his shootout winner) in the last three games, moving the Bruins ahead 2-1.

Ullmark made a nice stop on Luke Glendening at the end of a 3-on-1 break with just over 15 minutes to play in regulation. Then added a right-pad stop on Joe Pavelski’s shot from the slot with about 90 seconds left.

Coming off a loss in Ottawa on Monday night, the Stars tied it at 1 on Johnston’s goal 1:48 into the second. Both Bruins defenseman (Derek Forbort and Connor Clifton) ended up behind the net trying to get to the puck, but it popped out front where Johnston slipped it past Ullmark from just above the crease.

With Johnston in the box for roughing, Boston took the lead when Pastrnak one-timed a soft pass from Hampus Lindholm over Oettinger’s left shoulder from the left circle 12:49 into the game.

Both goaltenders entered with 4-0 records and solid goals-against-averages. Oettinger was second in the league at 1.25 and Ullmark came in with a 2.33 mark.

Boston defenseman Brandon Carlo returned after missing the last four games with what he confirmed was a concussion. With him back, forward Jakub Lauko was sent to Providence of the AHL. … Dallas defenseman Miro Heiskanen was sidelined with an undisclosed upper-body injury. … Lindholm’s next game will be the 600th of his NHL career.