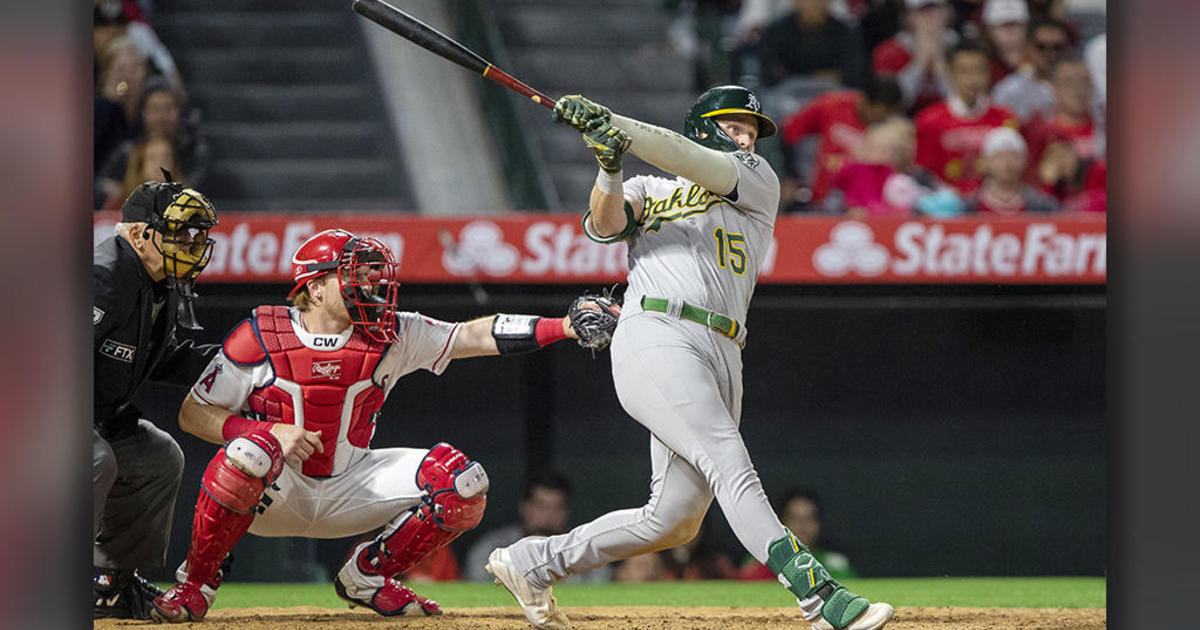 ANAHEIM (AP) — Seth Brown hit a go-ahead home run in the fifth inning and the Oakland Athletics bounced back with a 4-2 victory over the skidding Los Angeles Angels on Friday night.

After Jed Lowrie walked with one out, Brown drove a fastball from Chase Silseth (1-1) down the right-field line to give the A’s a 3-2 lead. The outfielder began the night batting .186 but is 7 for 16 over the last four games after starting the month with a 4-for-39 slump.

All four of Brown’s homers this season have come on the road, and three have put the Athletics in the lead.

Lowrie also went deep and scored two runs for Oakland, which had dropped four of five. Sam Moll (1-0) got the win and Dany Jimenez picked up his eighth save.

Anthony Rendon had two hits and drove in a run for the Angels, who have lost a season-high four straight games.

Oakland grabbed a 1-0 lead in the first when Lowrie drove Silseth’s splitter into the right-field seats. The Angels tied it in the home half when Shohei Ohtani drew a walk, stole second and came home on Rendon’s base hit to right.

Los Angeles went ahead 2-1 in the third. Taylor Ward led off with a double and scored on Mike Trout’s double.

Oakland extended its lead to 4-2 in the sixth when Kevin Smith’s sacrifice fly scored Luis Barrera.

The Angels struck out 13 times, including seven looking. They were held without a hit after Rendon’s two-out double in the fifth. Their only baserunner over the final four innings was when Luis Rengifo walked in the sixth.

Silseth pitched six scoreless innings in his major league debut at Oakland last Saturday, but struggled at times in his second matchup with the A’s. The right-hander allowed three runs and six hits in 4 1/3 innings with six strikeouts.

Oakland right-hander Paul Blackburn narrowly missed out on his fifth win of the season. He went 4 2/3 innings and gave up two runs on six hits with five strikeouts. He has allowed two runs or fewer in seven of eight starts this season.

Athletics: Daulton Jefferies was placed on the injured list due to right arm nerve irritation. Manager Mark Kotsay said the right-hander has been diagnosed with thoracic outlet syndrome, but is seeking a second opinion. Left-hander Kirby Snead was optioned to Triple-A Las Vegas, while right-hander Jake Lemoine and left-hander Zach Logue were recalled.