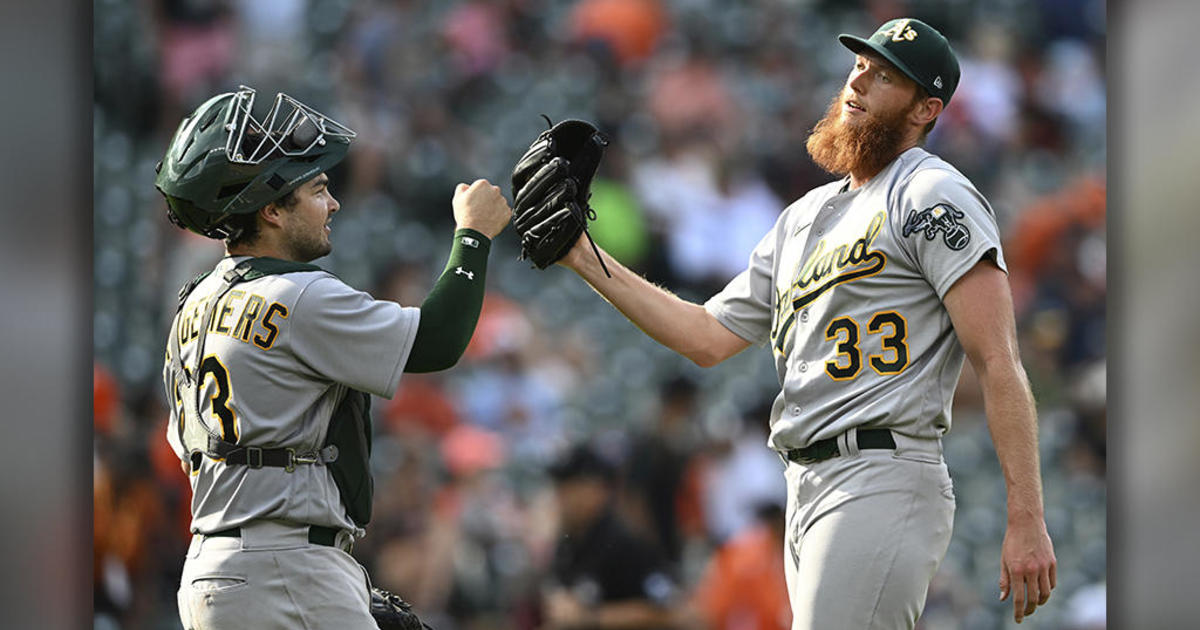 The Orioles, who snapped a four-game winning streak, fell 2 1/2 games behind Toronto in the race for the American League’s third wild-card spot and play a four-game series with the Blue Jays beginning Monday.

“We’re playing a division team that is ahead of us in the wild card so it’s a big series in terms of standings,” Baltimore manager Brandon Hyde said. “A lot of our guys have never been in this position in September, so it’s going to be a lot of fun.”

Martínez (4-3) was recalled from Triple-A Las Vegas on Aug. 28, for his fourth stint with Oakland this year. He finished with four strikeouts and two walks.

“I was just looking to attack the zone,” Martínez said through an interpreter. “Last time I made sure to focus on batter by batter. I’m focusing more on that than a negative outcome and I’m just really happy that things played out this way.”

Joel Payamps, Domingo Acevedo and A.J. Puk further contained the Orioles, who were shut out for the eighth time this season.

Oakland took a 1-0 lead in the second on a run-scoring single by Sheldon Neuse off Spenser Watkins (4-6).

A two-run single for Shea Langeliers in the third increased the margin to 3-0 in the third and prompted a visit from Orioles pitching coach Chris Holt to Watkins, who lasted just 4 2/3 innings in his last start.

Martínez retired 10 consecutive batters before allowing a walk to Jorge Mateo with two outs in the fifth.

Brown hit homers in the sixth and eighth, which boosted the lead to 5-0.

“Everybody’s been at that point of just pressing, and I think we’re finally starting to see the results of being together and trying to get the next guy out,” Brown said. “Somebody’s going to come up big, and it just happened to be me today.”

Watkins allowed four runs and nine hits with one walk over six innings.

Despite the loss, Baltimore took two of three and has won five consecutive series. The last time the Orioles won at least five straight series was July-August 2014 when they won eight in a row.

“We want to sweep a series whenever we can, but a series win is good,” Watkins said.

Oakland snapped a four-game losing streak and improved to 50-85.

“We played a good, clean baseball game today,” Athletics manager Mark Kotsay said. “You hear me talking a lot about playing clean gives us the best chance to win.”

Athletics: OF Ramón Laureano (left oblique strain) served as the DH for Single-A Stockton on Sunday. Laureano could return to the lineup for the series against the Braves beginning Tuesday.

Orioles: RHP Tyler Wells (lower left side discomfort) had no setbacks with his bullpen session and will make at least one more rehab start.