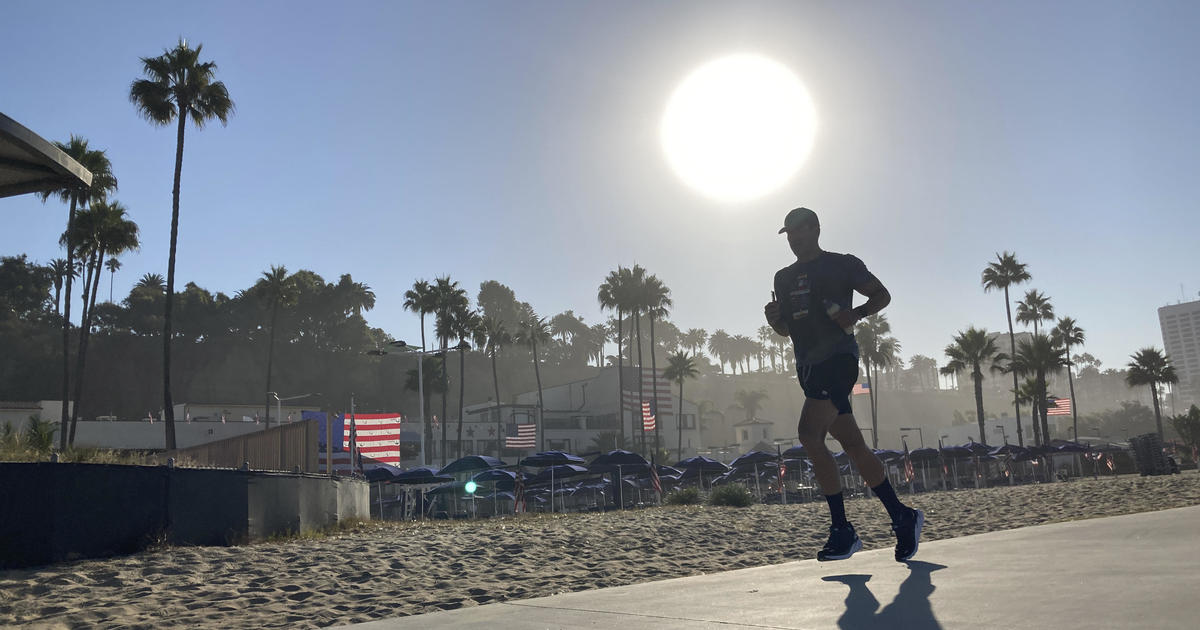 SAN FRANCISCO — A massive heat dome parked over the southwest and stretching for thousands of miles will trigger record-shattering Labor Day temperatures with triple digits expected throughout the Bay Area.

Forecasters were predicting a record 107 degrees in Santa Rosa, 110 in Concord and 109 in Livermore. In Southern California, Death Valley could reach a scorching 125 by Tuesday afternoon.

Advisories and warnings for hot weather for the Bay Area have been extended until Thursday evening by the National Weather Service. The region will see the hottest temperatures on Monday and Tuesday, forecasters said.

An excessive heat warning has been issued for the interior of the Bay Area, where high temperatures are forecast in the upper 90s to near 115, Monday and Tuesday, with many inland areas staying well over 100 degrees through Thursday.

By 6 a.m., San Jose already at 70 degrees and was predicted to reach a record-breaking 100 degrees later in the day.

“To put this late-summer heat in perspective, over 100 daily high temperature records could be set between today and Wednesday, with around 40 of those records potentially threatening September monthly extremes,” the National Weather Service said on Monday. “Death Valley (the hottest location within the United States is forecast to reach 125 degrees on Tuesday. Excessive Heat Warnings and Heat Advisories have been issued for much of California and Nevada.”

Forecasters said residents living away from the coast will be sweltering with triple digit temperatures the rest of the week.

“Residents should continue to follow proper heat safety and check in on family members and neighbors who may be more vulnerable to heat related illnesses,” the weather service warned.

The heat and light winds has also prompted air district officials to extend a Spare the Air Alert through Tuesday.

The triple digit conditions throughout much of California will be putting a severe strain on the power grid, so chances of power outages will grow in the coming days.

Officials issued a statewide Flex Alert Monday. The alert for Labor Day is the sixth consecutive day that the California Independent System Operator has called for voluntary electricity conservation during peak usage hours, from 4 to 10 p.m.

“This is about to get significantly more intense,” Mainzer told reporters.

The system operator is in charge of managing and maintaining reliability on the electric grid, a challenging job during hot weather when energy demand soars as people crank up their air conditioners.

Grid managers have several options available before power outages, like tapping backup generators, buying more power from other states and using so-called demand response programs, where people are paid to use less energy. But keeping the lights on will also require Californians to continue conserving as they have been, even as temperatures rise.

During the day, California’s energy grid runs on a mix of mostly solar and natural gas, as well as some imports of power from other states. But solar power begins to fall off during the late afternoon and into the evening, which is the hottest time of day in some parts of the state.

Thousands escaped the heat by heading to the coast. A popular destination was Stinson Beach which was jammed with visitors on Sunday.

Cars on Highway 1 inched along. Some people parked their cars along the highway and walked a couple of miles into town. They said it was faster.

“This is one of our busiest weekends in years with the heat wave and we really appreciate everyone coming out. This parking lot has been flooded for the past couple of days and people are parking illegally but it’s been good for our business,” said Kimmy Haines at Live Water Surf Shop in Stinson Beach.

But the heat was also bringing with it the deadly threat of wildfires in the drought parched hills, forests and fields. Two people have died in the Mill Fire which has devastated the Siskiyou community of Weed.