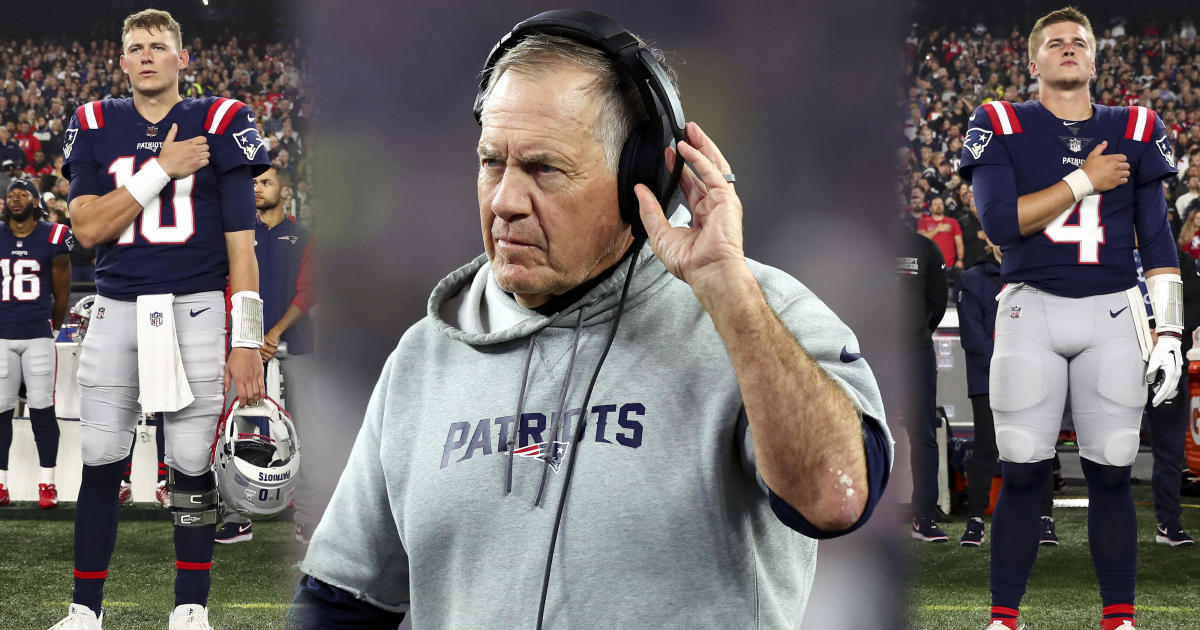 BOSTON — The plan at quarterback on Monday night blew up in the Patriots’ faces against the Bears, with Mac Jones getting booed and benched in favor of Bailey Zappe. The rookie briefly popped, leading two touchdown drives, but ultimately had a rough night as well, with the Patriots getting blown out by a bad Bears team.

After the loss, some Patriots — like Jakobi Meyers, Rhamondre Stevenson, and Mike Onwenu — said that they were unaware of the plan to switch quarterbacks prior to the game. Those comments would seem to indicate that there was a lack of proper communication with the team prior to the game. But on Tuesday morning, Bill Belichick refuted that notion.

“I talked to the quarterbacks, talked to the leaders of the team. Everybody knew what the plan was,” Belichick said on The Greg Hill Show on WEEI. “I mean, not every single person, obviously. I wouldn’t talk to every person about another player’s role in the game. That’s just … like, they all have their jobs to do. But there was no lack of communication.”

Meyers was one player who spoke with some emotion about how much it hurt to see Jones “get that kind of treatment.” Belichick said he’s yet to address that with the receiver.

“Yeah, I didn’t talk to Jakobi after the game,” Belichick said on WEEI. “So I’m not sure about all of that.”

Belichick was asked on the show if he plans to take the same quarterback approach from Monday into future games.

“No, I don’t think that’s the situation at all,” Belichick said.

Belichick was also asked if he saw enough out of both quarterbacks to decide upon a starter for this week’s upcoming game in New Jersey against the Jets.

“Yeah, we’ll do what we feel is best for the football team,” he answered.

After his radio interview, Belichick spoke to Patriots reporters over Zoom. There, he was asked directly if Jones will be the starting quarterback if he’s healthy.

“Again, that’s a hypothetical question. So let’s see where that is and what that is,” Belichick replied.

Belichick was also asked if Jones was healthy enough to play the entire game on Monday night.

A reporter pointed out that Jones said he felt good after the game.

As for why Belichick stuck with Zappe to start the second half, Belichick just said, “Felt like that was the best decision at that point in time.”

Based on the outcome of Monday’s game, the Patriots may need some more clarity at the quarterback spot as they move forward. Yet at this point in time, those answers won’t be coming from the head coach.