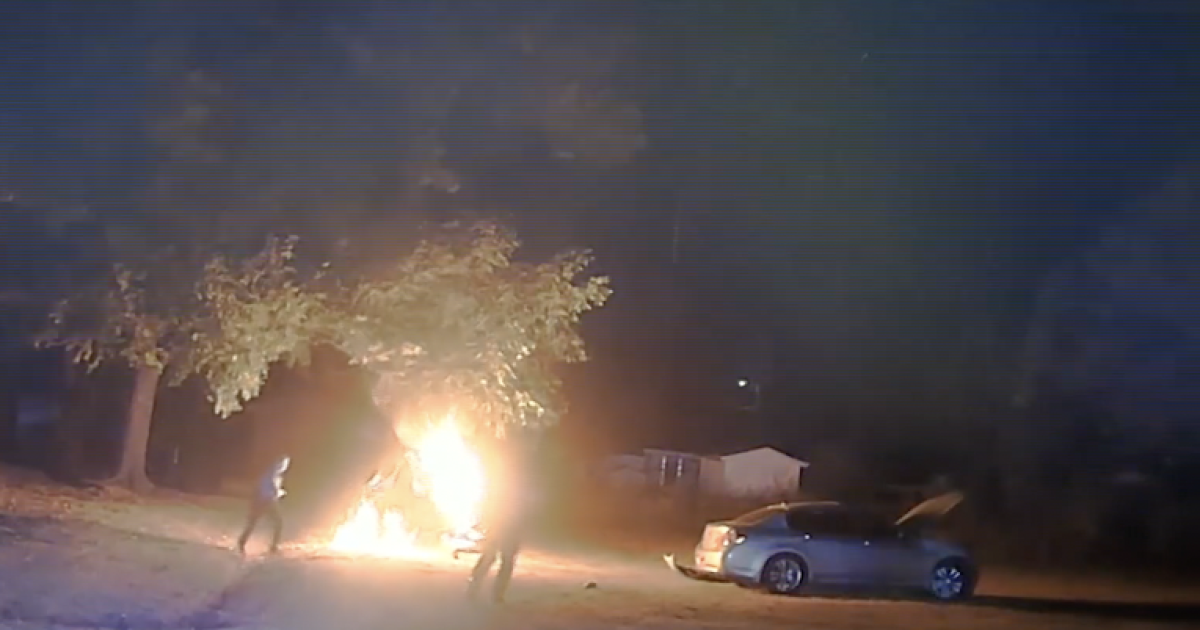 An Arkansas motorcyclist carrying a gasoline-filled backpack was expected to survive after he was engulfed by a fireball when a state trooper used a Taser on him during a traffic stop, authorities said.

The Oct. 13 traffic stop was captured on dramatic dashcam video provided Thursday to The Associated Press by Arkansas State Police.

The video shows a trooper attempting to pull over a motorcycle driven by Christopher Gaylor, 38, of Alexander, Arkansas, because no license plate was visible on the motorcycle. A chase ensued with speeds approaching 100 mph until Gaylor jumped from his motorcycle in a residential area of North Little Rock, state police said.

A second state trooper used a Taser on Gaylor and a fire immediately erupted. State police said they later learned that Gaylor was carrying about 1 gallon of gasoline in his backpack.

The video shows troopers extinguishing the blaze and providing medical care to Gaylor, who remains hospitalized but is expected to recover, state police said.

He faces charges of felony fleeing, failure to register a vehicle, no liability insurance, driving with a suspended license and reckless driving. It was unclear whether he had an attorney to speak on his behalf.