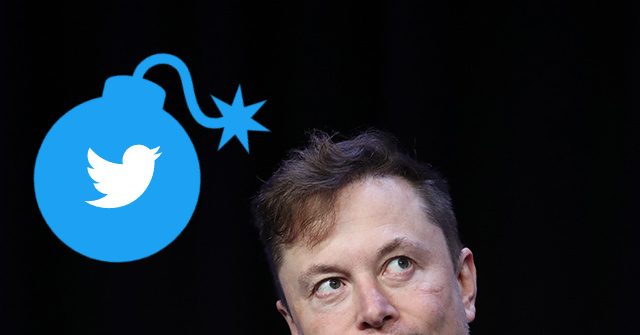 More than a third of Twitter’s top 100 marketers have not advertised on Elon Musk’s platform in the past two weeks, according to a recent analysis by the Washington Post.

The Washington Post reports that more than a third of Twitter’s top 100 marketers have not advertised on the platform in the past two weeks, highlighting the nervousness of advertisers around Elon Musk’s purchase of the company.

Since Musk’s chaotic acquisition of Twitter a few weeks ago, the digital marketing trends analysis firm Pathmatics has found that 14 of the top 50 advertisers have stopped advertising on the site. Ads for blue-chip brands such as Jeep and Mars candy, whose corporate parents previously were amongst the top 100 U.S. advertisers on Twitter in the six months’ before Musk’s purchase, haven’t appeared there since November 7. Several weeks ago, Breitbart News reported on the major advertisers who spearheaded the advertising exodus after Musk’s takeover.

In a statement to the Post, Mars said: “Mars started suspending advertising activities on Twitter in late September when we learned of some significant brand safety and suitability incidents that impacted our brand.” The statement would seem to indicate that Mars’ advertising pause predates Musk’s takeover.

Matthew Quint, the director of the Center on Global Brand Leadership at Columbia Business School, said that many companies are under “pressure, from a range of their stakeholders and consumers, around being connected with content that is viewed as inflammatory.”

Quint noted that Musk is becoming “a very strong brand himself, and a controversial brand.” He added: “The more he is out in the front, the more advertisers may … just choose to say I’m still not ready to be heavily associated with a Musk platform at this point.”

Lucas Nolan is a reporter for Breitbart News covering issues of free speech and online censorship. Follow him on Twitter @LucasNolan