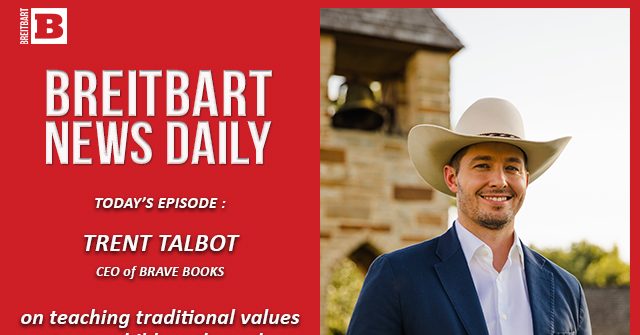 Host Alex Marlow begins today’s show with an explanation of why Biden’s proposed gas tax holiday is Doo Doo Economics. That’s right, you heard it here first. It is a de facto handout to the oil and gas industry that Biden is fond of scolding, and it won’t make a difference to your family’s personal finances. It also reveals that he has no more tricks up his sleeve to fix the problem (aside from more drilling which he won’t do).

Alex gets into more economic headlines, including Biden and Fed Chair Jerome Powell contradicting each other about the cause of inflation. He then turns his attention to Sen. John Cornyn and his gun-grabbing agenda. The Republican Senator from Texas says he was joking about pushing an amnesty bill. Who jokes about this? Out of touch GOP establishment elites, apparently.

Of course, Alex gives his regular “Woke Update,” which today focuses on branches of the U.S. armed forces that continue to pander to the gender non-binary and two-spirit communities. I’m sure our enemies are quaking in their boots.

Next, Alex runs through some political headlines, including a New Hampshire GOP primary poll showing Florida Gov. Ron DeSantis ahead of Donald Trump in a hypothetical 2024 primary race. All that and more in the opening.

The Breitbart News Daily Podcast runs Monday through Friday as a “Director’s Cut” of the SXM Patriot radio show. Hosted by Breitbart Editor-in-Chief Alex Marlow, you’ll hear Alex’s take on the big political stories, interviews with various newsmakers, and the Patriot “Caller of the Day.”

SUBSCRIBE for free by clicking your preferred podcast platform below.