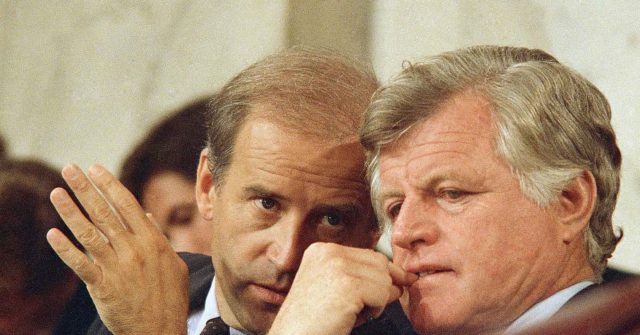 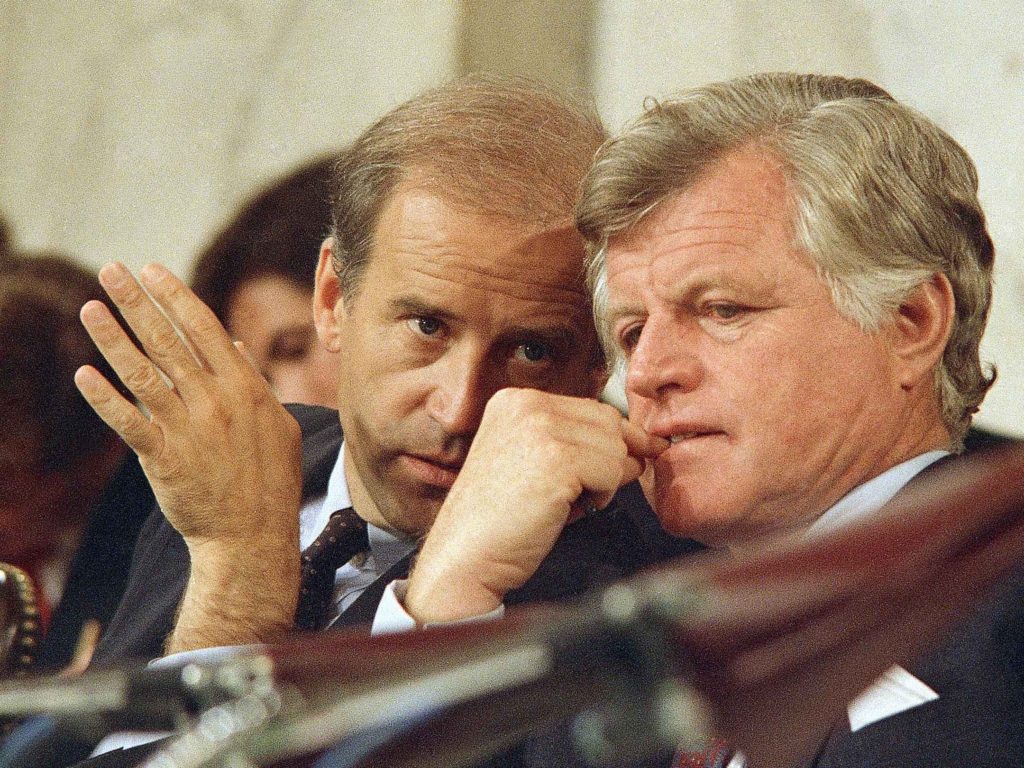 President Joe Biden has reacted to the leaked draft of a Supreme Court decision reversing Roe v. Wade this week by citing his own role in blocking Judge Robert Bork from the Court in 1987, a notorious episode that launched the nation’s judicial wars.

Bork, widely considered one of the finest legal minds of his generation, was a conservative jurist nominated by President Ronald Reagan to fill a vacancy on the Supreme Court. Until then, Supreme Court nominees were approved or rejected on the basis of qualifications; Justice Antonin Scalia, one of the most iconic conservative jurists of the era, had been confirmed by a unanimous vote in the U.S. Senate just the year before.

Biden, then the chair of the Senate Judiciary Committee, set about trying to block Bork’s ascent to the nation’s highest court by focusing on his philosophical views. Together with Sen. Edward Kennedy (D-MA), whose demagogic speech against Bork has lived on in infamy, Biden set about destroying Bork’s reputation by claiming that because he did not believe that the Constitution included an inherent right to privacy, he would reverse social decisions on contraception, abortion, and other issues.

Bork went down to narrow defeat in the Senate, and Republicans never forgot what Biden and the Democrats had done. Nor would they forget Biden’s behavior toward a subsequent Republican nominee, Clarence Thomas, who was detested by Democrats as a black conservative, and was subjected to public humiliation over flimsy allegations of sexual harassment.

The Bork fiasco launched the era of judicial warfare that reached its nadir in the 2018 confirmation hearing of Justice Brett Kavanaugh, where Democrats produces spurious and uncorroborated allegations of sexual misconduct from Kavanaugh’s high school days. One accusation, made entirely without evidence, was that Kavanaugh was a “gang rapist.” It was ugly and divisive — and it began with Biden’s role in the Bork confirmation, where he made ideology a litmus test for confirmation.

In reacting to the leaked draft, written by Justice Samuel Alito for an apparent 5-4 majority striking down Roe, Biden did not engage with the substance of the decision. In fact, he mischaracterized Alito’s draft opinion, claiming repeatedly that Alito’s ruling threatened the right to privacy and other rights, despite Alito’s explicit disclaimer: “Nothing in this opinion should be understood to cast doubt on precedents that do not concern abortion.”

In attacking Alito, Biden recalled his own role in Bork.

On Tuesday, the morning after the draft decision leaked, Biden told reporters:

I realize this goes back a long way, but one of the debates I had with Robert Bork was whether — whether Griswold vs. Connecticut should stand as law.

The state of Connecticut said that the privacy of your bedroom — you — a husband and wife or a couple could not choose to use contraception; the use of contraception was a violation of the law.

On Wednesday, he reiterated: “But this reminds me of the debate with Robert Bork. Bork believed [sic] the only reason you had any inherent rights was because the government gave them to you.” Biden grossly mischaracterized Bork’s view of inherent rights and natural law, then went on to speculate that today’s conservative justices opposed contraception.

Press secretary Jen Psaki tried to limit the damage, explaining to reporters Wednesday that Alito’s leaked decision “reminded [Biden] of Robert Bork’s view of the narrow definition of how one should analyze or review what the Constitution allows for.”

What it should remind the rest of us about is Biden’s role in tarnishing Bork, thus launching the era of judicial warfare that has corroded our politics.

By making up false claims about Alito’s decision, Biden is doing the same evil over again.