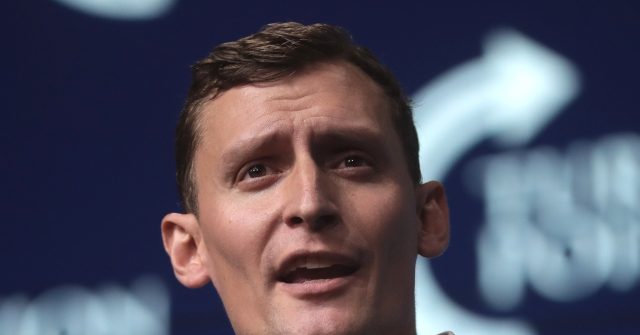 Masters criticized President Joe Biden’s decision to end Title 42 — a public health order that allows border officials to deport migrants suspected of carrying a communicable disease — noting that it could lead to an unprecedented surge of illegal aliens crossing the border.

“Some of the best estimates are that illegal crossing could double, they could triple. Some people think they could quadruple,” Masters said. “This is a radical open borders agenda. They are hell-bent on getting as many illegals here as possible. Title 42, you know, we shouldn’t have to rely on it, but it was a clever use of this old public health law that the Trump administration found to keep things stable, and Biden just wants to rip away.”

A court filing revealed more than 221,000 foreign nationals were apprehended at the border in March 2021, with the Biden administration releasing more than 80,000 of them into the U.S. interior, Breitbart News reported in April.

If Title 42 is lifted on May 23, many others share Master’s belief that the U.S.-Mexico border will be overwhelmed. Homeland Security officials believe 18,000 people could show up at the southern border every day — around 500,000 people arriving per month. Master’s fellow Arizona Republican, Rep. Andy Biggs, estimates the number of illegal crossers could be even higher at 20,000 to 30,000 arriving per day.

“This is an invasion,” Master’s said of the potential migrant surge coming to the border. “That’s an existential threat to this country, and the Democrats want it that way.”

Last week, a federal judge in Louisiana temporarily blocked Title 42 from taking effect on May 23 until the case can be properly heard through the federal court system. President Biden conceded to the court order on Thursday, saying his administration would respect the ruling. “The court has said we can’t so far, and what the court says, we’re going to do,” Biden said.

Masters, who is also president of the Thiel Foundation and backed by the billionaire Peter Thiel, spoke during the interview on his potential general election challenge against Kelly. The Arizona Republican hammered the incumbent Senator for his voting record, in which Kelly has voted with the president’s legislative agenda 98 percent of the time since entering the Senate in 2021.

“When I debate Mark Kelly, I am going to hold him accountable to his voting record,” Masters said. “He was an astronaut. So you ask him about the border crisis, and he says, ‘You know, good question. When I was commanding the space station, I would look out the window and look at that big blue ball and realize that we are all in this together.’ No dude. Stop with the platitudes. Stop with the banalities. No one cares that you were an astronaut.” 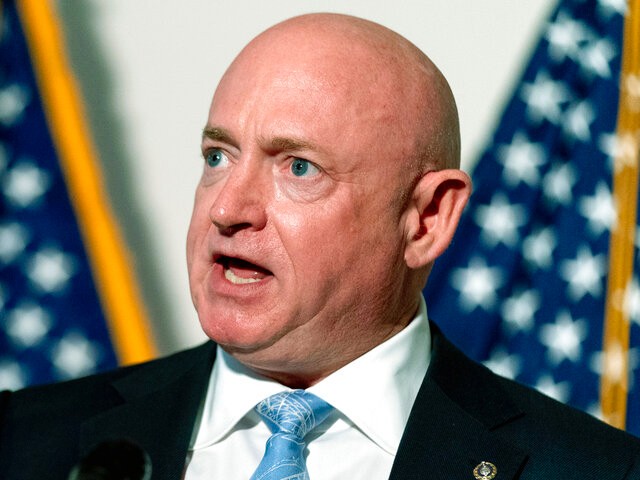 As the November election approaches, Kelly has attempted to sound more moderate by coming out publicly against the Biden administration’s decision to end Title 42. However, the Arizona Democrat voted against a government funding bill last August that would have established a “deficit-neutral reserve fund relating to ensuring that the Department of Homeland Security,” giving border officials the authority to deport migrants it deemed necessary on Title 42 grounds.

Kelly’s approach in appearing moderate is likely in response to the president’s low poll numbers that are hampering fellow vulnerable incumbent Senate Democrats up for reelection. The approach may not be paying off for the former astronaut, as a poll conducted in March found that a plurality of Arizonans would rather choose a generic Republican on the ballot as opposed to the incumbent senator.

Masters will have to go through a contested primary before facing Kelly in the general election. According to a recent Trafalgar poll, the Thiel-backed candidate is currently polling at 19.4 percent, trailing behind businessman Jim Lamon at 24.8 percent and Arizona Attorney General Mark Brnovich at 23.9 percent, while 20.6 percent of voters remain undecided.

Despite trailing by over five points in the Trafalgar poll, Masters could be in a good position to land the coveted Donald Trump’s endorsement. The former president called into a Master’s campaign event on Saturday to criticize Brnovich for not doing enough to look into fraudulent ballots amid the aftermath of the 2020 Presidential election.

The Arizona Republican U.S. Senate primary is set to take place on August 2.