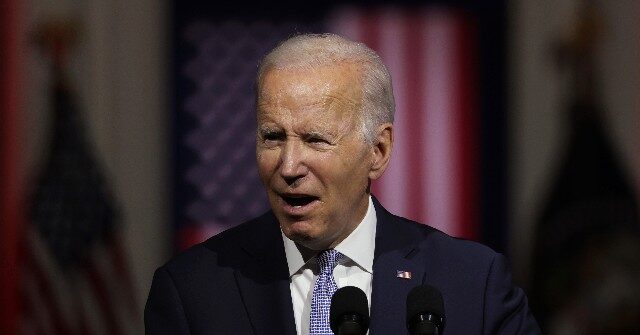 On Tuesday’s “Hugh Hewitt Show,” host Hugh Hewitt said Democrats and the Biden administration have bet on making the 2022 midterm elections about attacking the right as semi-fascist and have completely abandoned President Biden’s student loan debt cancellation program after touting the program because “They got a week of blowback from ordinary Americans saying, are you out of your mind?”

Hewitt stated, “Bret Baier was telling me a couple of weeks ago on his show that it seemed to him that the Democrats have made a big bet. Their big bet is on semi-fascist and fascism and the red setting speech [Biden’s speech on Thursday]. And that they’re just going to stick with this despite the overwhelming rejection of it. I don’t think they are sticking with underlining the student loan bailout because the President has had three opportunities to talk about that. He did not talk about it in the red setting speech. He just didn’t even — a week earlier, this was the greatest thing since sliced bread. They got a week of blowback from ordinary Americans saying, are you out of your mind? And then they’ve dropped it. But it’s too late. It’s a trillion dollars and it’s inflationary.”