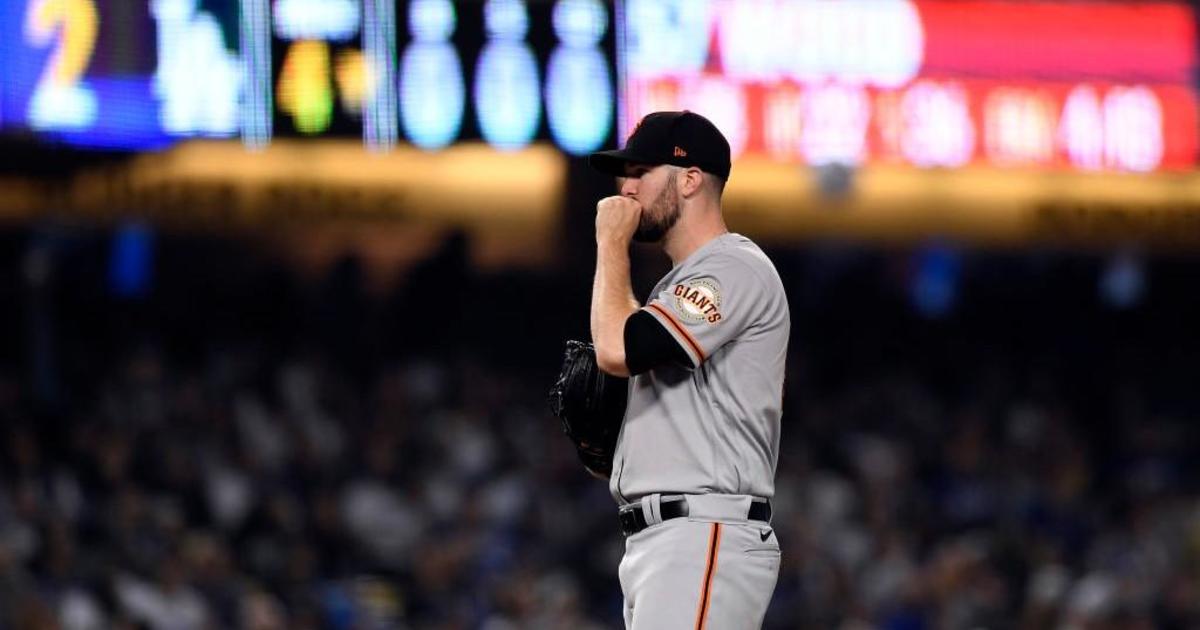 Trea Turner and Will Smith had RBI singles in the fourth inning for the Dodgers, who scored six runs in their final two at-bats. Los Angeles has won four of five and 15 of 20.

The Dodgers took the first two of 19 meetings this season between these California archrivals and NL West powers who won a combined 213 games last season.

Alex Wood (2-2) yielded four hits and three runs while pitching into the sixth against his former team for the Giants, who have lost three straight and five of six.

San Francisco went ahead in the second when Brandon Crawford barely cleared the right-field fence with his second homer of the season.

Wood, who finished with seven strikeouts, spent five seasons with the Dodgers over two stints. He won 16 games in 2017 before returning in 2020 and filling a key playoff role for LA’s World Series champions.

Wood retired the Dodgers’ first nine batters before Betts led off the fourth with a single, catalyzing a two-run rally.

Betts then crushed Wood’s first pitch of the sixth to deep center — and a fan in Giants gear prevented Mike Yastrzemski from having any shot at pulling it back by catching it on the fly from the first row. The homer was Betts’ fourth of a slow-starting season.

Los Angeles added four runs in the seventh on Gavin Lux’s bases-loaded single, Betts’ long sacrifice fly and Freeman’s triple to right, which was greeted by the loud chants of “Freddie! Freddie!” that have become a regular soundtrack in Chavez Ravine.

Muncy singled in the seventh and added a two-run homer in the eighth, snapping an 0-for-15 skid and securing just the second two-hit game of his bumpy season.

Justin Turner ended his 0-for-17 slump with a long single immediately after Muncy’s homer.

Giants: Yastrzemski went 1 for 4 in his first game back from the COVID-19 list. He missed seven games. Luke Williams, the final batter in Tuesday’s loss, got optioned to Triple-A Sacramento to make room.

Dodgers: LHP David Price has rejoined the team after testing positive for COVID-19 on April 24. He won’t be ready to pitch until next week at the earliest, but will travel to Chicago with the Dodgers this week.

Dodgers: After LA’s second day off in four days, Tyler Anderson (2-0, 2.55 ERA) will take the mound at Wrigley Field on Friday for a series opener against the Chicago Cubs.