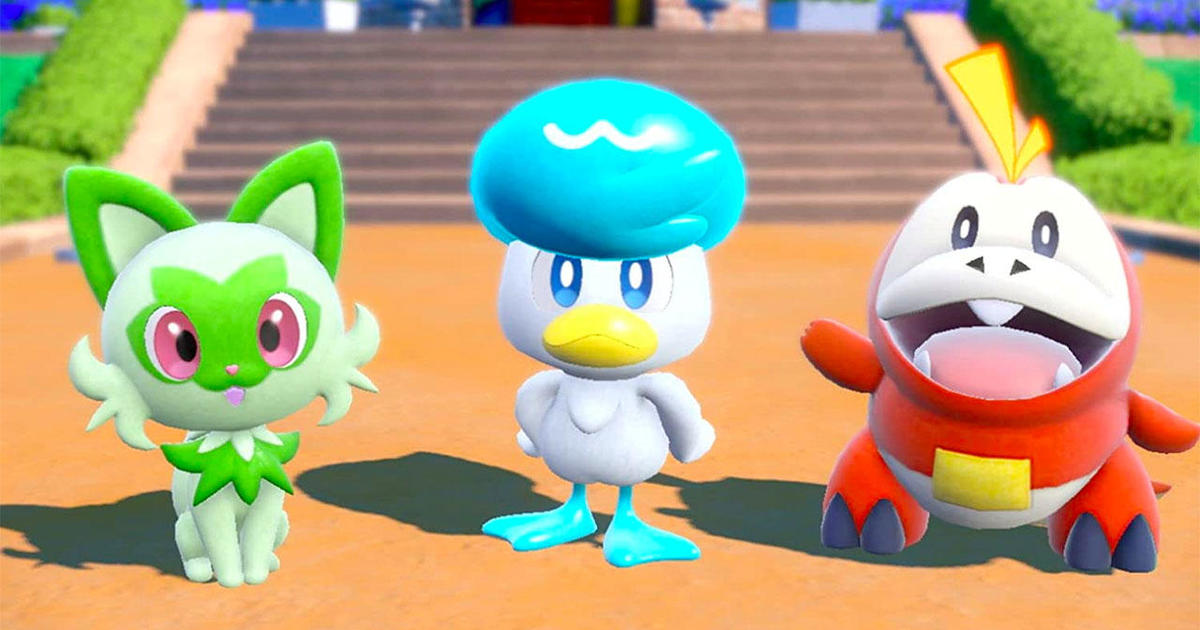 What kid (or adult) doesn’t love opening a brand new video game on Christmas morning? If you’re looking to wow someone special this holiday season, we’ve put together a list of the bestselling games for the Nintendo Switch right now. Find those top Nintendo game picks below.

Top products in this article:

The Nintendo Switch gaming system was released more than five years ago, but it’s still going strong. The console now has a deep library of top-rated titles to enjoy, including Mario Kart 8 Deluxe, Super Smash Brothers Ultimate and the masterpiece The Legend of Zelda: Breath of the Wild.

There are plenty of new must-play games coming too — and soon. In November, gamers will be able to get their hands on the open world games Sonic Frontiers (Nov. 8), Pokémon Violet and Pokémon Scarlet (Nov. 18). Then, in early 2023, Switch owners can play the long-awaited sequel The Legend of Zelda: Breath of the Wild 2.

If you’re doing holiday gift shopping for someone who has a Nintendo Switch, we’ve put together a list of the bestselling games of the 2022 holiday season, including these yet-to-be-released Switch games that are topping the charts as pre-orders.

These are the most popular Nintendo Switch video games of the 2022 holiday season so far, according to Amazon. Many of these games are rated 4.8 stars or higher!

Unlike past games in the Pokemon franchise, there’s no set path in Pokémon Violet and Pokémon Scarlet. This means you can explore multiple stories in a vast world at your own pace and challenge gyms in any order. The two games are very similar, though the name of the school, its emblem, its uniforms, and other details in the game will differ depending on whether you play Pokémon Scarlet or Pokémon Violet.

Pokémon Scarlet and Pokémon Violet are slated for release on Friday, Nov. 18. Preorder now at Amazon and you’ll take delivery on the release date.

In Bayonetta 3, the latest game in the Bayonetta series, you play a gun-toting, demon-summoning witch fighting against man-made bioweapons. You’ll travel to China, Toyko and more distant locales.

There’s a single-player mode in Splatoon 3, but the real fun here is to be had in four-versus-four turf wars where you compete against another team to cover arenas with paint. There are new paint weapons, new maneuvers and new stages to explore. Rated 4.8 stars on Amazon.

Mario Kart 8 Deluxe is the signature racing experience for the Switch. Race your favorite Nintendo characters across a series of Mario-inspired tracks, including several iterations of the dreaded Rainbow Road track. Plus, stay tuned: Mario Kart 8 Deluxe is slated to get new DLC releases through 2023.

The game is on sale now at Amazon. Rated 4.9 stars.

Mario + Rabbids Sparks of Hope is a strategy-type RPG game — you’ll fight your way through strategy battles as your favorite characters from the Super Mario Bros. and Raving Rabbids universe. Rated 4.4 stars.

The base version of Super Smash Bros. Ultimate, Nintendo’s iconic fighting franchise, features 74 characters, with even more available through DLC. There’s a story mode, of course, but the real fun comes in beating up on friends and family, both locally and online, across a series of familiar Nintendo worlds. Rated 4.9 stars.

Good news: The game is being sold at a reduced price on Amazon right now. Rated 4.8 stars.

If you have kids, chances are you’re already familiar with this popular sandbox game. Something akin to digital Lego, Minecraft is a world with nearly infinite terrain that can be mined and foraged. Players explore, fend off baddies, craft buildings and other structures and more, alone or with friends online — even those playing non-Switch versions of the game. Rated 4.8 stars.

Aside from the bestselling games above, there are a number of classic, must-play titles for the Nintendo Switch. Many of these games are currently on sale, allowing you to stretch your gift budget.

The Legend of Zelda: Breath of the Wild 2 (pre-order)

Haven’t played the original The Legend of Zelda: Breath of the Wild yet? Good news: Both Amazon and Best Buy currently have it on sale, though the best price is at Best Buy.

Kirby and the Forgotten Land

Kirby and the Forgotten Land, released earlier this year, is a 3D platforming adventure lets you explore abandoned ruins from a lost civilization. Like in past Kirby games, the secret to success is using your enemies’ abilities against them. Bon appetit!

Board games never go out of style, which is part of what makes Mario Party Superstars an instant hit. Combining that board game vibe with five classic N64 boards and the 100 best mini games from the Mario Party series, it’s designed to deliver hours of fun. That’s whether you’re playing with friends or the whole family.

A remaster, not a remake, The Legend of Zelda: Skyward Sword HD is a graphically improved version of the 2011 Nintendo Wii title. Some reviewers have panned the game’s obsession with motion controls, but still, it is a must-play for any The Legend of Zelda fan.

“Animal Crossing: New Horizons” is akin to a digital getaway — perhaps that’s why it’s been so popular during a pandemic. This low-pressure game places you square on your own deserted island, where you collect resources, craft items and build homes to create your own personalized world. Get it for $10 off on Amazon.

Another Pokémon game on Amazon’s bestseller list, “Pokemon Brilliant Diamond” is a remake of the 2006 Nintendo DS title, “Pokémon: Diamond.” Also set in the Sinnoh region, the game retains the original story and Pokémon lineup along with some nice modern upgrades, such as a revamped battle screen. It released alongside its sister title, “Pokémon Shining Pearl,” another title Pokémon should check out.

Side-scrolling adventure “Super Mario Maker 2” features the single-player Story Mode, which comes with 100 built-in courses that you can use to rebuild Princess Peach’s castle. Team up with friends in Course Maker, where you can create your own courses and use new tools and course parts.

In “Luigi’s Mansion 3,” you play Luigi, who is tasked with finding Mario and their friends at the Last Resort ScareScraper. This scarefest is full of ghosts that need vacuuming and toads that need rescuing. Luckily, you’ve got the handy-dandy Poltergust G-00 to help you.

Amazon reviewer Christopher Boyer says, “while the game is designed to appeal to everyone, Nintendo took the time to add some extra nods to long-time fans, not only in the worlds and the critters/characters you happen across, but through set pieces and a spectacular mid-game musical number that old-timers like me have to appreciate.”

Nintendo’s party game series, Mario Party, launched on the Switch back in 2018 and has been a bestseller since. “Super Mario Party” features new game boards, 80 new mini-games and new mechanics, such as character-specific dice blocks to enjoy with friends and family locally or online. Reach for those stars!

“Mario Golf Super Rush” mixes a traditional golfing game, played across a series of Mario-inspired courses. Sure, you can get your ball onto the green — but that putt might not be so easy if a Bob-omb goes off first.

Part video game and part workout, “Ring Fit Adventure” challenges you to defeat a bodybuilding dragon by completing a series of exercises in real life. Yes, really. This game comes packaged with fitness-ring and leg-strap accessories — everything you need to get a good workout in using the Nintendo Switch.

The game series that combines fun with sweating it out, “Just Dance,” is back for 2022 with 40 of the most popular songs and a fresh gameplay. A whole-family affair, it also comes with eight kid-friendly tracks and a kids mode. Plus, it’s discounted on Amazon right now, dropping to almost 50 percent off and offering a one-month free trial of Just Dance Unlimited for access to over 700 more songs.

A surprise indie hit of the pandemic, “Among Us” is a social game. Each game is played online, with a number players labeled as “imposters.” Most players try to complete a series of simple tasks while the few imposters sneak around trying to kill them and evade detection as the secret bad guys.

This charming (and quite tough) indie platformer about a girl climbing a mountain has a simple, pixelated style, but don’t be misled. Aside from offering plenty of serious gaming challenges and a beautiful score, “Celeste” offers a deep, touching story that deals with serious mental health issues.

We have just one thing to say to those who haven’t played a game from the Phoenix Wright: Ace Attorney series: Objection! This two-game Ace Attorney collection, set in late 19th-century Japan, features 10 cases that require you to search for evidence, think logically and call witnesses out on their lies.

“Stardew Valley” is a relaxing, low-res farming simulator. Players grow crops and raise livestock, craft and sell goods, and even raise a family.