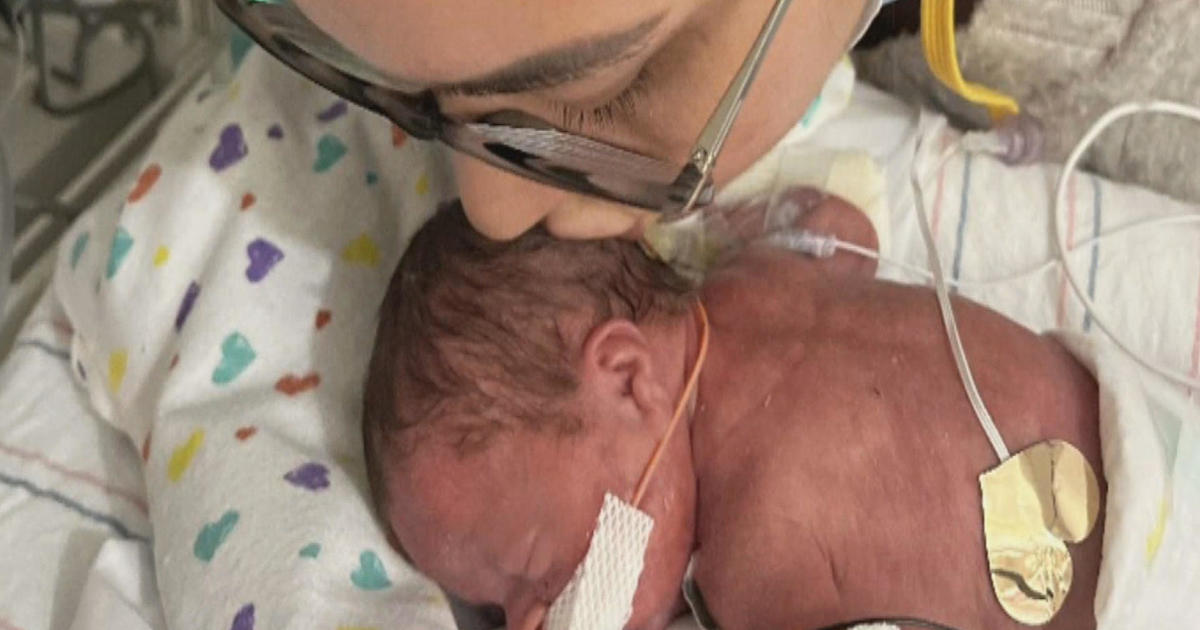 Two hundred and two “next-days.” That’s how long Shana and her family have watched their incredible Abel fight to stay alive. He came October 28, at just 22 weeks.

Abel was only one pound, eight ounces. His survival seemed bleak.

“They wanted to do comfort care twice the first three weeks he was born. My kids were able to come in the second week to say bye,” she said.

But for nearly seven months of loving care by his teams at Beth Israel and Children’s, Abel kept amazing. He never gave up.

“You sit in a room for a long time watching other families – I’ve watched more than 50 babies leave during my stay. We’ve had more than 19 roommates. You pray to God I hope that’s going to be me one day,” Shana said emotionally.

Instead of dwelling on that revolving door of discharges, and asking ‘why me?’ The mother of this miracle – held her husband’s hand in faith – and trusted that God had their boy in his.

“It’s brought me so much closer to God. My eyes are opened. I’m very thankful for so much more things. I could have died too that day,” Shana said.

This Sunday, the NICU’s longest little patient will go home to Wilmington, to his overjoyed parents and three siblings.

“God can do miracles. Some people might think it’s insane, but it’s really true,” Shana said.