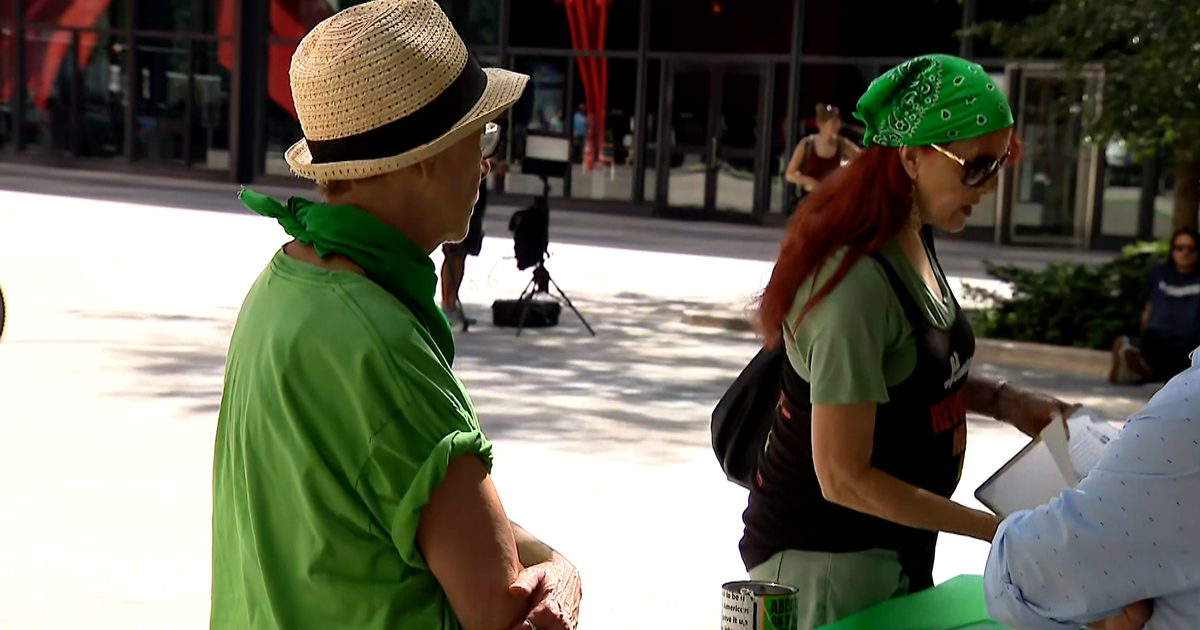 CHICAGO (CBS) — Some women who say their lives were changed forever because of their access to abortion were angry and disappointed at the U.S. Supreme Court ruling overturning Roe v. Wade on Friday.


CBS 2’s Sabrina Franza talked to several of those women – one of whom had to travel to another state to get an abortion before Roe was decided nearly 50 years ago.


The struggle to find abortion care is something that woman – Rise up for Abortion Rights volunteer Jessie Davis – thought no one else would have to go through again. But that changed Friday.


“I’m sure that they’re extremely scared,” Davis said. “This whole attempt to make abortion illegal is really to suppress women; to put clamps on any kind of rights women have gained in this last period.”


Planned Parenthood of Illinois said they anticipate 20,000 to 30,000 extra women will be in the same boat – but coming to our state from neighboring states for abortion care.


For perspective, in 2020, experts say 10,000 women crossed state lines into Illinois for abortion.


Now, it is a matter of figuring out how that is going to work for women who need it, and for those who can’t afford to travel.


“Black and brown communities, people living in rural areas, people with low incomes, people with disabilities – all the folks who already face the most barriers to accessing health care, including abortion, will be impacted by today’s decision,” said Planned Parenthood of Illinois President and Chief Executive Officer Jennifer Welch.


Mayor Lori Lightfoot has said she would look into more funding for health care providers to assist travel and abortion access in the upcoming budget. But some say waiting for the next budget to pass might not be the answer.