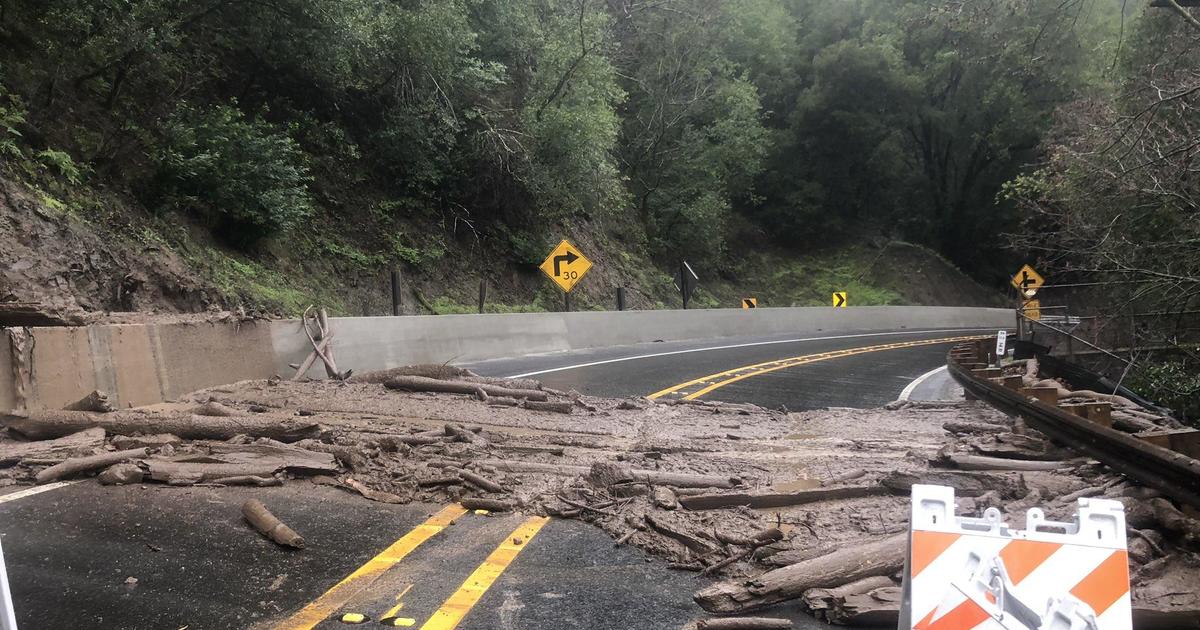 Landslides of rock and mud closed roadways Friday across California as heavy rains kicked off what will be a series of storms poised to usher in the new year with downpours and potential flooding across much of the state and multiple feet of snow in the Sierra Nevada.

The atmospheric river storm, a long and wide plume of moisture pulled in from the Pacific Ocean, began sweeping across the northern part of the state Friday and was expected to bring more rain through Saturday, according to the National Weather Service in Sacramento.

A winter storm warning was in effect into Sunday for the upper elevations of the Sierra from south of Yosemite National Park to north of Lake Tahoe, where as much as 5 feet (1.5 meters) of snow is possible atop the mountains, the National Weather Service said in Reno, Nevada.

A flood watch was in effect across much of Northern California through New Year’s Eve. Officials warned that rivers and streams could overflow and urged residents to get sandbags ready.

Landslides already had closed routes in the San Francisco Bay Area, between Fremont and Sunol, as well as in Mendocino County near the unincorporated community of Piercy and in the Mendocino National Forest, where crews cleared debris into Friday night.

Humboldt County, where a 6.4 magnitude earthquake struck on Dec. 20, also saw roadways begin to flood, according to the National Weather Service’s Eureka office. A bridge that was temporarily closed last week due to earthquake damage may be closed again if the Eel River, which it crosses, gets too high, officials said.

Authorities in San Mateo County shut down a portion of Highway 92 in Half Moon Bay, early Saturday morning, as stormwater stretched across the stretch amid continuing heavy rain. They said there was “no estimated time to reopen.”

It was the first of several storms expected to roll across California over the next week. The current system is expected to be warmer and wetter, while next week’s storms will be colder, lowering snow levels in the mountains, said Hannah Chandler-Cooley, a meteorologist at the National Weather Service in Sacramento.

The Sacramento region could receive a total of 4 to 5 inches (10 to 13 centimeters) of rain over the span of the week, Chandler-Cooley said.

The California Highway Patrol reported some local roads in eastern Sacramento were under water and impassable at times on Friday. By nightfall, nearly 5 inches (12.7 centimeters) of rain had fallen over the past 24 hours in the Sierra foothills at Blue Canyon about 70 miles (112 kilometers) northeast of Sacramento, the weather service said.

Sacramento’s fire officials planned to broadcast evacuation announcements from a helicopter and a boat along the American River — a spot where many unhoused people live in encampments — to warn of flooding.

In a tweet, the California Highway Patrol highlighted a mudslide in Alameda County that scattered timber across a road bend.

“A good reminder to slow down with all the rain we’re having. You never know what will be around the next corner. Please drive safe and give yourself extra time,” the agency’s Dublin area office tweeted Friday.

A winter storm warning was in effect through 4 a.m. Sunday for much of the Sierra, including the highest elevations around Lake Tahoe where more than a foot of snow was expected near the shores at an elevation of about 6,200 feet (1,889 meters) and up to 5 feet (1.5 meters) above 8,000 feet (2,438 meters) with winds gusting up to 100 mph (160 kph) over ridgetops.

“Strong winds could cause tree damage and lead to power outages and high waves on Lake Tahoe may capsize small vessels,” the weather service in Reno said.

Avalanche warnings were issued in the backcountry around Lake Tahoe and Mammoth Lakes south of Yosemite.

On the Sierras’ eastern front, flood watches and warnings continue into the weekend north and south of Reno, Nevada, where minor to moderate flooding was forecast along some rivers and streams into the weekend.

At Susanville, California about 85 miles (137 kilometers) north of Reno, the Susan River was forecast to rise from about 5 feet (1.5 meters) Friday to a foot (30 centimeters) above the flood stage of 12 feet (3.6 meters) by Saturday morning, causing moderate flooding that could affect some homes, roads and bridges, the National Weather Service said.

In Southern California, moderate-to-heavy rain was forecast for Saturday. The region will begin drying out on New Year’s Day and the Jan. 2 Rose Parade in Pasadena should avoid rainfall.

Heavy showers are forecast for Tuesday or Wednesday, the National Weather Service in Oxnard said.

The rain was welcomed in drought-parched California, but much more precipitation is needed to make a significant difference. The past three years have been California’s driest on record.