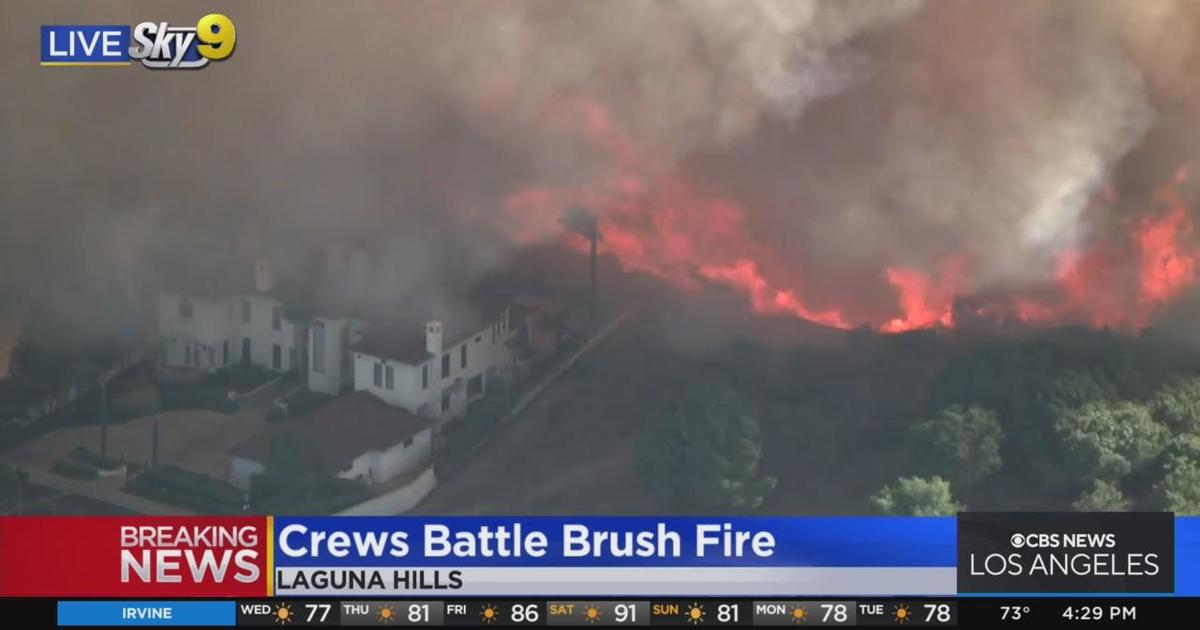 A wind- and terrain-driven fire chewed through brush in Aliso Wood Canyon between Laguna Niguel and Laguna Beach today, with the flames advancing toward high-dollar hillside estates overlooking the ocean, burning at least five multimillion-dollar homes.

“Unfortunately I think this is what we’re going to be experiencing over the next several weeks and years,” said Chief Brian Fennessy of the Orange County Fire Authority during a press conference Wednesday night. “The vegetation is so dry it is not taking much for the fire to take off running and burn very quickly.”

The flames spread quickly as they tore through thick brush on the hillside, aided by ocean winds that sparked spot fires ahead of the main blaze.

The fire pushed its way uphill, advancing on Aliso Summit Trail and into the neighboring multimillion-dollar estates.

Multiple structures caught fire in the 30300 block of La Vue near the Aliso Summit Trail, with others along Coronado Pointe also believed to have burned.

There were no immediate reports of injuries, according to Chief Fennessy.

“We have the entire region focused on this fire right now to make sure we have every fire engine available in the area to put this fire out,” said Orange County Supervisor Lisa Bartlett.

The flames advanced even as fixed-wing planes dropped fire retardant on the hillside in hopes of slowing the advance of the flames. Several water-dropping helicopters were also being employed in the firefight.

Evacuations were ordered in the Coronado Pointe and Pacific Island Drive areas, while voluntary evacuation orders were issued in the Balboa Nyes and Moulton Meadows neighborhoods in Laguna Beach. Students taking part in after-school activities at Laguna Beach High School were also evacuated, according to the school district.