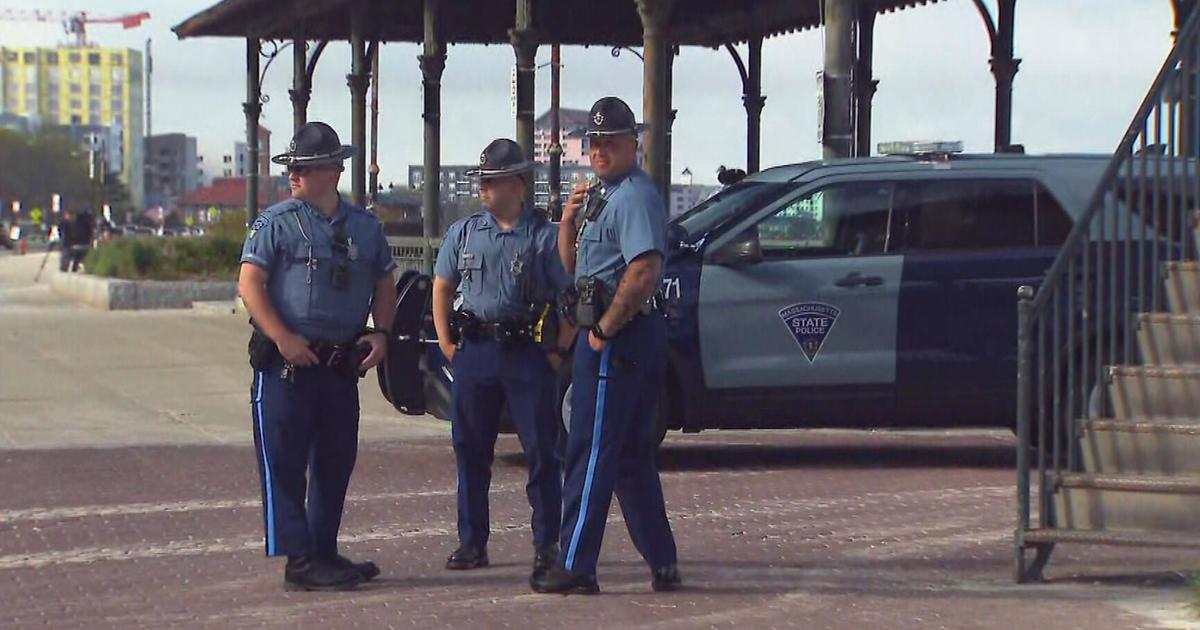 REVERE – Police in multiple New England beach communities dealt with unruly crowds on Saturday, leading to a number of arrests.

Massachusetts State Police are stepping up patrols at Revere Beach and Carson Beach on Sunday, a day after troopers arrested beachgoers.

At least seven people were arrested on Revere Beach. Charges ranged from assaulting a police officer to operating under the influence of drugs.

Last week, a person was hospitalized when fights broke out on the beach.

In response, a parking ban was put in place from 6 p.m. Saturday night until 5 a.m. on Sunday. The beach was also closed an hour after dusk.

“Perfect beach day ⁦at Revere & Carson. We welcome all to come enjoy the day AS LONG as they obey the law,” Massachusetts State Police tweeted on Sunday.

Police in New Hampshire responded to a report of a large group forming on Hampton Beach around 6 p.m. on Saturday with fights breaking out within the group.

Hampton Police said they were aware of a “well-advertised” event planned through social media, and began to disperse the group.

After leaving the sand, the group began to form on Ocean Blvd.

Traffic was stopped for about an hour as police in riot gear moved the group. A total of 10 arrests were made on charges of disorderly conduct and resisting arrest. Charges of riot are expected to be added.

No one was hurt during the incident.