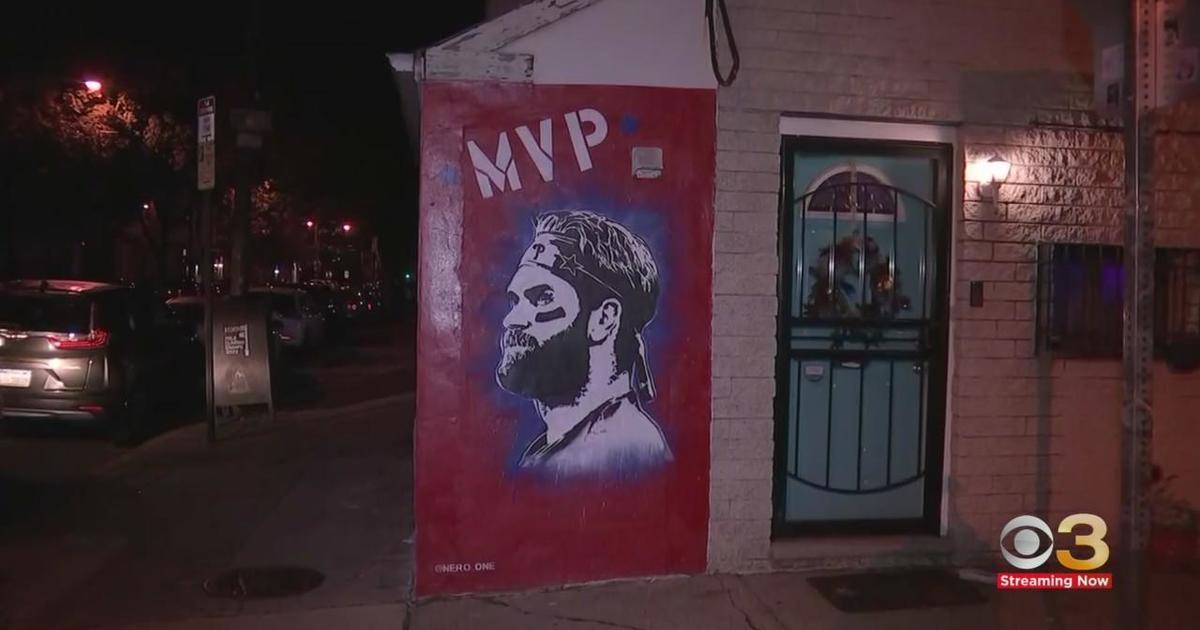 PHILADELPHIA (CBS) — Phillies fever is taking over the City of Philadelphia and murals of reigning MVP Bryce Harper are popping up. A mural of Harper at 12th and Christian Streets was created by artist Nero.

The artist says he was torn between depicting Rhys Hoskins or the MVP, but he says Harper is his “guy.”

Yesterday, we showed you an enormous Bryce Harper mural that was also painted in South Philadelphia. It’s slightly hidden inside the gates of Dougherty Electric, but artist Joe Dougherty says he’s been using the wall of the building to express his art for years.

Another Phillies mural was also painted at a bar in the city’s Manayunk neighborhood. Graphic designer Drew Montemayor used the patio wall at The Rook to recreate a botched mural that showed up in San Diego last week.

The mural depicted the San Diego Chicken stomping on our beloved Phillie Phanatic, but the day after losing Game 1 of the NLCS the city covered up the mural.

Now, there’s a mural of the Phanatic stomping the Chicken painted at The Rook.