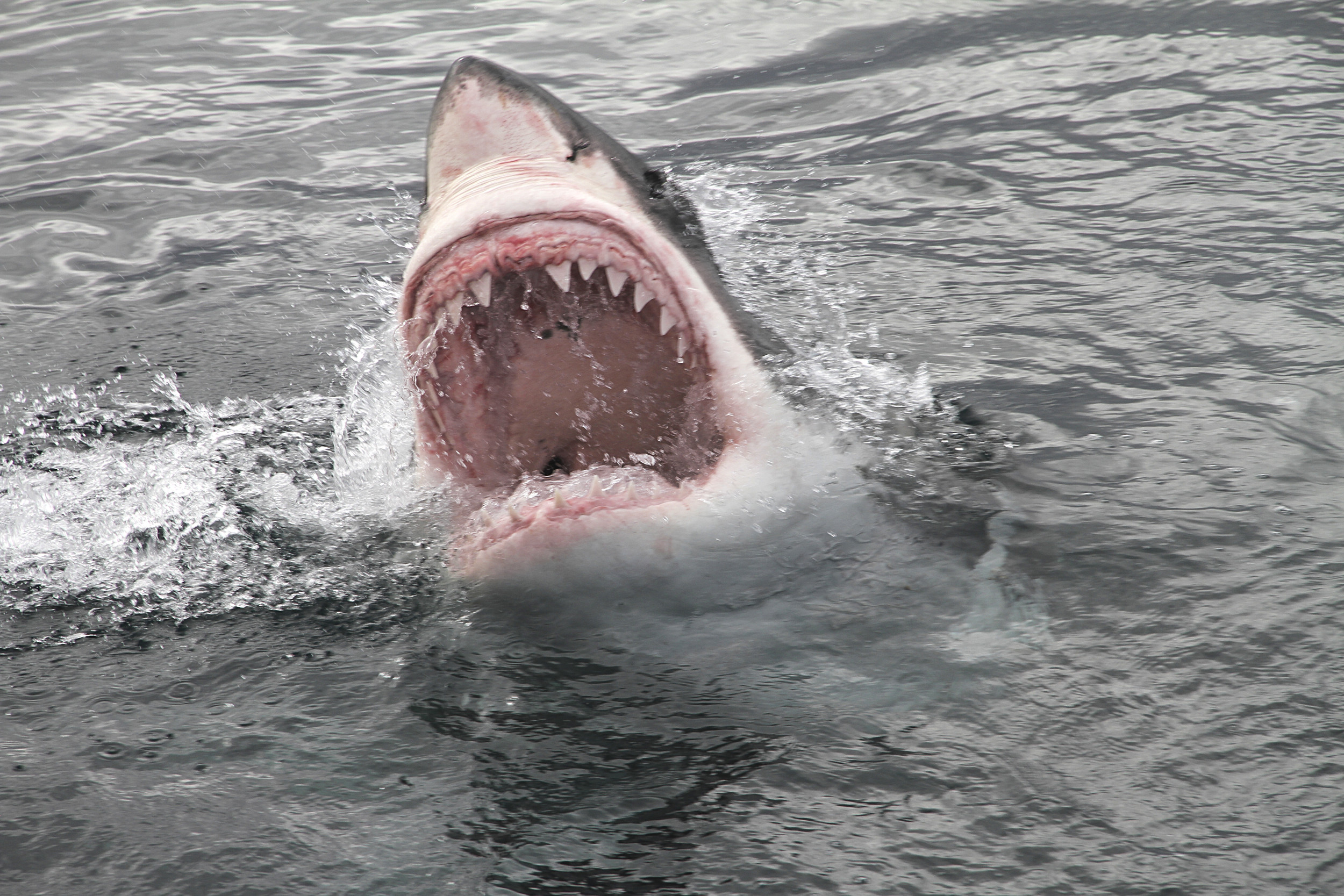 Sharks have a fearsome reputation as deadly predators but attacks on humans are rare. Sharks don’t actively seek out humans as prey and prefer to hunt fish or seals.

This doesn’t mean they pose no risk and danger can arise, especially during the summer months, when more people swim in the sea. For this reason, a handful of attacks and fatalities occur every year. Attacks are usually a case of mistaken identity, as sharks may bite a human believing them to be their usual prey. Many sharks let go once they realize their mistake, but their very sharp teeth can cause life-threatening injuries.

Gavin Naylor, Program Director at the Florida Program for Shark Research, who works on the file, told Newsweek: “There have actually been a handful fatalities [worldwide] this last year. The challenge is to determine whether or not they were ‘provoked’ or ‘unprovoked.’ We are still researching these cases. In general the numbers are slightly lower this year but not significantly so.”

A woman from Washington State had been snorkeling off the coast of Hawaii near Keawakapu Point on December 8 when she disappeared without a trace. She had been with her husband at the time, who was also snorkeling nearby.

Several days passed with the woman’s whereabouts remaining a mystery, before officials confirmed that she had been attacked and killed by a shark.

Several eyewitness accounts confirmed the cause of death.

One witness told Hawaii’s Department of Land and Natural Resources that he had spotted the couple snorkeling as the shark approached. He said he began yelling at them both to get out of the water.

The witness then said he saw a shark feeding on something “in the middle of the red cloud in the water.” The woman disappeared, but the eyewitness continued yelling at the man to get out of the water.

The woman’s husband also said he had seen a shark about 50 yards offshore. After the woman went missing, he continued to search for her. The shark then began to circle the man, but eventually left the area. The husband had noticed it had blood around its gills.

The shark’s exact species was not confirmed but some believed it to have been a tiger shark. The tiger shark is one of the “Big Three” shark species responsible for most shark attacks on humans, along with the bull shark and the great white.

The U.S. is usually the country with the highest number of reported shark attacks per year, the International Shark Attack File said.

There have been a few more shark attacks in 2022 compared with the previous year when the International Shark Attack File recorded 47 confirmed unprovoked shark attacks.

In 2021, there were 42 percent more shark attacks than in 2020 but this was largely explained by fewer people being in the water during the coronavirus pandemic.

Of all states, Florida is usually the one with the highest number of attacks. This trend has been consistent for decades and the state has consistently topped shark bite charts. In 2021, Florida’s 28 shark attacks represented 60 percent of the U.S. total.

While there has only been one U.S. fatality this year, it has not been the only attack to occur.

A 17-year-old high school cheerleader, Addison Bethea, had her leg amputated after being attacked by a shark in Florida.

Bethea had been in the waters off Keaton Beach on June 30 when she was attacked by a shark thought to be 9 foot long.

The shark did not let go of her leg until Bethea’s brother dragged her out of the water away from its grip. The teen survived the attack but lost a leg.

In November, a California woman was bitten and shaken by a shark. Lyn Jutronich had been swimming off Del Mar Beach in San Diego on November 4 when she felt the shark slam between her legs.

As the shark clamped down on her right leg, it shook the limb once “like a dog” before letting her go.

Once an avid swimmer, Jutronich said she was not sure she would ever go into the sea again following the incident.

A spate of shark attacks also took place in New York state from June 30 to July 20. There were as many as six shark bites during this time, across beaches in the same vicinity. Before this, the Shark Attack File had only recorded 12 unprovoked bites in New York before 2022.

Do you have an animal or nature story to share with Newsweek? Do you have a question about sharks? Let us know via [email protected]