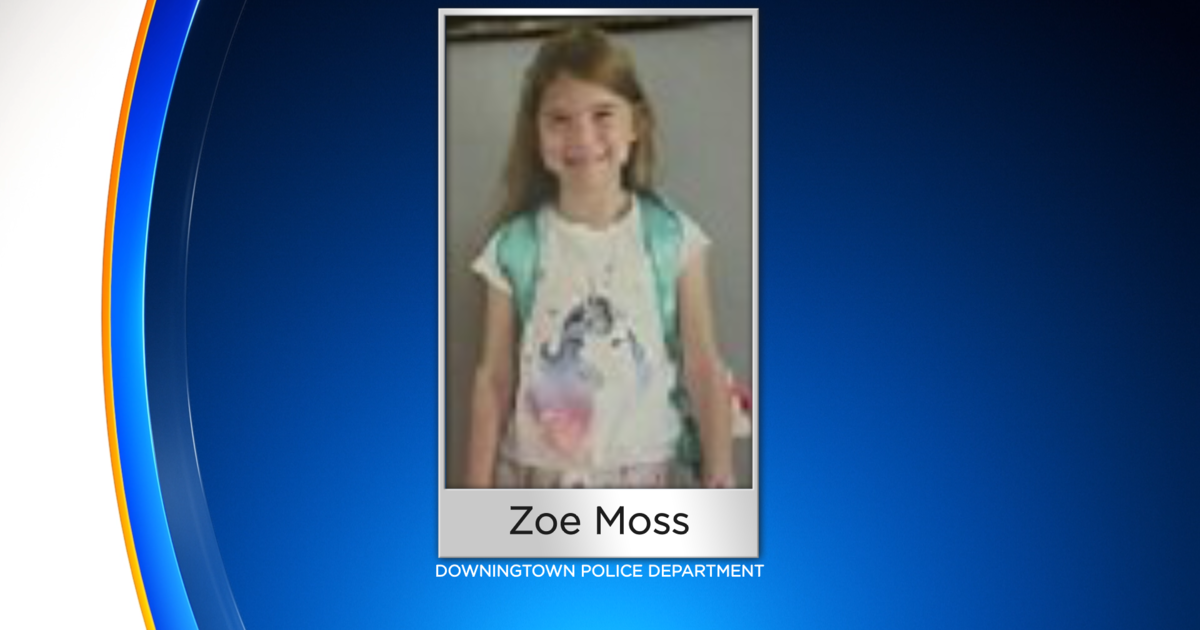 DOWNINGTOWN, Pa. (CBS) — An Amber Alert has been issued for a missing 6-year-old girl in Downingtown. The Downingtown Police Department are looking for Zoe Moss who they say was last seen in the 400 block of Washington Avenue around 6:10 p.m. Tuesday.

Police say the girl is approximately 4 foot and weighs 50 pounds. She has light brown hair and blue eyes.

According to state police, Moss was allegedly abducted by Vanessa Gutshall in a gray 2016 Volkswagen Jetta Sedan.

The vehicle has a Pennsylvania registration of KXR3699.

Gutshall is 5-foot-2, 100 pounds with light brown hair and blue eyes. Police say she was wearing blue sweatpants and a blue hoodie.