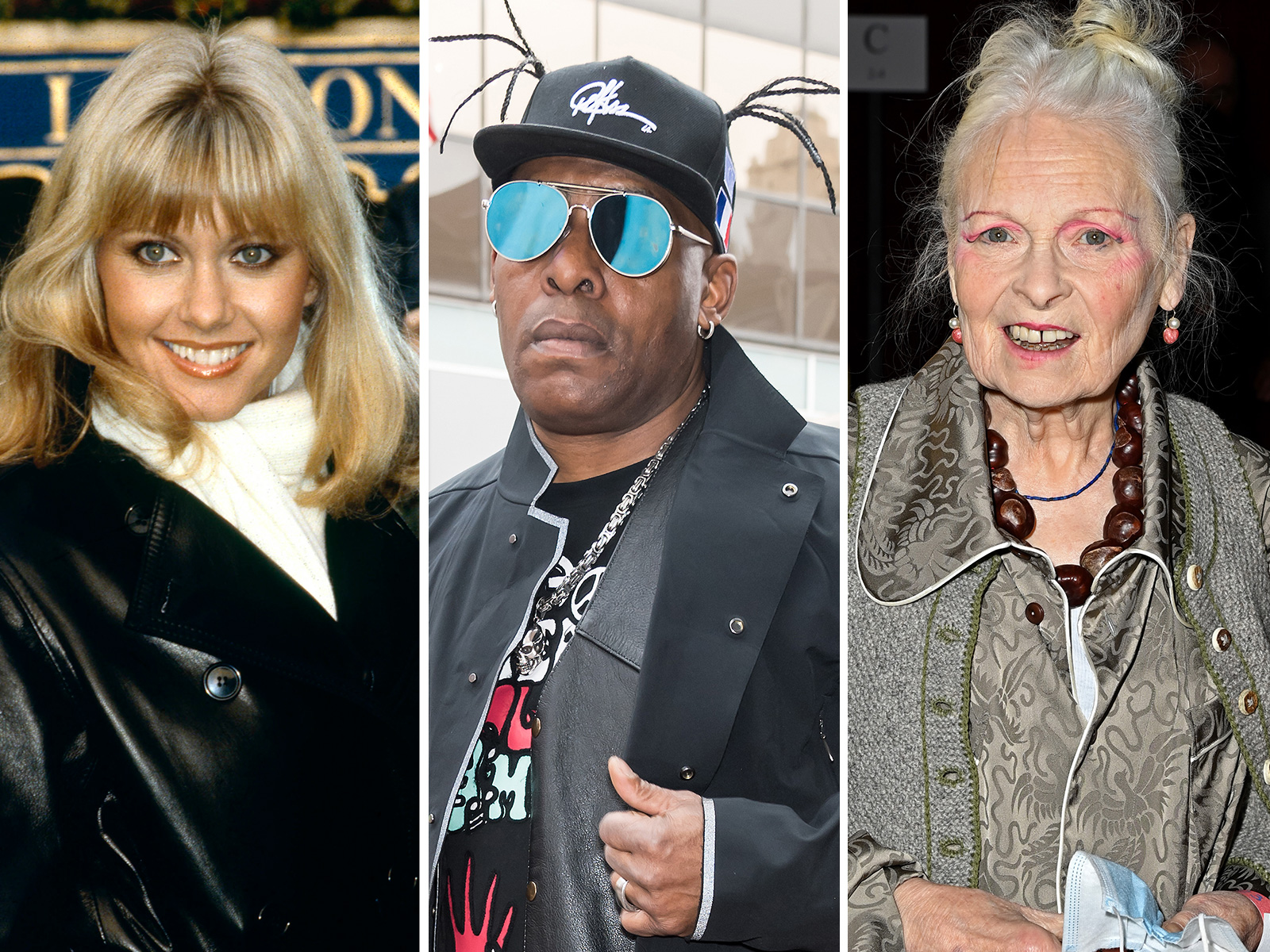 The year 2022 is coming to an end and while everybody celebrates the new year approaching, the beginning of 2023 will lead many of us to pause and reflect on the rollercoaster of 2022.

Despite the numerous highs of the past year, 2022 also marked the deaths of a number of famous faces that millions across the world had grown up with or had come to love.

The year marked the death of Queen Elizabeth II, who died peacefully at Balmoral, in Scotland, on September 8, aged 96, ending the longest reign in British history.

Newsweek has taken a look back at the famous faces the world lost in 2022.

The “Bat Out Of Hell” singer died with loved ones by his side, according to a statement shared on behalf of the star’s family on his official Facebook account.

“Our hearts are broken to announce that the incomparable Meat Loaf passed away tonight with his wife Deborah by his side,” read the statement. “Daughters Pearl and Amanda and close friends have been with him throughout the last 24 hours.”

Other famous faces who died in January 2022 include:

M*A*S*H actress Sally Kellerman died from heart failure on February 24, 2022, at the age of 84. Kellerman was also suffering from dementia.

Kellerman’s career spanned 60 years and outside of M*A*S*H fame, she was well known for starring in the movies Brewster McCloud, Welcome to L.A., and The Player.

Other celebrity deaths in February 2022:

Paying tribute, Hawkins’s wife Alison shared a statement on her late husband’s Twitter account. She said: “As Taylor’s wife, and on behalf of our children, I want to share how much you meant to him and how dedicated he was to ‘knocking your socks off’ during every performance. Taylor was honored to be a part of the Foo Fighters and valued his dream role in the band every minute of his 25 years with them. We consider every band member and the extended Foo Fighters team our family.

“Taylor’s endearing spirit and deep love of music will live on forever through the collaborations he so enjoyed having with other musicians and the catalog of songs he contributed to and created,” she wrote.

Alison continued: “In celebration of his life, it is now up to all of us who loved him most to honor Taylor’s legacy and the music he gave us.”

She concluded her message by reiterating her gratitude for the “love and sympathy” of her husband’s fans, adding: “Taylor loved all of you & we love you too.”

Other celebrities who passed away in March 2022:

Mooney was best known for her work with Vivienne Westwood and the SEX boutique in the Kings Road area of London in the mid-1970s, and for attending many of the early Sex Pistols performances.

Deadline reported that Liotta died in his sleep in the Dominican Republic, where he was filming the movie Dangerous Waters.

Lorraine Bracco, who starred opposite Liotta in Goodfellas, led tributes to him. She wrote on Twitter: “I am utterly shattered to hear this terrible news about my Ray.

“I can be anywhere in the world & people will come up & tell me their favorite movie is Goodfellas. Then they always ask what was the best part of making that movie. My response has always been the same…Ray Liotta.”

Other celebrities who passed away in May 2022 included:

He announced the news on Twitter, writing: “My neighbor, friend, and one of the wisest, most talented, and kindest people I’ve ever met, Philip Baker Hall, died peacefully last night. He was surrounded by loved ones. The world has an empty space in it.”

Other celebrity deaths in June 2022:

Elvis star Shonka Dukureh died suddenly at the age of 44 on Thursday, July 21.

In the Baz Luhrman movie, Dukureh portrayed Big Mama Thornton, an R&B singer, and songwriter, and the first person to record Leiber and Stoller’s “Hound Dog” in 1952.

Dukureh was found dead at her home in Nashville, which she shared with her two young children.

Other famous faces who passed away in July 2022 included:

Her Grease co-star John Travolta led tributes, penning on Instagram alongside a photo of them together: “Yours from the moment I saw you and forever!”

August 2022 also saw the deaths of these celebrities:

Artis Leon Ivey Jr, best known by his stage name Coolio, died at the age of 59.

He was best known for the 1995 Grammy-winning hit “Gangsta’s Paradise”, recorded for the soundtrack for Michelle Pfeiffer’s film Dangerous Minds.

Other celebrity deaths in September 2022 included:

Coltrane was best known for his role as the lovable, dragon-obsessed gamekeeper at Hogwarts, Rubeus Hagrid, but he also starred in two James Bond films as Valentin Zukovsky and played criminal psychologist Eddie “Fitz” Fitzgerald in the British TV series, Cracker.

Following the announcement of his passing, Daniel Radcliffe—who played Harry Potter in the films and worked alongside Coltrane for all eight movies—said in a statement: “Robbie was one of the funniest people I’ve met and used to keep us laughing constantly as kids on the set. I’ve especially fond memories of him keeping our spirits up on Prisoner of Azkaban when we were all hiding from the torrential rain for hours in Hagrid’s hut and he was telling stories and cracking jokes to keep morale up.”

“I feel incredibly lucky that I got to meet and work with him and very sad that he’s passed,” Radcliffe continued. “He was an incredible actor and a lovely man.”

Other celebrities who died in October 2022 included:

Christine McVie, co-lead vocalist, keyboardist, and songwriter of Fleetwood Mac, died on Wednesday, November 30 at the age of 79.

According to a statement from her family, McVie died peacefully in the hospital “following a short illness.” She was in the company of her loved ones, who asked: “everyone to keep Christine in their hearts and remember the life of an incredible human being, and revered musician who was loved universally.”

Fleetwood Mac bandmate Stevie Nicks paid tribute to her “best friend” online, writing: ” I didn’t even know she was ill…until late Saturday night. I wanted to be in London; I wanted to get to London—but we were told to wait. So, since Saturday, one song has been swirling around in my head, over and over and over. I thought I might get to sing it to her, and so, I’m singing it to her now. I always knew I would need these words one day, written by the Ladies Haim. It’s all I can do now.”

Other celebrity deaths in November 2022 included:

Edson Arantes do Nascimento, known to most as soccer star Pelé, passed away on December 29 after a year-long battle with colon cancer and other medical issues. He was 82.

Pelé has been called the greatest soccer player in history, even by the sport’s international governing body FIFA. He was also one of the most popular athletes of the 20th century, leading Brazil to World Cup titles in 1958, 1962 and 1970.

After the announcement, Westwood’s husband and creative partner, Andreas Kronthaler, said: “I will continue with Vivienne in my heart.

“We have been working until the end and she has given me plenty of things to get on with.”

Other famous people who died in December included: